Pepper Health Benefits: Why Your Diet Should Have Bell Peppers, Cayenne Pepper, And Black Pepper

Peppers are an essential ingredient in many cuisines around the world. It’s hard to think of Mexican food without chili peppers or Indian cooking without black pepper. Peppers come in different shapes and sizes too, from big green bell peppers to small red chilies. Some varieties, like black pepper, come from lesser-known peppercorn seeds. In this article, we will give you an overview of pepper health benefits.

Green bell peppers contain healthy prebiotic fiber, which helps to maintain the health of your intestinal tract. They are also high in antioxidants and anti-inflammatory compounds, which help support digestive health (1).

The antioxidants help reduce inflammation throughout the body, including the gastrointestinal (GI) tract, where over-exposure to pro-inflammatory processes can harm microbial cells lining the gastrointestinal system. Anti-inflammatory compounds help minimize damage from substances that may be taken up from food or produced within your body during digestion or detoxification processes (1).

Has Antioxidant And Anti-Inflammatory Properties

In addition, green bell pepper contains potent antioxidant phytonutrients such as lutein, zeaxanthin, and carotene that help neutralize free radicals. These are known to have anti-inflammatory properties that help tamp down inflammation in the body (1). 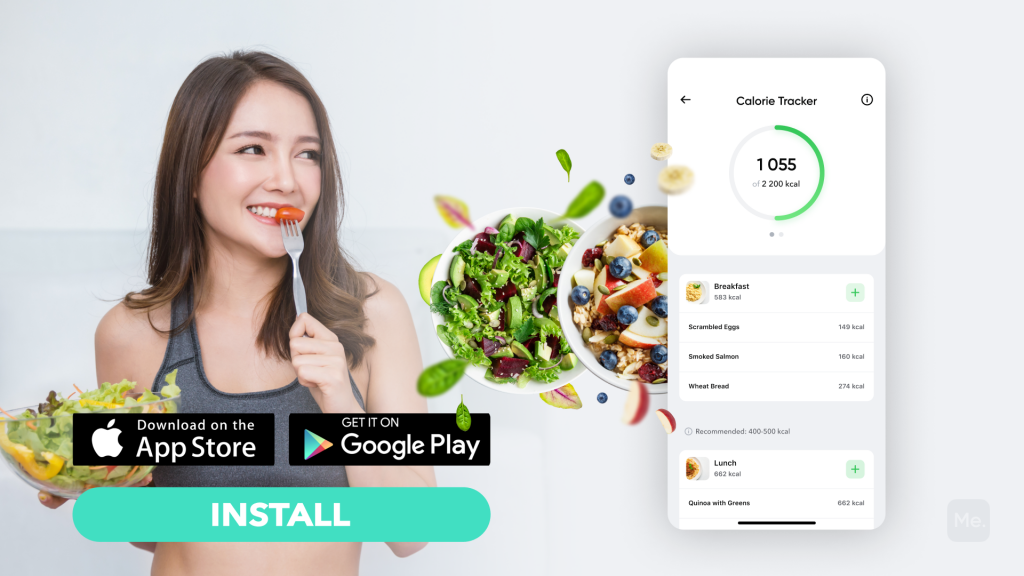 Green bell peppers are good sources of potassium, which helps maintain healthy blood pressure. They are also rich in vitamin A and beta-carotene that help keep your eyesight sharp (1). Vitamin C is also important for the production of collagen (the connective tissue) (12). Since it is water-soluble, vitamin C levels can rapidly decrease if you are suffering from diarrhea or vomiting brought on by the illness.

See also
What Is A Super Fruit: Filling Your Plate With The Healthiest Nature's Gifts Out There

Green bell peppers are considered to be a good source of dietary fiber. Dietary fiber is known to play an important role in weight management, digestive health, and wellness. Fiber helps promote satiety by increasing the time it takes for food to pass through your body. This can help keep hunger at bay between meals (1).

Read More: Are Bell Peppers Good For You? Nutrition And Health Benefits Of These Vegetables 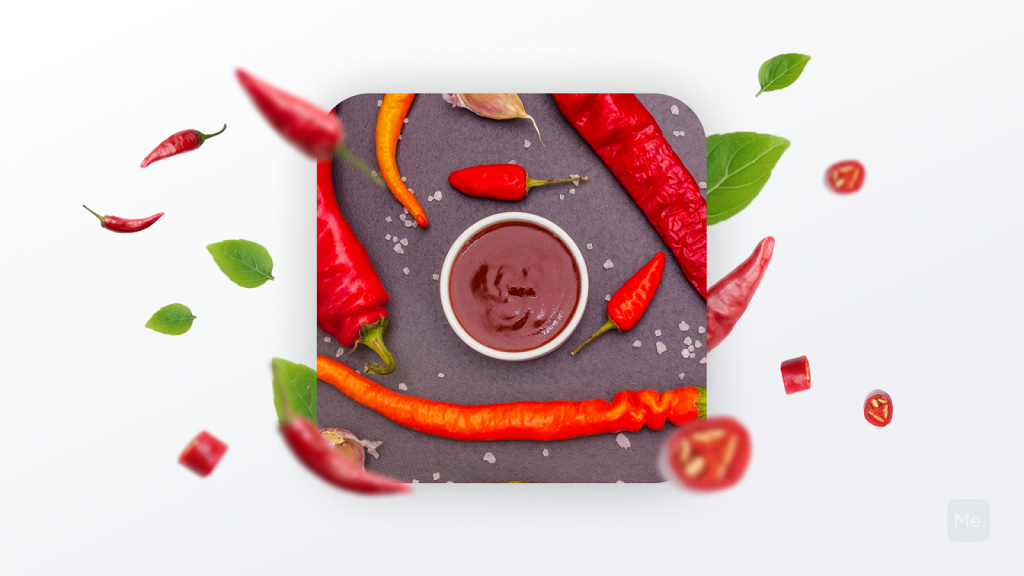 Cayenne peppers are a type of chili pepper. They belong to the nightshade family of flowering plants and are closely related to bell peppers, jalapeños, and habaneros. Cayenne peppers come in different shapes and sizes, as well as levels of heat (ranging from 10,000 – 70,000 Scoville Units). You can purchase cayenne pepper as a powder or as a whole pod.

Consuming cayenne pepper has been shown to offer various health benefits such as:

Cayenne pepper can boost metabolism and increase blood circulation. This is because it contains capsaicin, a chemical that gives the peppers their heat. When consumed, this chemical causes your body to produce more heat. As a result, your body begins to burn more calories, which might  help with weight loss (6).

Cayenne pepper can curb hunger because of its thermogenic effect. This means that it helps your body produce more heat, which then boosts your metabolism and burns more calories throughout the day. The capsaicin found in cayenne peppers may also stimulate a hormone that curbs feelings of appetite (4). 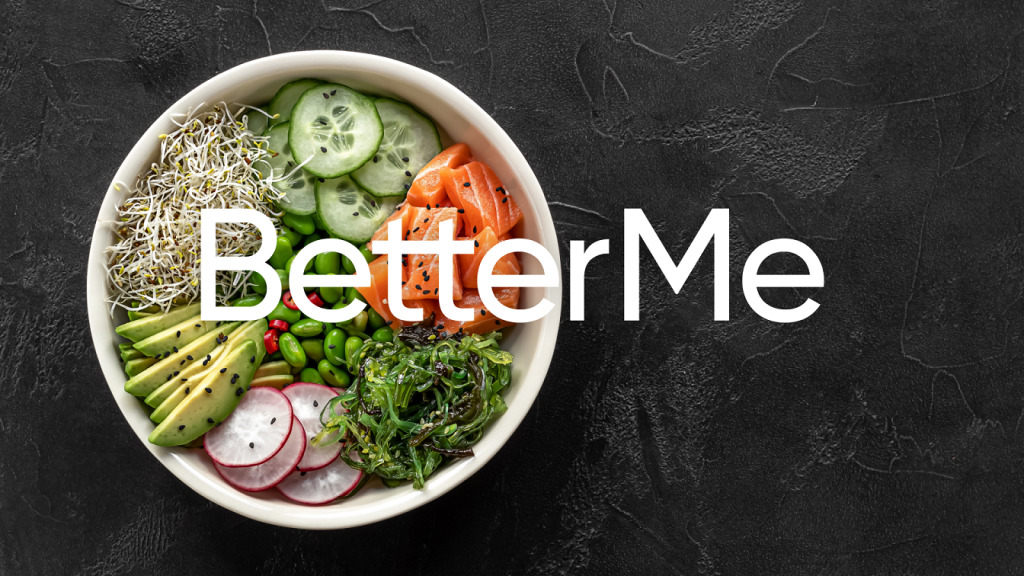 Cayenne pepper is high in vitamin C, which can help to reduce blood pressure. Vitamin C also strengthens the walls of your veins and arteries, helping them to relax. As a result, they are less likely to damage or narrow during periods of stress, thus reducing the risk of heart disease (6).

Cayenne pepper has long been used as a digestive aid. This might be due to its high content of vitamin A, an essential nutrient that may reduce inflammation in the gastrointestinal tract (stomach and intestines). Vitamin A also helps fight infection and prevents ulcers (11).

Cayenne pepper’s active ingredient (capsaicin) has been shown to offer pain relief by depleting certain neurotransmitters (substances that allow nerve cells to communicate with each other). These neurotransmitters are called substance P and calcitonin gene-related peptides. When substance P is released in areas of your body under attack, it causes inflammation and swelling. Capsaicin reduces the release of these chemical messengers, which can help relieve pain caused by arthritis (6).

Cayenne pepper may help relieve the symptoms of psoriasis. This is because it has anti-inflammatory properties and acts as a natural blood thinner, which can reduce redness and swelling associated with psoriasis (6).

Research suggests cayenne peppers can be hepatoprotective (liver protective) and help prevent certain types of cancer such as liver cancer, stomach cancer, and colon cancer. It does this by slowing cancer growth and possibly even killing cancer cells (6).

Cayenne pepper has properties that may help speed up recovery from a cold or flu. This is because it contains capsaicin, which works to relieve congestion by increasing blood flow and opening airways. Additionally, consuming cayenne pepper helps clear out mucus in the sinuses, which allows you to breathe more easily (3). 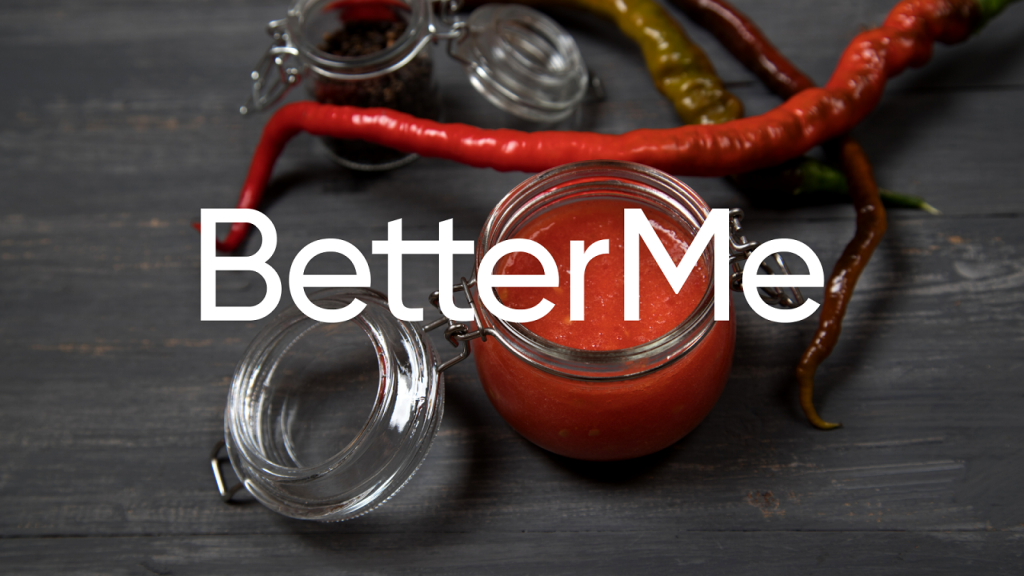 Side Effects Of Too Much Cayenne Pepper

If you consume too much cayenne pepper once or over a short amount of time, you may experience side effects. These can include (6, 5):

Consuming too much cayenne pepper over a short period can also increase your risk of side effects associated with its active ingredient (capsaicin). To prevent this, it’s best to avoid adding more than 1 tsp of cayenne pepper powder into your daily diet, especially if you’re sensitive to spicy foods.

See also
Food Tourism: What It Means And Why It Matters

Cayenne pepper can also interact with certain medications, such as blood thinners, antacids, ACE inhibitors, and aspirin. This is why you should talk with your doctor before taking cayenne pepper if you are on any medications or have pre-existing medical conditions such as high blood pressure, heart disease, or diabetes (6).

Read More: Are Green Peppers Good For You? 6 Reasons And Different Ways To Eat This Vegetable 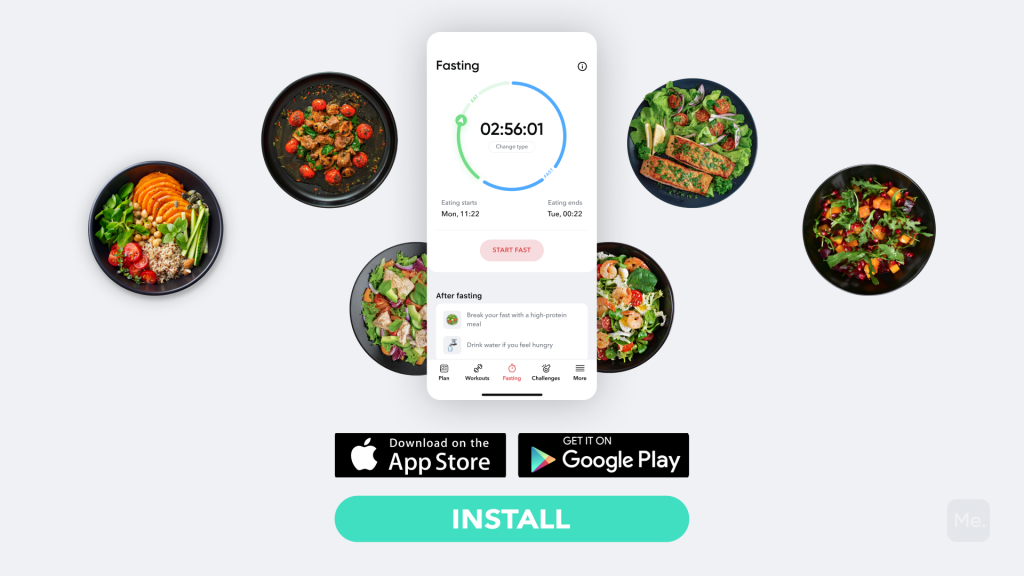 Black pepper is a spice that has been used in cooking for centuries. It’s valued not only because of the flavor it adds to food but also because of its health benefits.

Ground black pepper is high in antioxidants, which help fight free radical damage to the body. Free radicals are created during normal cellular activities and when the body comes into contact with environmental toxins. Over time, free radical damage accumulates and contributes to accelerated aging (2).

Antioxidant-rich spices like ground black pepper may protect cells from damage by neutralizing these unstable molecules. This helps the body maintain optimal health, boosting immunity against disease and slowing down the aging process so that you age better (2).

Black pepper may also help fight inflammation. When the body is in a state of chronic inflammation, it has difficulty functioning well and can’t repair itself effectively. Reducing chronic inflammation is vital to maintaining good health because many diseases are rooted in inflammatory processes. The active compounds in black pepper may work with the digestive system to reduce swelling and pain that’s caused by conditions like arthritis, autoimmune disorders, asthma, bronchitis, colitis, cystic fibrosis, gout, and other inflammatory conditions (2).

Ground black pepper contains antimicrobial properties that might make it effective at killing harmful bacteria found inside the body or on food. It is also said to help eradicate bad breath by simply adding it to your daily routine (2).

Black pepper contains an active ingredient called piperine that may help reduce cholesterol levels in the body (2). It may prevent cholesterol from being absorbed into the system, which decreases the risk of cardiovascular disease.

Adding black pepper to food might improve brain function because its nutrients are easily distilled through the blood-brain barrier. When black pepper is added to a meal, it may boost mental clarity, energy, and work efficiency throughout the day. People who have trouble focusing or processing information may benefit from adding ground black pepper to their diet regularly (2). 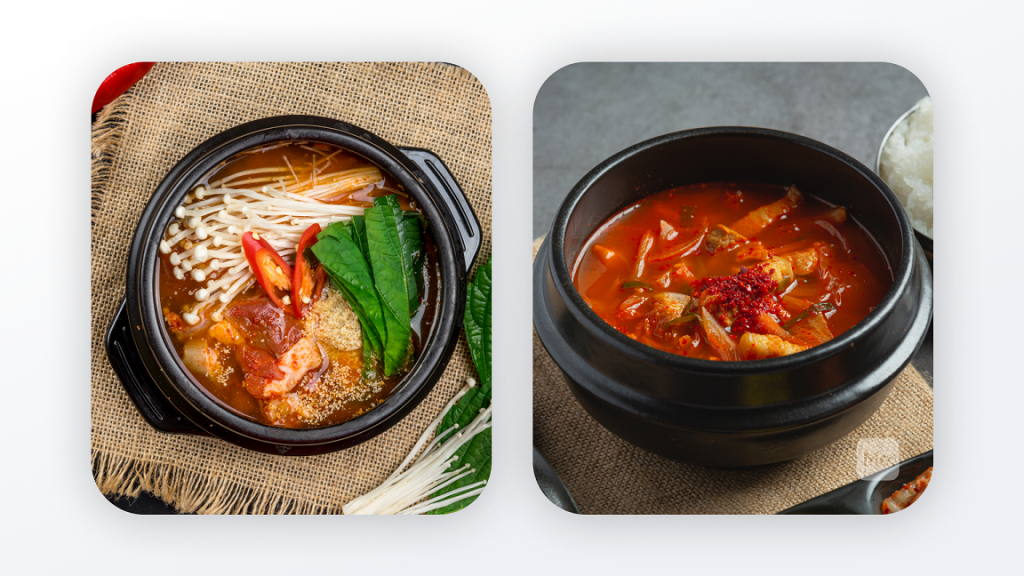 Black pepper could also play an important role in improving blood sugar control because it may improve insulin sensitivity. This means that the cells in your body become better able to take up sugar from the blood to use as fuel, which reduces the risk of diabetes (7).

Black pepper has antioxidant properties that protect cells against damage by free radicals. Its cancer-fighting properties may also help prevent cells from mutating into cancerous growths. Ground black pepper can boost absorption of other nutrients like curcumin, which has anti-cancer effects on its own (9). Curcumin is found in turmeric root, another powerful spice with healing powers.

Black pepper may promote gut health by increasing stomach acid levels, so food is properly broken down during digestion. It may also stimulate bile production, making it easier to process fat (2).

Ground black pepper contains an ingredient called piperine that can dull pain signals sent by the spinal cord and brain (8). It may enhance the effects of painkilling drugs, making them more effective. Black pepper is also believed to ease migraines, muscle cramps, and stomach aches.

See also
Frozen Fruit Vs. Fresh Fruit: Which Is Better For You? 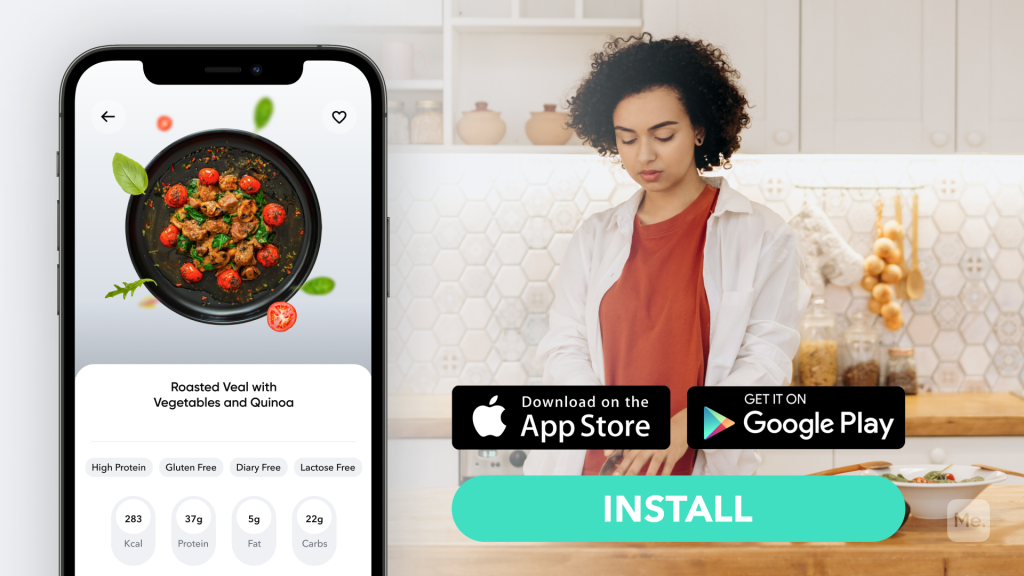 Side Effects Of Too Much Black Pepper

Too much ground black pepper can cause side effects like heartburn or acid reflux because it stimulates gastric secretions. However, for most people, this effect is mild to nonexistent when black pepper is used in usual amounts as a spice in food.

The only reason too much black pepper might be harmful is if you are on medication that thins the blood, such as warfarin (Coumadin) because it can increase the risk of bleeding (10).

Peppers of all kinds, from bell peppers to cayenne and black pepper, provide a host of nutritional benefits. They are high in antioxidants and a variety of nutrients with powerful health-promoting properties.