Ketogenic Amino Acids: Stay On Top Of Your Keto Game!

Amino acids and proteins are the building blocks of our bodies, the body’s primary energy sources. They are categorized into three types (2); essential, non-essential, and conditional. However, they can be classified further depending on the type of intermediates they form during their metabolism.

What Are Ketogenic Amino Acids?

Ketogenic amino acids can be converted to water-soluble compounds called ketone bodies. Along with fatty acids, they provide energy when glucose is insufficient in the body, a process called ketogenesis (8).

Ketogenic amino acids follow the ketogenic metabolic pathway, where the amino acid is introduced into the body. It’s then degraded into water-soluble ketone bodies which are easier to transport in the body for energy (9).

Examples of ketogenic amino acids include Lysine and Leucine. 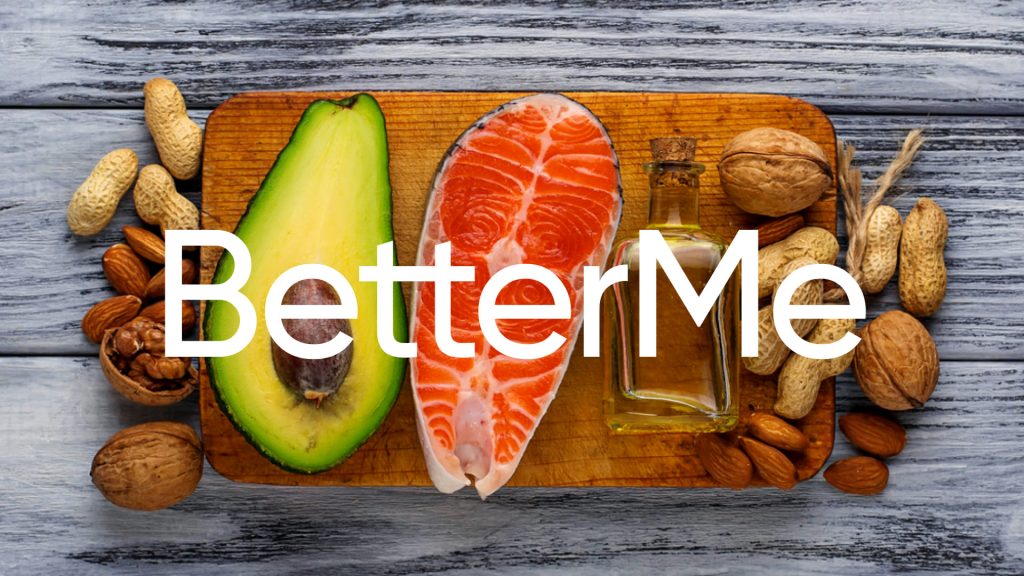 Lysine is found in meats, peas, beans, and fish is an essential and exclusively ketogenic amino acid that helps metabolize fatty acids into energy. It may also have benefits such as:

Leucine is an amino acid found in peanuts, soybeans, lentils, and beef which is equally essential and exclusively ketogenic (11). It works alongside isoleucine to help in the production of energy in the muscles and the promotion of protein synthesis.

BetterMe app will kick you out of the mental funk, shake off your extra weight, rid you of your energy-zapping habits, and help you sculpt the body of your dreams. Intrigued? Hurry up and change your life for the better! 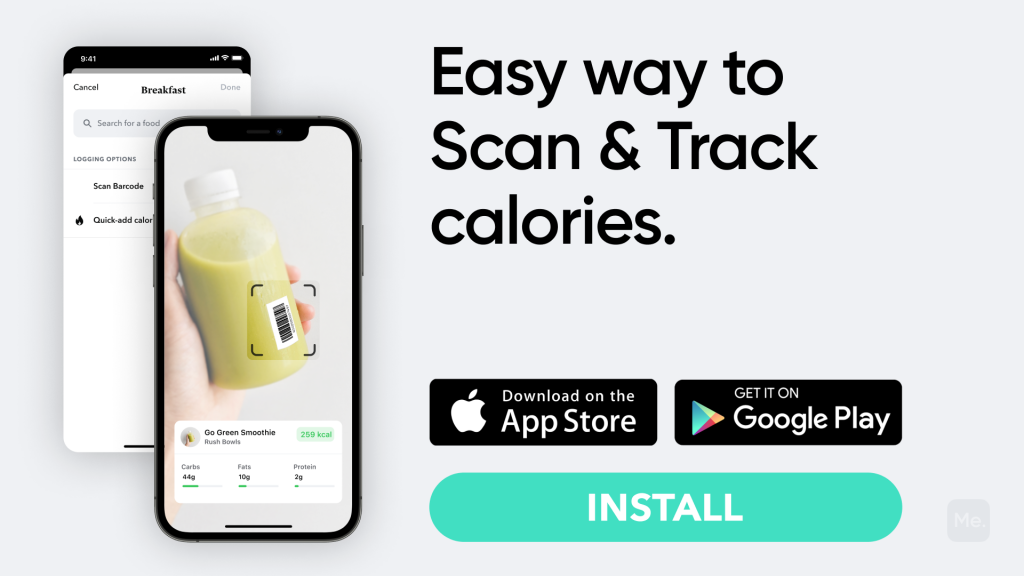 What Are Glucogenic Amino Acids?

Glucogenic amino acids are amino acids that can be converted into glucose through a process called gluconeogenesis (7). Substrates needed for this process can be obtained from non-carbohydrate sources which then turn to pyruvate or any intermediates of the citric acid cycle, also known as the Krebs cycle or the TCA.

The glucose precursors which can be formed from the gluconeogenic process include alpha-ketoglutarate, succinyl Co-A, fumarate, and oxaloacetate.

The process results in the formation of oxaloacetate, which then produces glucose. In simple terms,  glucose production from glucogenic amino acids means the amino acids have to be converted to alpha-keto acids then to glucose.

See also
Keto Carb Cycling: Benefits, How To Do It, And Meal Plans

Examples of glucogenic amino acids include: 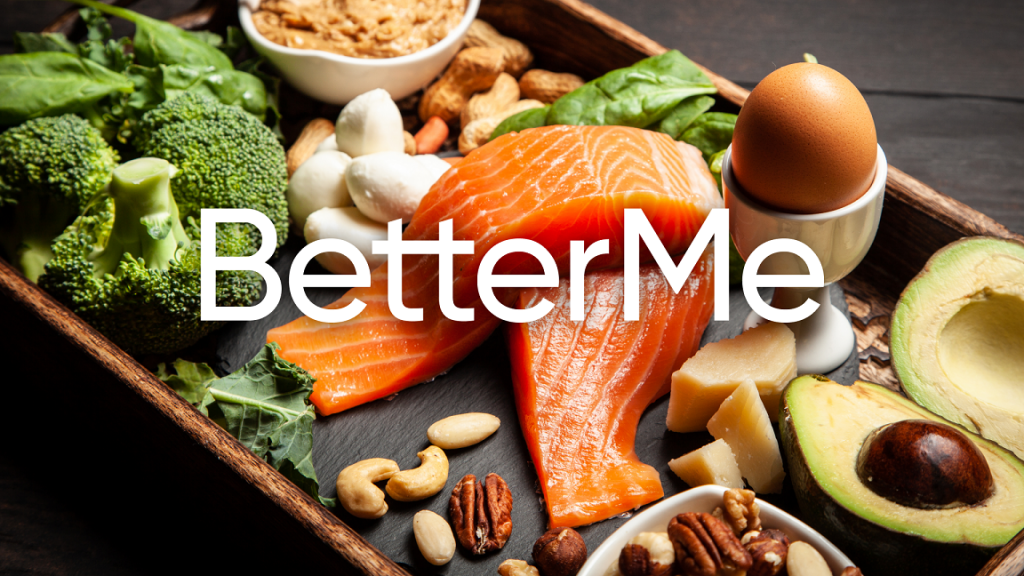 What Is The Difference Between Glucogenic And Ketogenic Amino Acids? 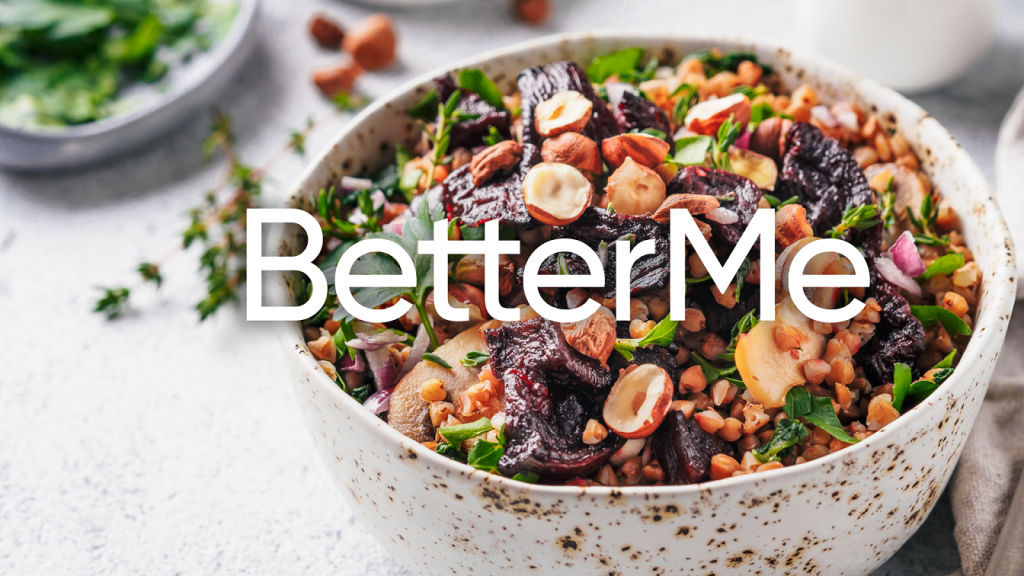 Read More: 28 Day Keto Diet Plan: All the Facts You Need to Get Started 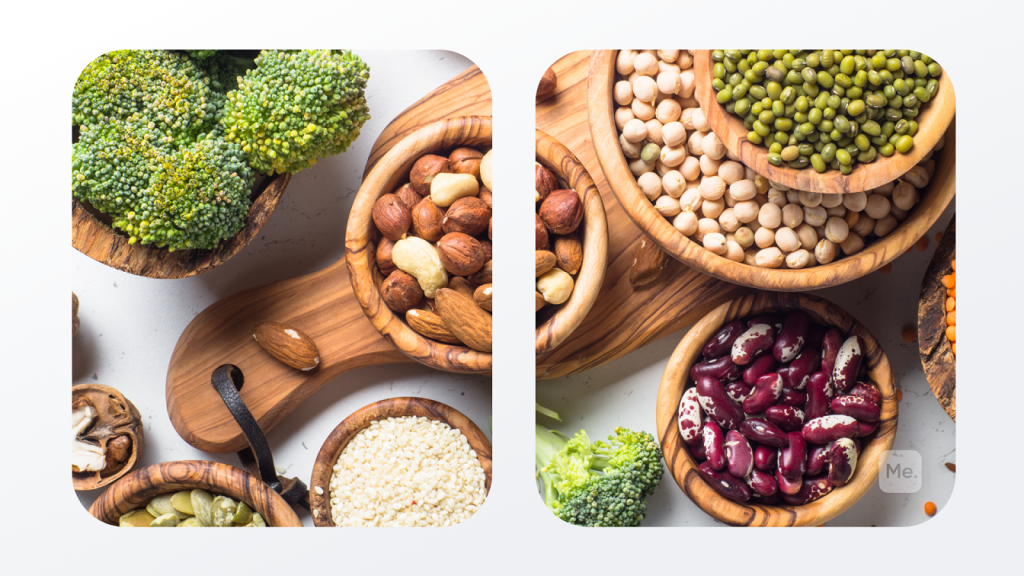 How Are Ketogenic Amino Acids An Important Source Of Fuel?

During certain circumstances such as fasting – intermittent or full, starvation, insufficient insulin, ketogenic stress, or keto dieting, the body has limited access to glucose/ blood sugar levels, thanks to the lower carbohydrates levels. In such a case, the body has to use alternative methods to create energy in the body.

Here’s where ketogenesis comes to play; as a catabolic pathway of metabolism, ketogenesis will use fatty acids in the body along with ketogenic amino acids to produce energy through water-soluble compounds called ketone bodies.

Fatty acids in your body will undergo β-oxidation in the liver, precisely, the mitochondria cells, to form acetyl-CoA. From the citric acid cycle, acetyl-CoA will be further oxidized to acetoacetyl-CoA and then by the mitochondrial electron transport chain to generate energy and three molecules; ketone bodies.

Ketogenic amino acids such as leucine can also feed the cycle to form acetoacetate and ACoA, which then produces ketones.

The three ketone bodies, Acetoacetate, D-3-hydroxybutyrate, and Acetone, will transport energy to the body’s major organs, including the heart, brain, and skeletal muscles, by monocarboxylate transporters one and two.

β-Hydroxybutyrate and acetoacetate can pass through membranes easily and are therefore a substantial energy source for the brain, which can’t directly metabolize fatty acids. The brain will then receive 60-70% of its required energy from ketone bodies.

Studies show that two dominant ketone bodies, acetoacetate, and β-hydroxybutyrate, can effectively substitute glucose as the predominant fuel source for the brain mechanism (4). This means that fatty acids and ketogenic amino acids can be used as fuel sources for the body.

Ketogenesis can further lead to ketosis, which is where the body doesn’t have enough carbohydrates to burn for energy and hence uses fat and ketones as body fuel. Ketosis is common with low-carb diet programs such as keto diets as it has multiple potential benefits, including weight loss and weight management. 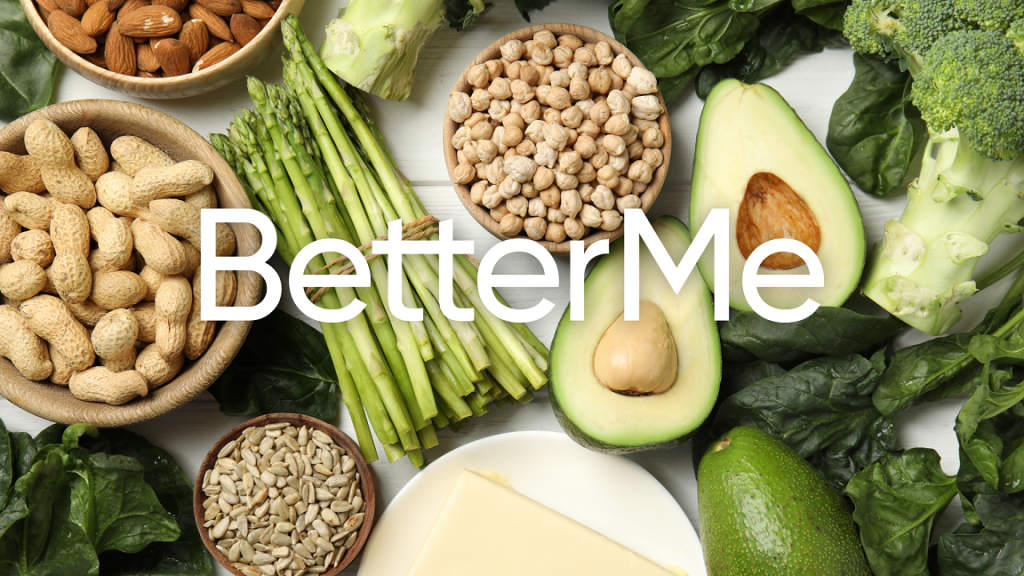 Amino acids are catabolized differently depending on their carbon skeletons and which intermediates they form after they have been fed into the citric acid cycle.

Theoretically, ketogenic amino acids should also follow the cycle to form glucose; however, humans use both carbon atoms in ketogenesis to form carbon dioxide and water, leaving nothing else to use in the process as it would all be completely oxidized.

If Ketogenic amino acids joined the gluconeogenic pathway, it would mean that acetyl-CoA should revert to pyruvate which can’t happen. Even if it would, it would combine with oxaloacetate to form citrate.

You have learned that ketogenic amino acids can substitute as a fuel source in your body. So you’re thinking fats in your body will be burnt out and you lose weight. Part of that is factual.

When the body is on a strict diet, with no excess food, the body’s metabolic pathway changes to allow ketogenic amino acids and fatty acids to produce ketones which keep your body fueled; a process called ketosis.

You can achieve ketosis through fasting or low-carb dieting, the ketogenic diet. Both forms of ketosis can and will result in weight loss; however, one of them is safer.

Lean and toned-up body isn’t just a far-fetched fantasy. Check out the BetterMe app and watch it propel your weight loss journey into high gear!

Ketosis is a metabolic state where your body seeks and provides alternative energy sources for the brain using ketones because of a low-carb diet or fasting (10). Both types of ketosis will allow your brain and other major organs in the body to function effectively; however, starvation ketosis does more harm than good.

Before we jump into the explanation, let’s have a look at how your body gets into the state of ketosis.

See also
Ketotarian Meal Plan: What You Need To Know About This Plant-Based Way Of Eating

With your body in full ketosis state, you’re going to see a few changes in your body. That’s when you may realize the difference between starvation ketosis and ketogenic ketosis.

While both result in weight loss, starvation ketosis will lead to a more dangerous weight loss, including reduced muscle mass. Starvation ketosis from fasting leaves the body dry and lacking food sources neither carbs, proteins, nor fats, so the body will use every form of protein (not fat) to turn to glucose then energy.

The keto diet consists of 70% to 75% fat, 15% to 25% protein, and 5% carbohydrates. This means even with limited carbohydrates, the body still has access to energy from fat and protein, therefore, preserving muscle mass and creating body fuel through ketones.

This means you can aim for ketogenic ketosis if you’re looking to lose weight.

Still, on ketosis, let’s have a look at some of its possible benefits (14): 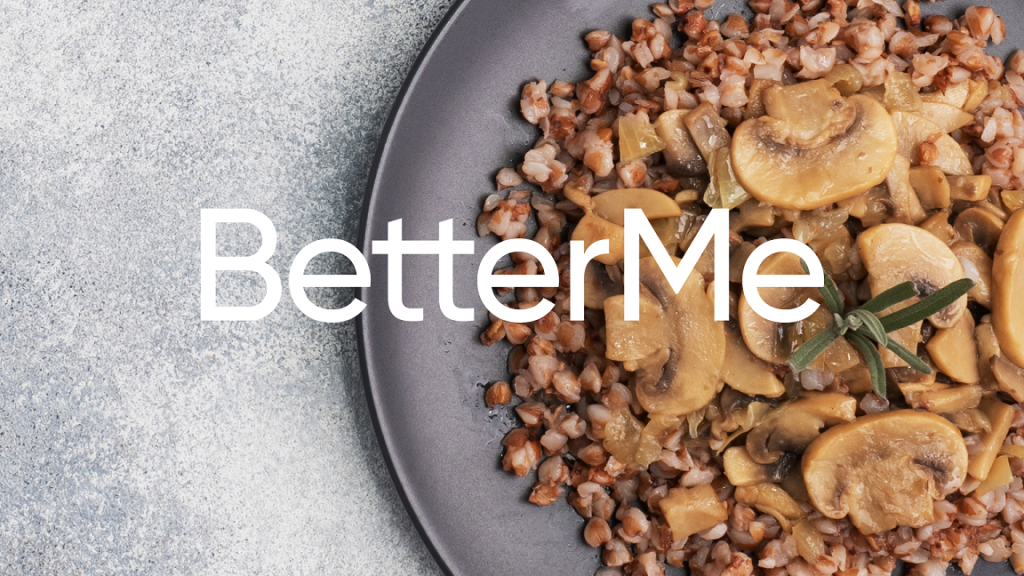 These essential amino acids include:

Isoleucine is an isomer of leucine that helps promote muscle recovery after exercise. It is found in proteins such as beans, almonds, brown rice, meat, fish, eggs, lentils, chia seeds, grains, and nuts.

Read More: Snacks With No Carbs: The Ultimate Zero-Carb Food List To Keep You In Ketosis 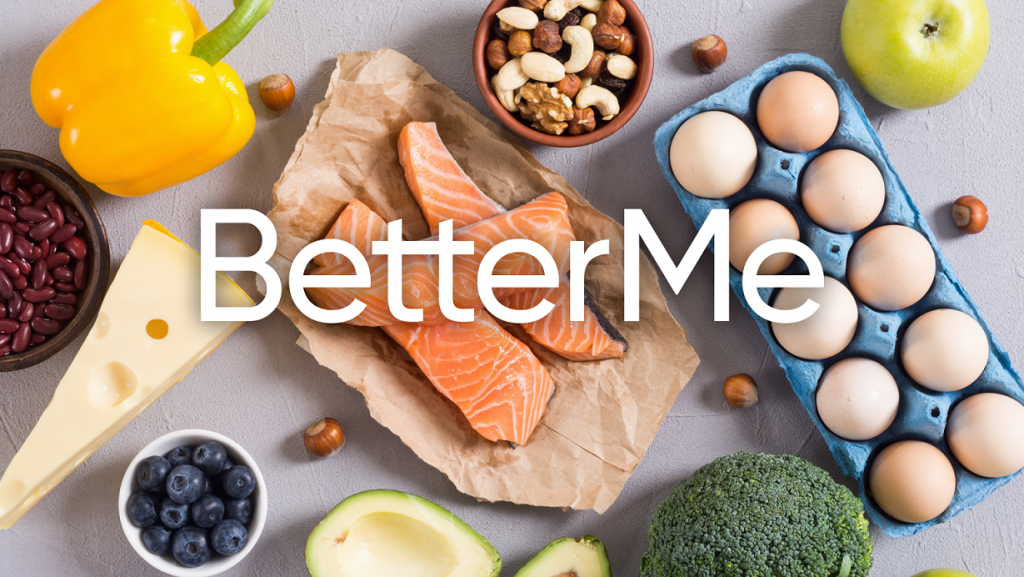 Here are three examples of simple, tasty and healthy recipes you can use.

See also
Bulletproof Coffee Fasting: Should You Say No To Keto Coffee When You’re On A Fast 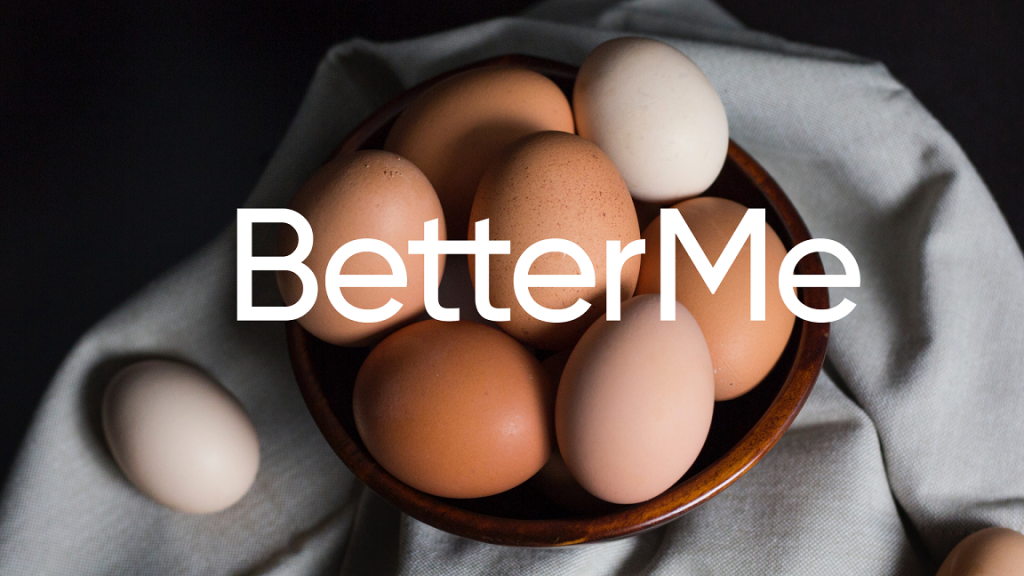 Amino acids go through two different metabolic pathways which classify them as ketogenic and glucogenic amino acids. They both play an essential role as energy sources in your body when you lack ready glucose. From the article, you can see that ketogenic amino acids have additional benefits gained through ketogenesis.

Once your body has degraded pyruvate to ketone bodies, your body can function well with high support for the brain. Nonetheless, this doesn’t mean you don’t need glucogenic amino acids as they work hand in hand to obtain optimal body function.

Keto Sugar Substitute: Which Sweetener Will Satisfy My Sweet Tooth Without Kicking Me Out Of Ketosis?