Is Barley Gluten Free? The Scientific Truth Behind This Grain 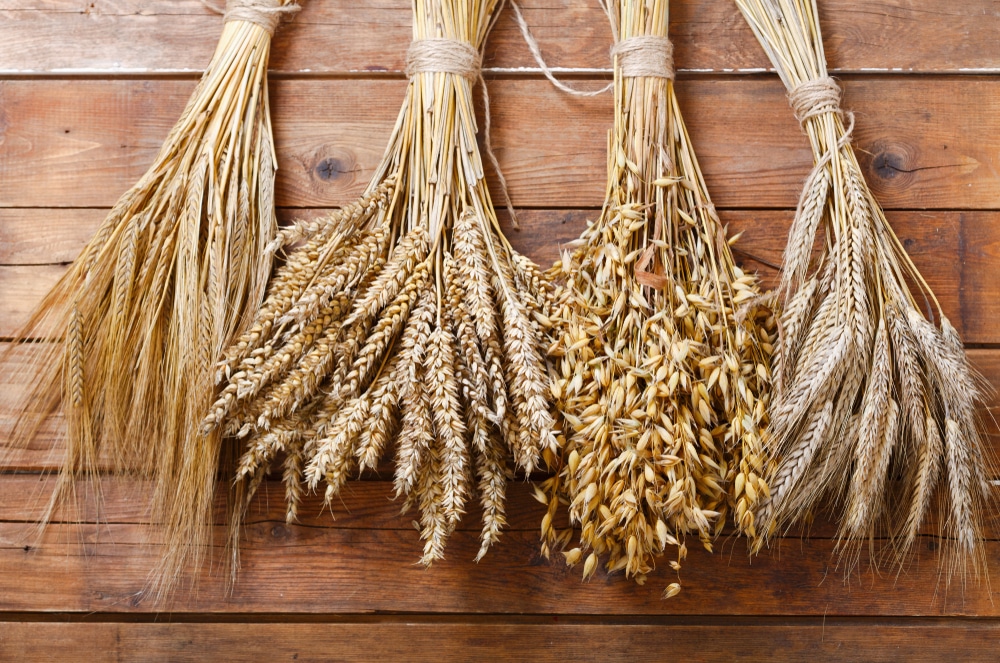 Is barley gluten free? With the increase in understanding of how gluten can trigger reactions in shome people, more and more people are taking the time to look at some of their most beloved foods to see whether they contain gluten or not. Used as an ingredient in many dishes, and the main element in malt beer, it is no wonder that many people are curious whether barley has gluten or not. In today’s article, we shall be delving deeper into this topic and letting you know if this cereal works for a beginner gluten free diet or not. We shall also be taking a look into barley’s benefits and side effects as we try to understand how this popular ingredient could possibly improve our health.

Used in the making of bread, beer, stews, and other dishes, barley is the fourth largest grain crop grown around the world after wheat, rice, and corn – over 144 million tons of barley were produced in 2014 alone. This cereal grain is the seed of a type of grass in the Poaceae grass family.

According to a study published in the journal of Molecular Biology and Evolution, this cereal grain has been around for centuries. Historical evidence shows that this cereal grain was cultivated in Egypt over 10,000 years ago. Other sources state that evidence of cultivation of this cereal can be traced back to  2350 BCE in Mesopotamia, 3000 BCE in northwestern Europe, and 1500 BCE in China.

Native to northeast Africa and western Asia, today this cereal grain is grown and consumed in all corners of the world.

Barley has a chewy texture and a mild, nutty flavour. Other than being used in the kitchen, barley malt is used in beer making and is also grown to make animal fodder (2, 19).

How Many Calories Are In A Cup Of Barley?

First things first, did you know that there are two kinds of barley? Hulled and pearled barley are the two types of this grain that you are likely to stumble on at the market or grocery store, and they are not the same thing (15).

Hulled barley is what you need in your healthy diet. Also known as barley groats, it is the unrefined, whole grain version of barley. The only process that hulled barley has gone through before reaching your table is the removal of the indigestible outermost husk of the seed. In terms of appearance and texture, hulled barley is darker in color, has a little bit of a sheen and is more chewy than its counterpart. Like brown rice and other whole grains, hulled barley takes longer to cook – about an hour on the stove – and is more nutritious and is richer in fiber.

On the other hand, pearled or pearl barley is what you will most likely find more readily in many stores. This version is more processed and while it still has nutrients, they are less than what you would find in hulled barley, especially in regards to fiber. The refining process of pearl barley removes not only the outer husk, but also the bran layers of the kernel. Pearled barley is also softer, lighter, and not as shiny (has a more matte appearance) as hulled barley. It takes about 40 to 45 minutes to cook.

So how many calories are in each version? One cup of hulled barley has 651 kcal while a cup of pearled barley has 704 kcal (5, 6). Not only is the pearled version less nutritious, but it also has more calories than the former. 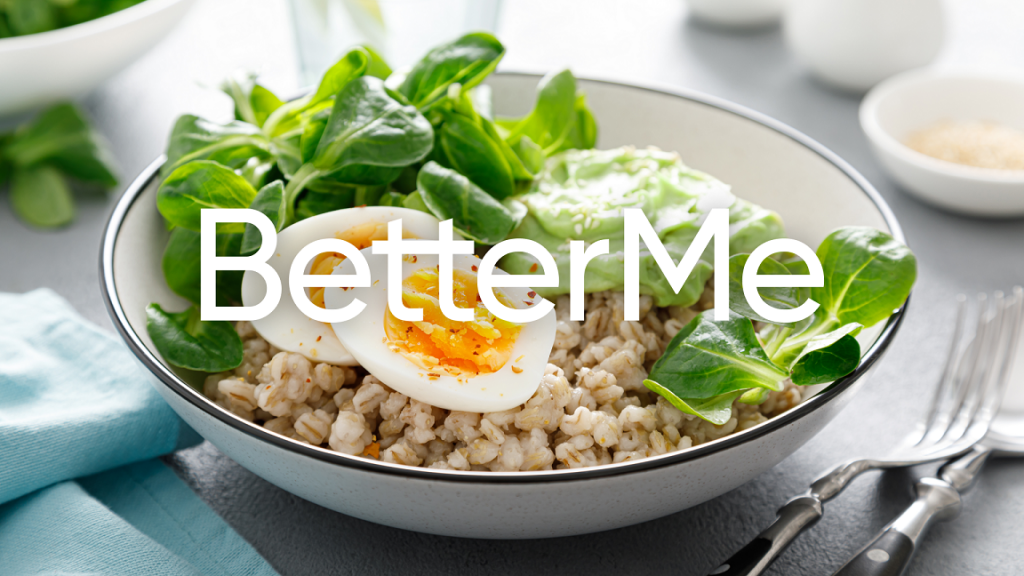 What Is The Nutrition In Barley?

Understanding the nutritional value of food is an essential part of a healthy lifestyle. This awareness helps you better understand how food affects body maintenance, growth, reproduction, health, and disease prevention.

According to the U.S Department of Agriculture, 100 grams of hulled barley has the following nutritional facts (5)

This cereal also has other minerals such as zinc, copper, manganese, and iron, albeit in much smaller concentrations. It also has traces of vitamins A, E, and K as well as essential amino acids.

Unfortunately, barley is not a gluten free grain. According to Healthline, this cereal contains around 5 to 8 percent gluten and thus it should not be included in a diet of anyone with a gluten sensitivity or celiac disease.

Some healthy gluten-free whole grains that you can add to your diet include buckwheat, amaranth, corn, millet, quinoa, teff, wild rice, and sorghum.

See also  The Importance Of Breakfast: What Science Says About The First Meal Of The Day 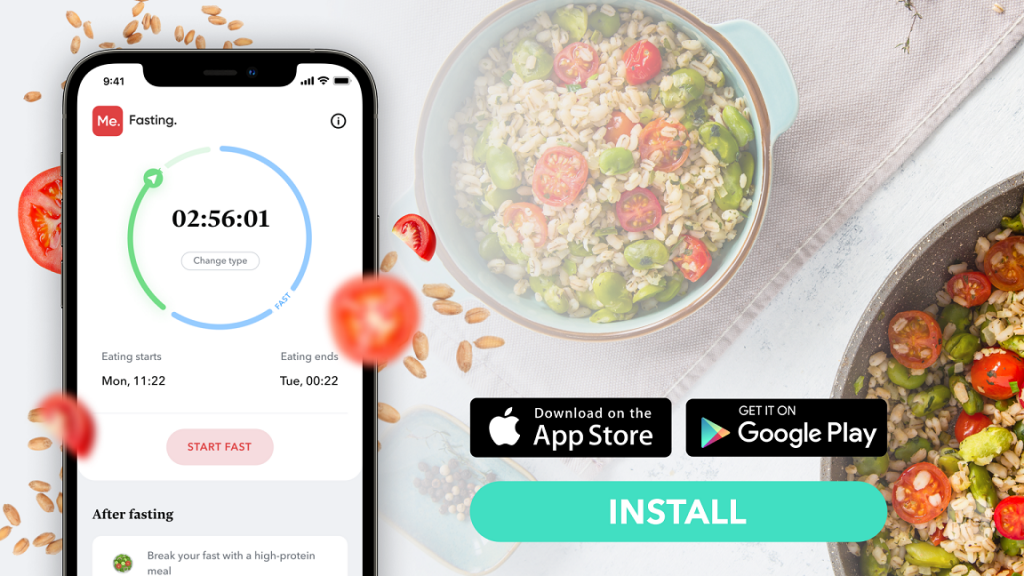 What Are The Benefits Of Barley?

Just because barley is not gluten free it does not mean that it’s wholly bad for you. Unless you suffer from a gluten sensitivity or celiac disease – then this whole grain is something that you should definitely consider adding to your diet. Here is why

In recent years, and with the rise in popularity of the ketogenic and other low-carb diets, carbohydrates have gotten a bad rep – one which, in some instances, is wholly unwarranted. What most people advocating for low-carbohydrates diets don’t tell you – or probably don’t know is that not all carbs are made the same.

Simple or refined carbs are what you should avoid if you are looking to lose some weight or just improve your diet and lifestyle. This type of carbs are quickly broken down into sugar, because they are made up of shorter chains of molecules, making them easier to digest. Easier/quicker digestion means they spike your blood glucose faster but don’t last long enough in the body to be used as a durable source of energy for the body. They are empty calories that do more harm than good to your body.

Complex carbs like barley are not only high in fiber, vitamins, and minerals, but they also take longer to digest thus raising your blood sugar levels more slowly and for longer and actually give you the energy you need to go about your day.

Like many whole grains, barley – especially hulled barley is high in fiber. The main type of fiber found in this cereal is beta-glucan. Once beta-glucan is ingested and it proceeds to combine with fluids in your gut, it forms a gel-like substance which slows down your digestion. This in-turn helps promote satiety and keeps you from over indulging throughout the day/ A diet high in fiber has been linked with a reduced risk of obesity, appetite suppression and thus a lower calorie intake, as well as weight loss among other benefits (13).

For vegans and other plant-based dieters, finding enough protein for their diet can be quite a hassle. The easiest trick to doing this is finding plant-based complete proteins to supplement their eating plans and avoid any nutrient deficiencies. Barley, despite its many benefits, is not a complete protein. It contains decent  amounts of eight of the nine essential amino acids, but it’s low in lysine (3).

Some plant-based complete proteins include quinoa, soy and soy products, hemp and chia seeds, spirulina, amaranth, and buckwheat, among others. 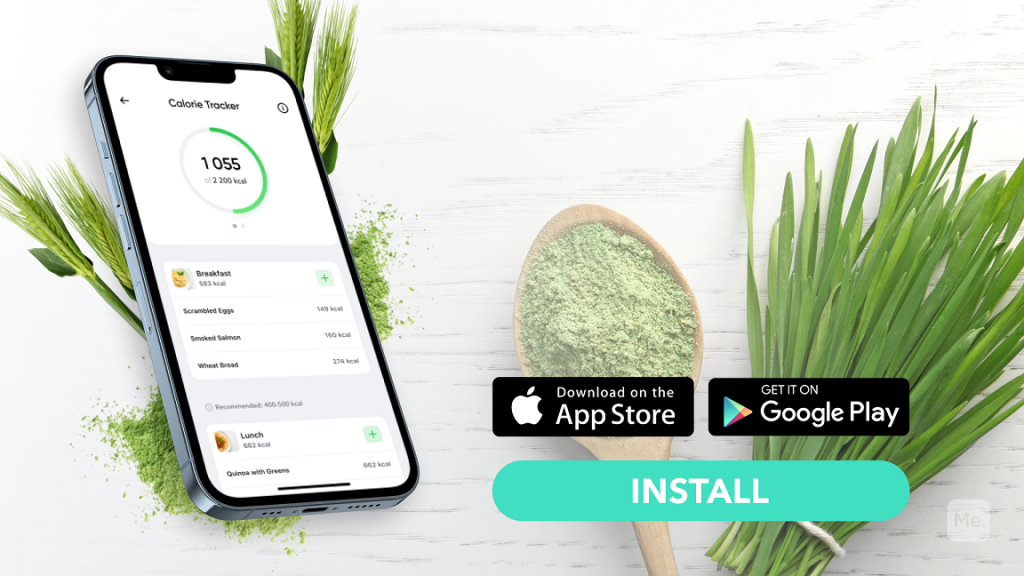 What Are The Health Benefits Of Barley?

The health benefits of this cereal are directly linked to the benefits above. They include

High levels of LDL cholesterol raise your risk for heart disease and stroke. The ability to reduce these cholesterol levels is directly linked to this cereal’s high fiber content. In a study published in the British Journal of Nutrition, researchers found that in just 6 weeks, beta-glucan – the soluble fiber found in barley – can help reduce LDL cholesterol levels by up to 15 percent (20).

Read More: Amaranth: Benefits, Side Effects, And Everything Else You Need To Know

If weight loss is one of your goals this year, then hulled barley should certainly be on the top of the grocery list. This health benefit of barley is also linked to it’s high fiber concentration and this grain’s ability to promote satiety, two facts that have been demonstrated by several scientific studies: 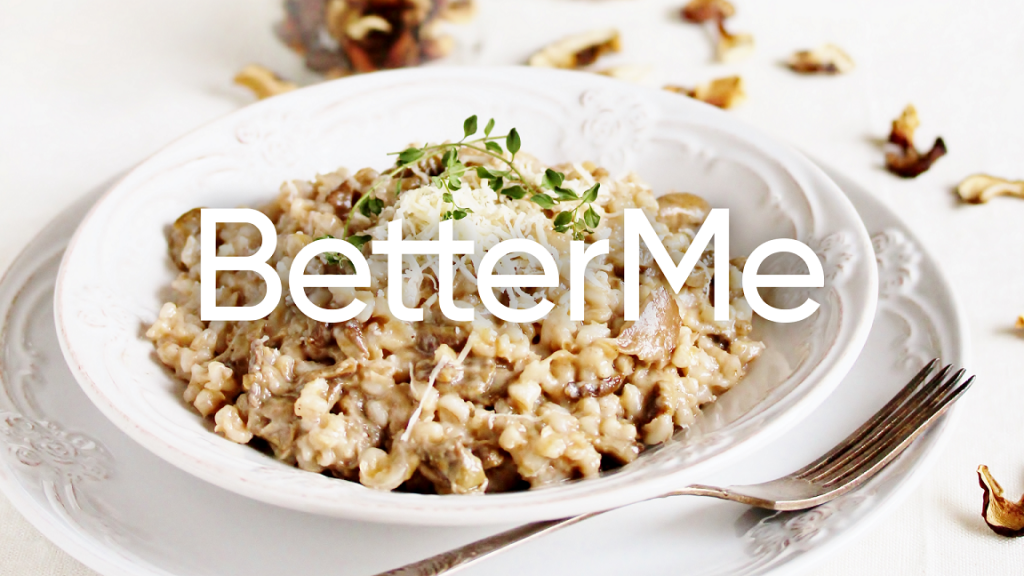 Some ways that barley may do this include:

Beta-glucan – the soluble fiber found in hulled barley – can help control blood sugar levels. It does this by slowing down the absorption of sugar by binding with it in your digestive tract (7).

A study in the Journal of the American College of Nutrition found that barley works even better than oats in terms of reducing glycemics responses (10).

Like all other whole grains, barley is incredibly rich in vitamins and minerals. As seen in the nutritional facts section abovet, the cereal is high in many essential nutrients which help keep our bodies healthy and functioning in tip top shape. 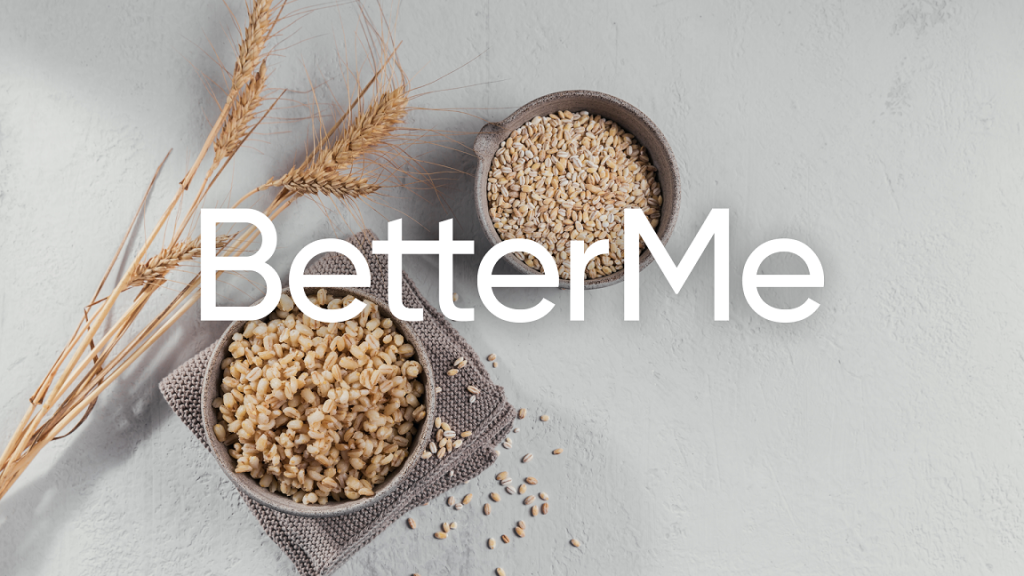 Barley Side Effects – What Are They?

Despite its many incredible health benefits, barley may not be suitable for everyone. As seen above, this cereal contains gluten. Some side effects of this plant protein include triggering reactions in people with celiac disease or a gluten sensitivity.

Barley allergy is also something that you should watch out for. While cases of barley allergy are mostly reported from beer drinkers, this issue can also affect children at home (9). Symptoms for this allergy may include coughing, wheezing, shortness of breath, fever, stuffy nose, and skin itching or a rash.

The Mayo Clinic also warns that people who have a wheat allergy are also very likely to be allergic to barley too.

Barley Tea Calories: How Many Calories Are In This Drink?

Known as boricha in Korean and mugicha in Japanese, this East Asian drink is made from malted or roasted barley. According to Healthline barley tea is essentially a zero calorie drink which makes it great for anyone looking to lose weight. The fact that it is calorie free also makes it a good option to drink during the ‘fasting hours’ of an intermittent fasting diet.

At the end of the day, the answer to the question ‘how many calories in barley tea’ is determined by how you make it and what you put into it. The matter of calorie intake aside, barley tea is a great caffeine free drink that may be good for digestion, weight loss, sleep, the health of your teeth and is rich in antioxidants. 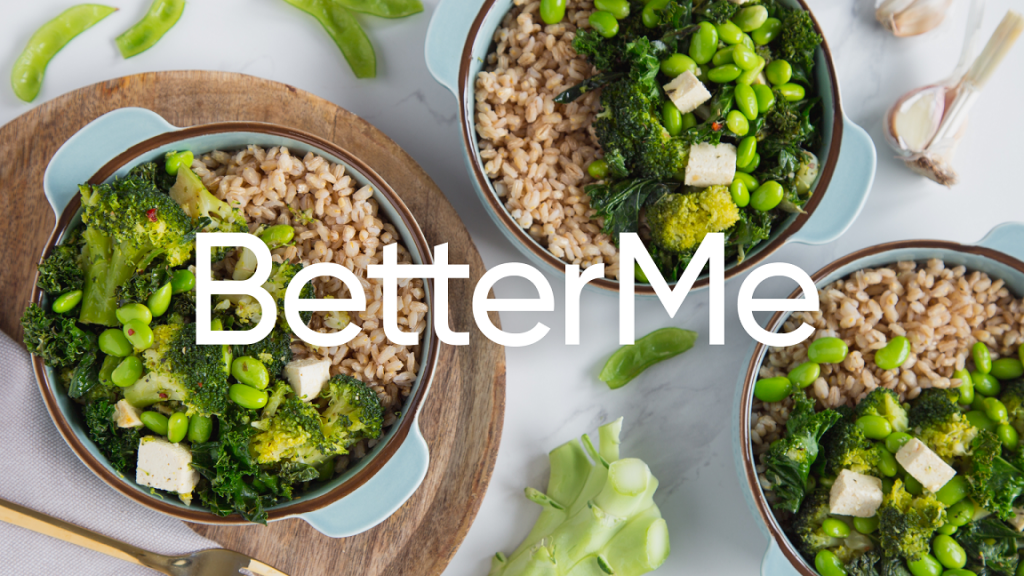 No, it is not. If you have a health problem directly related to the consumption of gluten then barley should be the furthest thing from your plate – and mind. However, if you have no health issue with it, the barley makes the perfect whole grain for your diet. The benefits speak for themselves. 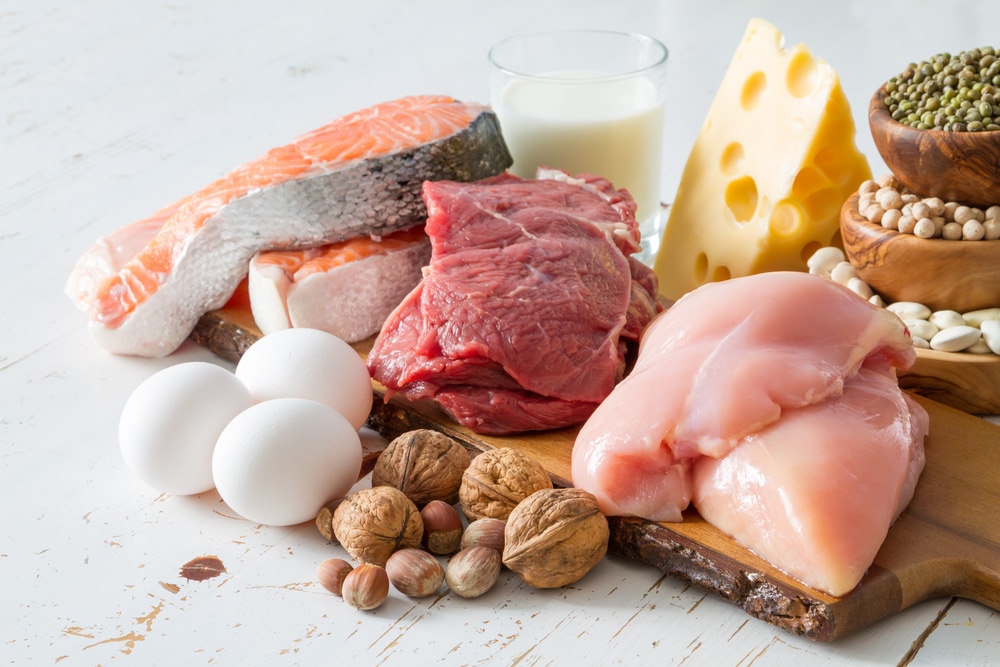 Easy Ways To Get More Protein: A Nutritionist’s Guide 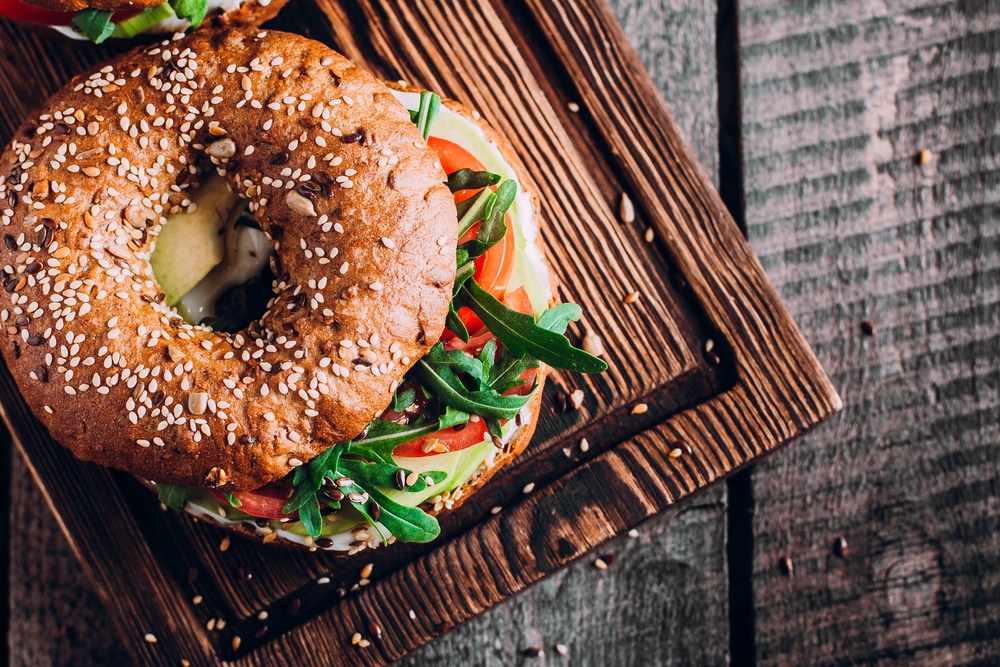 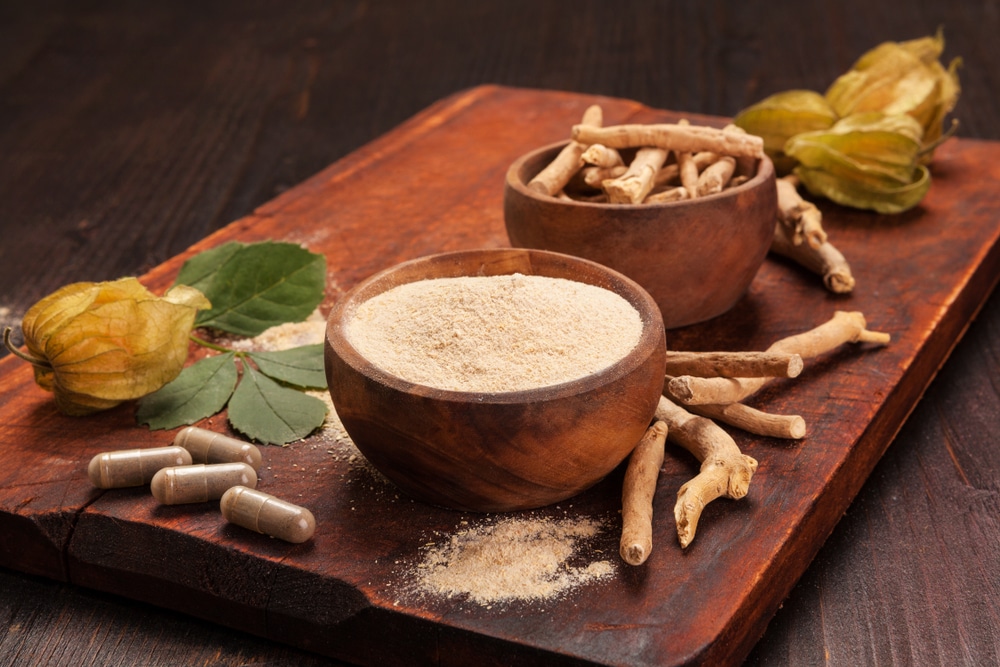 Ashwagandha For Hypothyroidism: Does It Work?