The oregano plant, Origanum vulgare, is a perennial herb that is native to the Mediterranean region. The plant grows up to one meter in height and has small, pink flowers. The leaves are oval-shaped and have a silvery-green color. Oregano oil is extracted from the leaves of the oregano plant using steam distillation. Oregano oil has a strong, spicy smell and a bitter taste. It is colorless to light yellow in color. It is a natural antiseptic and has antibacterial, antifungal, and antiviral properties. The oil is also a powerful antioxidant (6). Oregano oil is used in aromatherapy to treat respiratory infections, sinus infections, and headaches. The oil is also used to treat gastrointestinal problems such as diarrhea, constipation, and nausea (7). Aside from these uses, oregano oil may be beneficial for skin health. In this article,  we will discuss the benefits of oregano oil for skin and how to use it.

Oregano oil may have the following benefits for skin:

Thanks to the high levels of carvacrol, oregano oil may help fight certain types of bacteria.

Research found that oregano oil was effective at inhibiting the growth of several types of bacteria, including drug-resistant Staphylococcus aureus.

Oregano oil’s anti-inflammatory properties may help to reduce inflammation in the skin. This could be helpful for conditions like psoriasis and eczema, which are both characterized by inflammation (1).

The anti-inflammatory and antibacterial properties of oregano oil may also help to promote healing in the skin. This could be beneficial for wounds and other injuries (1).

Oregano oil also has antifungal properties, which may help to fight fungal infections of the skin. This could be helpful for conditions like athlete’s foot (1).

See also
Benefits Of Aloe Vera Plant In Home: 12 Reasons To Grow One

Oregano oil is also a good source of antioxidants, which might help to protect the skin from damage caused by free radicals. This could result in a healthy and youthful appearance (1).

Oregano oil contains carvacrol and thymol,  which are both effective at repelling insects (4). This could be helpful in preventing insect bites that can cause skin blemishes.

How To Use Oregano Oil For Skin

To use oregano oil topically:

Other Uses Of Oregano Oil

While oregano oil is most commonly used for skincare, it also has a host of other uses.

Oregano oil is a powerful essential oil that has been used for centuries in traditional medicine to treat a variety of infections. It is said to be especially effective against respiratory and urinary tract infections. Oregano oil can be taken internally for this purpose.

See also
How To Stop Eating Late At Night: 5 Clever Ways To Kick This Habit

Research has shown that this oil may be effective against antibiotic-resistant bacteria such as Pseudomonas aeruginosa and E. coli, both of which are common causes of urinary and respiratory tract infections (10).

When used internally, oregano oil might help clear up a respiratory infection by killing the bacteria that are causing the infection. It may also help to loosen mucus and phlegm, making it easier to expel (10).

Oregano oil is also thought to be effective against urinary tract infections. It might help to kill the bacteria that are causing the infection and also helps to relieve pain and inflammation (10). Talk to your doctor about whether oregano oil is safe for you and in what dosage.

LDL cholesterol is considered bad cholesterol because it can build up in the arteries and increase the risk of heart disease (5).

A recent study found that oregano oil can help lower LDL cholesterol levels. The study participants were given either oregano oil extract after a meal, or a placebo (5).

After 3 months, the LDL cholesterol levels of the participants who took oregano oil were significantly lower than those who took the placebo (5).

Carvacrol, one of the main compounds in oregano oil, is thought to be responsible for its cholesterol-lowering effects. Carvacrol may help to reduce the amount of cholesterol that is absorbed from food, and may also help to increase the amount of good cholesterol (3).

See also
Cognitive Behavioral Therapy For Weight Loss: Everything You Need To Know 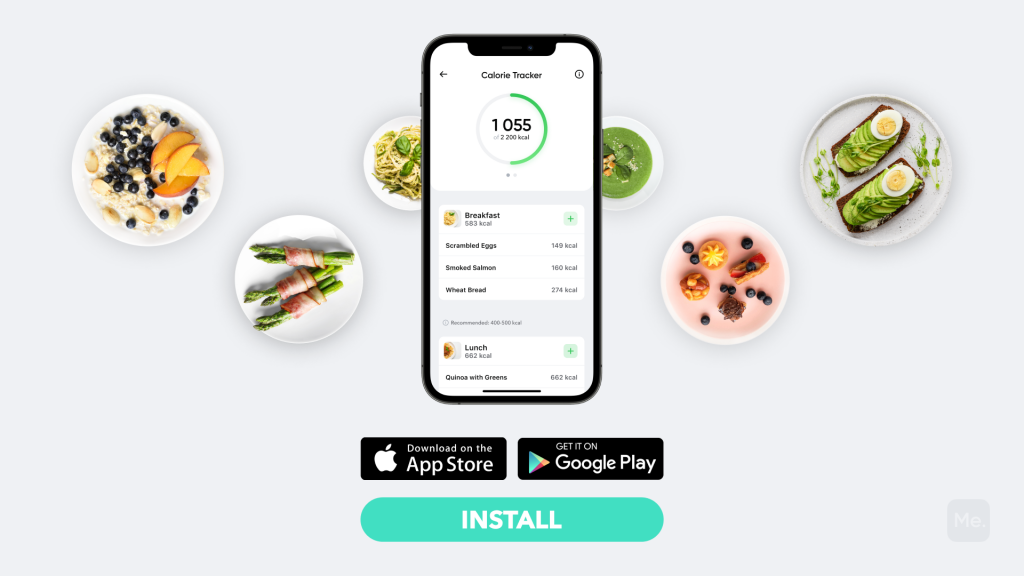 Oregano may benefit gut health in a number of ways.

For one, it has been shown to be a powerful antimicrobial agent, which can help rid the gut of harmful bacteria. Additionally, oregano oil is high in antioxidants, which can help protect the gut from damage caused by free radicals (7).

Leaky gut syndrome is a condition that occurs when the intestinal barrier becomes compromised, leading to the passage of undigested food, toxins, and bacteria into the bloodstream (9).

Oregano oil has been shown to be beneficial in improving intestinal barrier integrity in animals, as it may help seal the gut lining and prevent harmful substances from entering the body (9).

Further research is needed to determine if carvacrol can help inhibit cancer growth in humans, but the early indications are positive.

Oregano oil has many potential health benefits, including weight loss. It contains a compound called carvacrol, which may help to prevent new visceral fat cells from forming, at least in mice (2).

See also
Physiotherapy Vs Physical Therapy: Are They The Same Thing?

There are many different ways to add oregano oil to your diet. You can add it to your food or drink it as a supplement. If you are using it as a supplement, make sure to follow the dosage instructions on the bottle. Start with a small dose and increase it as needed.

If you are using oregano oil to lose weight, make sure to include plenty of healthy foods in your diet as well.

Eating a balanced diet is essential for overall health and weight loss. Include plenty of fruits, vegetables, and whole grains in your diet, and avoid processed foods and sugary drinks. 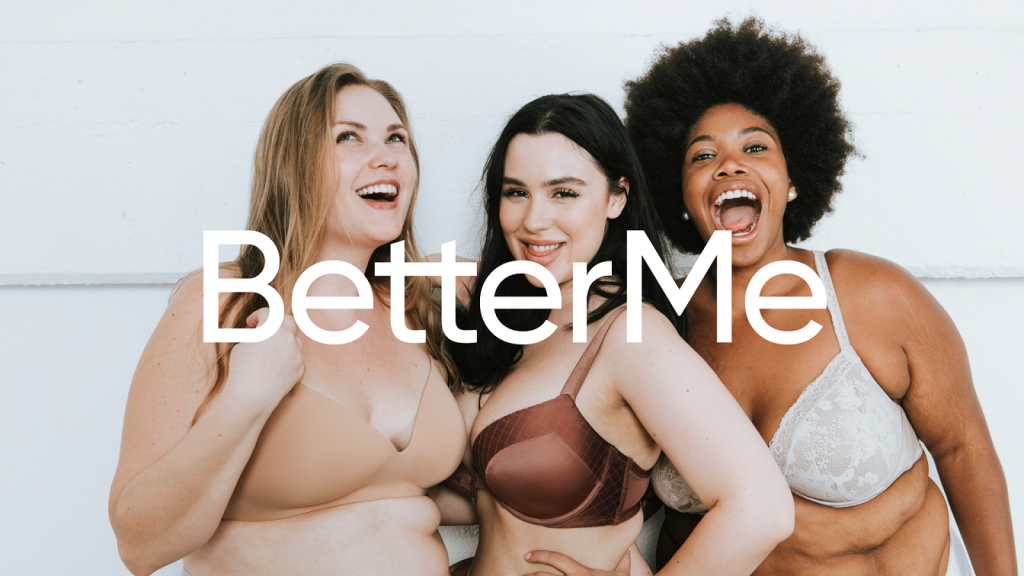 Oregano oil is one of the most popular essential oils for pain relief. It has a strong, spicy aroma that can be stimulating or calming, depending on the dosage. Oregano oil is also known for its anti-inflammatory and antioxidant properties (1).

When used topically, oregano oil is said to help relieve pain from muscle sprains, strains, and joint pain. It can also help reduce inflammation and swelling (1). Oregano oil can be applied directly to the skin or added to a carrier oil such as olive oil or coconut oil.

See also
How To Increase Sexual Stamina And Function Naturally

Oregano oil can also be used internally to help reduce inflammation and pain. It can be added to water or juice, or taken in capsule form (1).

If you are considering using oregano oil for pain relief, be sure to consult with a health care professional first to make sure it is safe for you to use.

Yeast is a type of fungus. It is a single-celled organism that reproduces by budding.

There are many different types of yeast, and some are harmful to humans. For example, the type of yeast that causes candidiasis, also known as a yeast infection, is a common infection in women (8).

Oregano is a natural herb that has been shown to have antifungal activity. It contains compounds that are effective against yeast, including carvacrol and thymol (8). It can be applied topically or taken orally. If you have an active yeast infection, talk to your doctor before using oregano oil to treat it.

Oregano oil has a range of potential health benefits for skin, thanks to its anti-inflammatory, antibacterial and antifungal properties. It may be helpful in treating conditions like psoriasis, eczema, athlete’s foot and skin infections.

Oregano oil can also be used to repel insects and provide antioxidants to the skin.  However, more research is needed to confirm these findings. If you are considering using oregano oil for skin care, it is important to consult with a healthcare professional first.

DIY Beauty: Should You Try Jade Rollers At Home?

14 views
Written by ZindzyGracia Medical review by I. Grebeniuk
Therapy

7 views
Written by ZindzyGracia Medical review by I. Grebeniuk
Therapy

Weight Gain Adrenal Fatigue: The Truth That Wellness Bloggers Are Keeping From You

Benefits Of Walking Barefoot On Grass: It Is Not Just A Fad!

20 views
Written by ZindzyGracia Medical review by I. Grebeniuk
Therapy

24 views
Written by ZindzyGracia Medical review by J. Paul
Get Your Personal Plan
according to your age and BMI
Watch Clip
Get started