Quinoa Side Effects: Little Known Science-Based Facts About How This Seed Can Affect Your Health 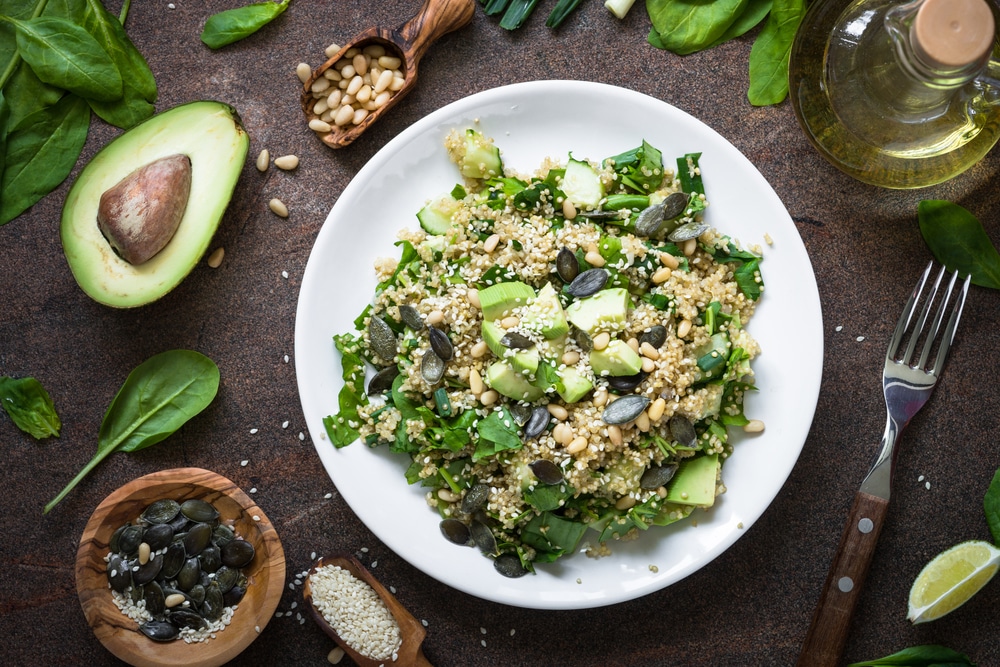 In recent years, the popularity of quinoa as a healthy food has had a steady rise with people from medical professionals to nutritionists and even your favourite foodie on Instagram talking about it and its incredible benefits. However, one thing that never seems to appear in these posts and videos are the possible side effects of eating quinoa.

While this is a genuinely loved grain, some people have experienced some not positive consequences after ingesting it. In today’s article we are going to take a deep dive into its health benefits, calories and nutrition facts as well as some side effects that you may have been unaware of.

Considered as one of the world’s healthiest foods, quinoa (pronounced keen-wah) has been around for centuries. Its presence is traced as far back as the time of the Aztecs and Incas. However, despite it being around so long, quinoa only recently gained popularity with its status growing exponentially in 2013 after the United Nations Food and Agriculture Organization declared 2013 the International Year of Quinoa (4).

But what is it exactly?

First of all, contrary to popular belief, quinoa is a seed and not a grain. According to The Huffington Post, this seed is often classified as a cereal grain, which is not true. Instead, it is a seed that is harvested from a tall, leafy plant (the Chenopodium quinoa plant), a relative of spinach, beets and chard. It can also be referred to as a pseudo-cereal grain (13). 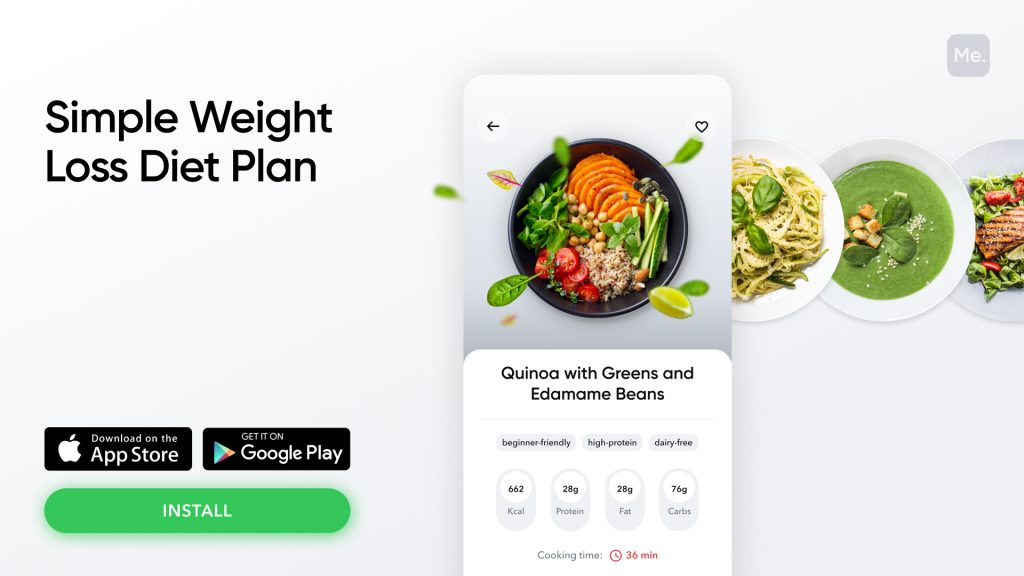 An important distinction to make between cereals and pseudo-cereal grains is that (13, 8)

Basically, quinoa is a black, red, yellow, or white seed/pseudo-grain native to the Andean region of South America. This seed gained its popularity partly due to the gluten-free lifestyle trend as well as the veganism movement.

According to the U.S. Department of Agriculture (USDA), one cup (185 g) of cooked quinoa has the following nutrients (12)

But this is not all that this seed has to offer. When it comes to quinoa nutrition, this pseudo grain also contains calcium, iron, magnesium, phosphorus, potassium, vitamin E, B vitamins and several antioxidants (12). 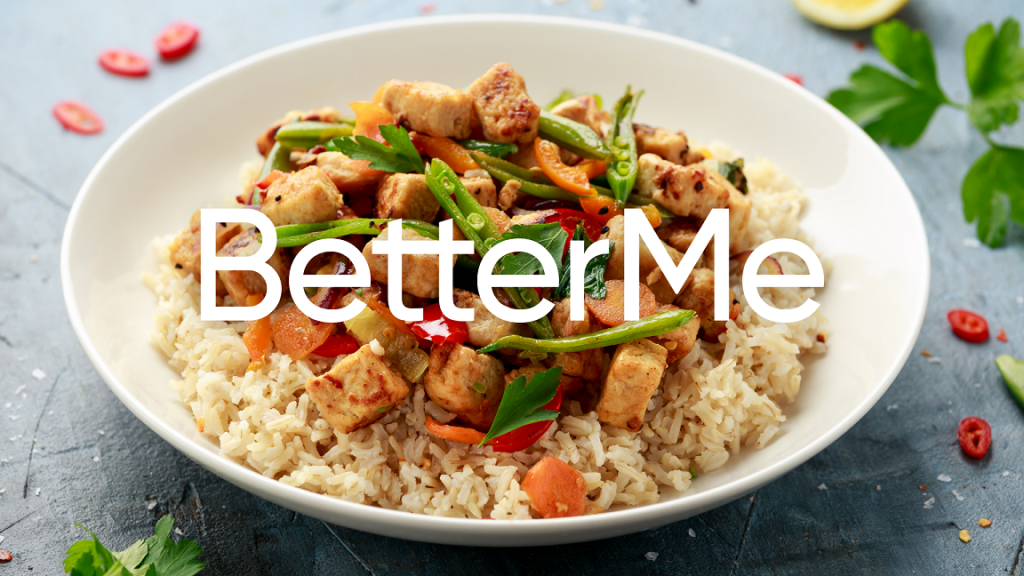 What Are Some Quinoa Benefits And Side Effects?

Like most things in the world, this food source has advantages and disadvantages that come with consuming it. Let’s take a look at what they are.

What Are The Benefits Of Quinoa In Your Diet?

It Is Very Nutritious

As mentioned above, this seed is loaded with several vitamins and minerals that are fantastic for your body: They include:

Folate is essential for red blood cell formation and for healthy cell growth and function, especially during early pregnancy.

It also has trace amounts of zinc, manganese, copper, and selenium which all help keep your body functioning at its best. 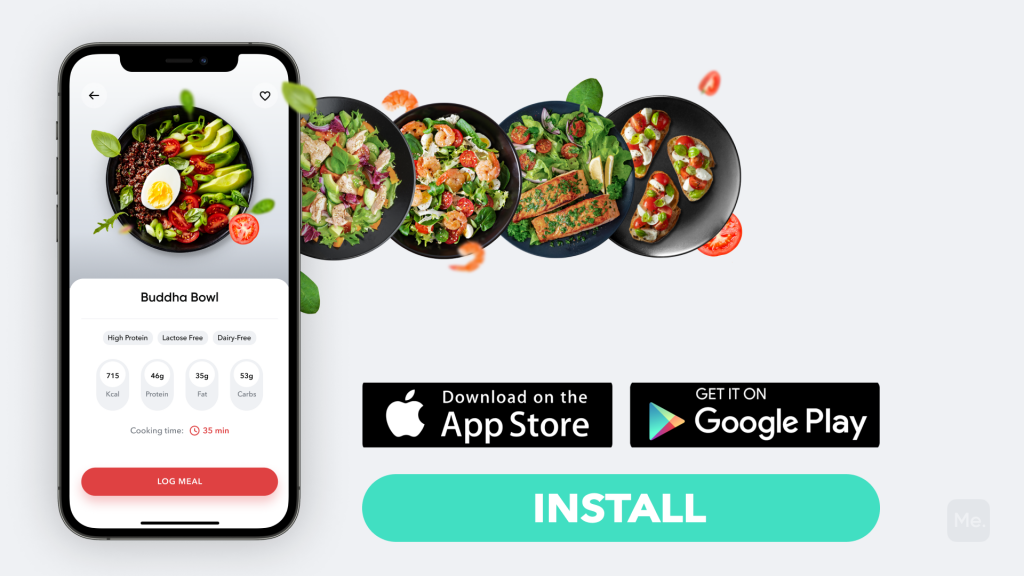 Read More: The Mediterranean Diet Pyramid: Use This To Start A Heart-Healthy Way Of Eating

Quinoa has been shown to have high amounts of the plant antioxidants quercetin and kaempferol (14, 1). These antioxidants are believed to not only support your body’s defenses against infection and oxidative stress, but to also protect against heart disease, diabetes, and several cancers, including skin and liver cancers (7, 9).

It Is High In Fiber

With about 5.18 grams of fiber per cup of this pseudo grain, you get about a fifth of the recommended fiber intake per day. Fiber helps keep you full longer, which helps with calorie control making it perfect for weight loss. Fiber has also been shown to help with gut health, fight inflammation, and lower cholesterol and blood sugar levels among many more benefits.

It Is High In Protein

In terms of grains and other pseudo grains, quinoa is among the highest in proteins. Other plant-based sources high in protein include buckwheat, couscous, oatmeal, brown rice and amaranth. Protein helps with weight loss and maintenance, building muscle and reducing muscle loss, boosting your metabolism and lowering blood pressure, among many other benefits.

What Are The Side Effects Of Eating Quinoa Everyday?

Despite these pseudo grains’ many positives, not everyone seems to have such a great time with it. Here are some quinoa side effects to look out for if you are looking to add this seed to your diet. 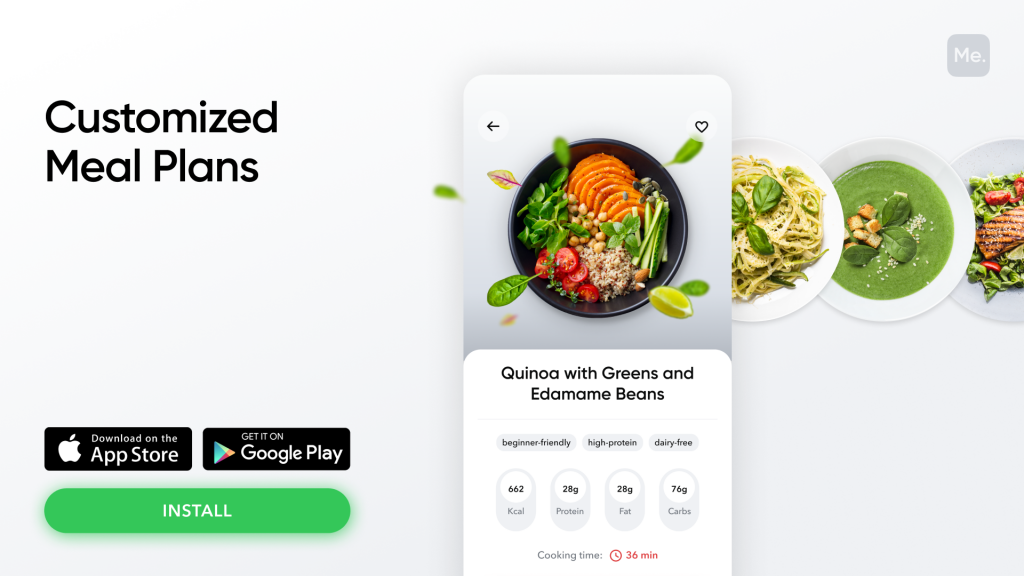 According to Healthline a quinoa allergy can arise in some people. Some symptoms include inflammation in the

If you have a more severe allergy, you may experience an elevated heart rate, pale skin, low blood pressure, and the inability to breathe. According to a 2009 article quinoa allergy side effects could also cause the dreaded anaphylaxis (like other food allergies) which can be fatal if not treated right away (2).

This side effect has mostly been linked to saponin, a chemical found in quinoa’s coating. It could also be a reaction to the protein or oxalates found in the seed. One very recent study by the journal of Molecular Nutrition & Food Research found that in rats, this pseudo grain has the ability to increase intestinal permeability (10).

Also known as a leaky gut, increased intestinal permeability is sometimes a part of the pathology  of gastrointestinal conditions such as celiac disease, Crohn’s disease, and irritable bowel syndrome (6, 5).

While quinoa is an excellent source of fiber, most of the fiber found in this seed is actually insoluble. Consuming too much fiber can lead to gastrointestinal side effects such as bloating, gas, stomach cramps, or dehydration among other symptoms. To avoid this particular quinoa side effect, stick to a reasonable portion size (1 cup cooked) and drink more water with it.

Could Worsen Symptoms Of Crohn’s Disease

If you suffer from Crohn’s disease, it would be in your best interest to stay away from this specific food during a flare up. High fiber foods like whole grains and pseudograins, including quinoa, can be irritating when your intestine is actively inflamed. You may be able to eat quinoa when you are not going through a flare up, but for some people it could be a trigger, so work with your doctor or dietitian to develop an individualized eating plan and help minimize your symptoms.

Could Increase Your Risk Of Kidney Stones

Despite the fact that this grain is gluten-free and is considered a complete protein, people with a history of or a higher susceptibility to kidney stones may need to  avoid this pseudo cereal. According to Eat This, Not That, quinoa is higher in oxalates, a substance that binds itself to calcium as it exits the body, increasing the risk of kidney stones in people who are prone to them. 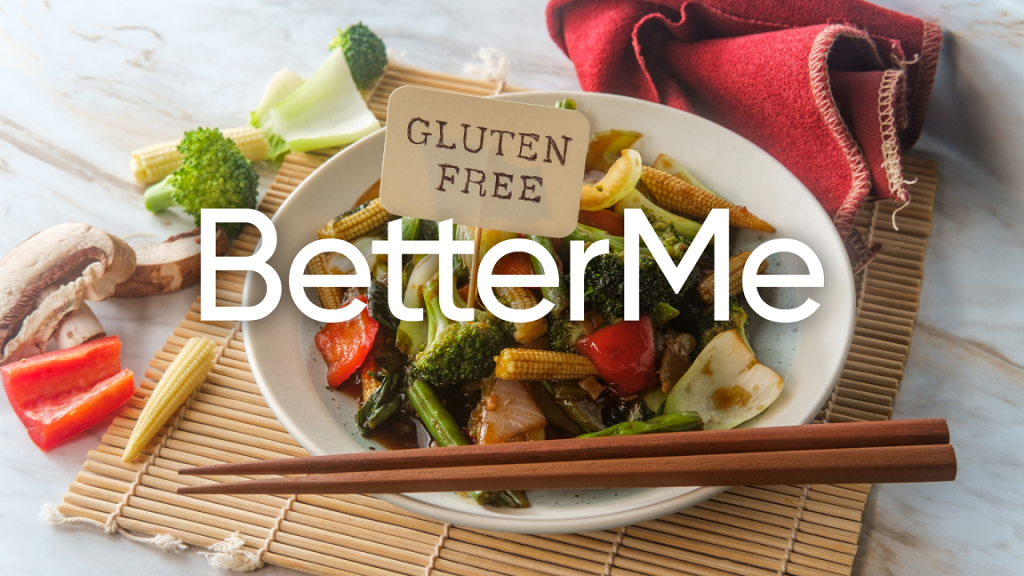 How Many Calories In Quinoa?

One cup of cooked quinoa has 222 calories. That is similar to other grains and grain products.

Yes, it is. Quinoa is a naturally gluten-free pseudo grain that can be consumed by anyone on a gluten-free diet – or even more specifically anyone suffering from gluten sensitivity or celiac disease.

A Word Of Caution

To prevent any mishaps, it is recommended that you always check the packaging of your quinoa to ensure that it’s labeled ‘gluten-free’ and to gradually increase your quinoa intake (try starting with just 50 g a day) to ensure that you will not have any unwanted side effects. 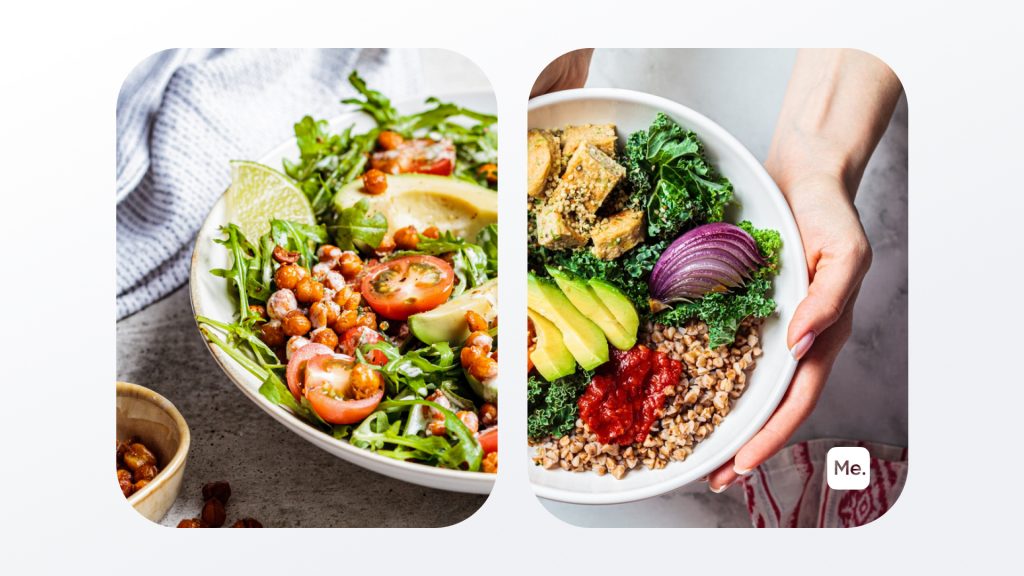 Calories In Quinoa: Is This Pseudo Grain Low Carb And Keto Friendly?

Quinoa is a nutritious whole grain high in protein and fiber, but despite its many benefits – including weight loss – this seed is sadly not ketogenic or very low-carb diet friendly. As seen in the above ‘quinoa nutrition facts’ section, just one cup of this pseudo cereal has 39.4 grams of carbohydrates. This is very similar to the amount in 1 cup of other grains and grain products.

If you are on a ketogenic diet, then quinoa should not be on your list of foods to eat. Remember that keto is very strict on daily carbs intake – about 20 to 50 g of carbs a day. Eating quinoa while on keto meals uses up your allotted carb intake. This means that you can’t eat either fruits or vegetables which have carbs and very important nutrients. Doing this long-term will lead to nutritional deficiencies.

On the other hand, if you are on a moderately low-carbohydrate diet you can have some quinoa but you’ll need to limit your intake. Try having just half or even a quarter of your regular quinoa serving and filling the rest of your plate with leafy greens, other non-starchy vegetables and protein.

Does Quinoa Have Protein?

Yes, it does. In terms of quinoa nutrition, the pseudo grain gives you eight grams of protein per cup. As if this were not enough, the seed is also considered a plant-based complete protein. This fact makes the seed such a staple for many vegans and vegetarians around the world.

Complete proteins are those food sources that provide our bodies with the 9 essential amino acids that cannot be naturally produced by our bodies, which is rare in plant-based foods. These essential acids include histidine, isoleucine, leucine, lysine, methionine, phenylalanine, threonine, tryptophan, and valine (16).

Despite the potential quinoa side effects mentioned above, this pseudo grain is still considered quite healthy and its benefits certainly exceed the negative side effects. With that being said, it’s always better to be safe than sorry. If you have a history of any of the above mentioned illnesses, please stay away from this pseudocereal or talk to your doctor or dietitian about it. If you are looking to try this seed for the first time, we suggest trying a little at a time so you can monitor how your body reacts to it. 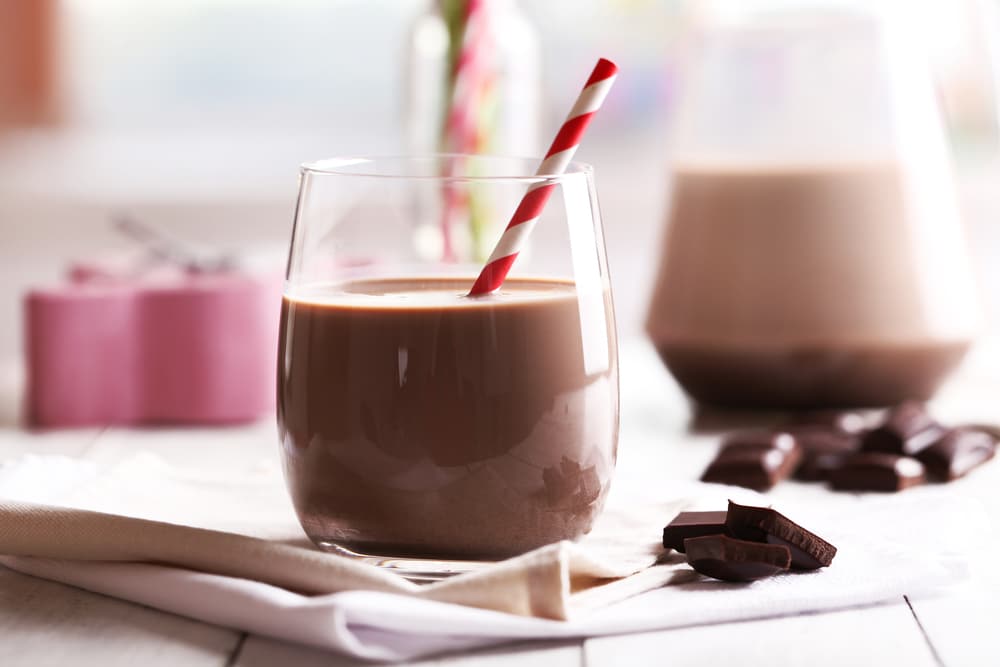 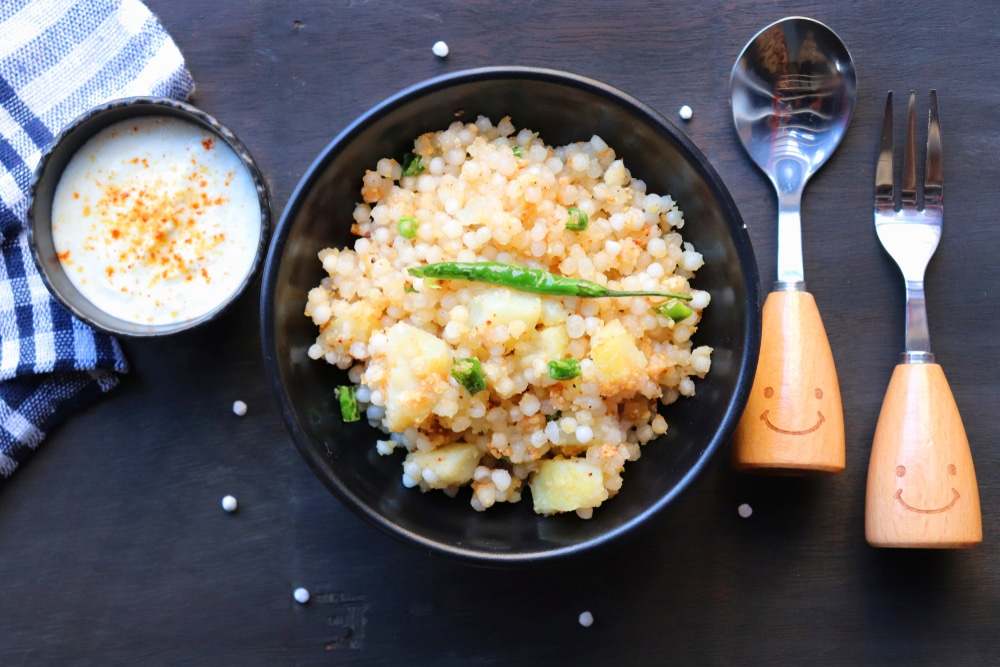 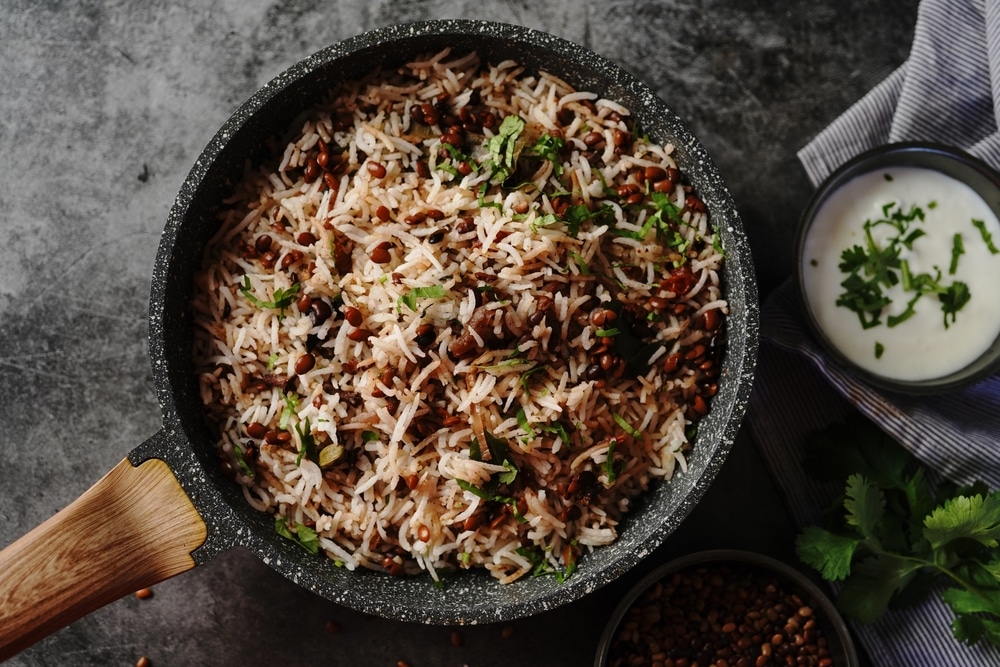