If you came across poppy seeds before, then you probably identified them easily by their beautiful rich blue (or sometimes grey-blue) colour. While these seeds have been consumed for many years in some parts of Europe, the rest of the world is only now just starting to get to know, consume and experience them. In today’s article we shall be enlightening you with some poppy seeds nutrition facts, benefits, potential side effects and more.

What Are Poppy Seeds?

These are tiny, kidney-shaped seeds obtained from the opium poppy plant. Also known as Papaver somniferum, the poppy plant is native to Turkey and the sap found in its unripe seed capsule is used to make opium, morphine, codeine, and heroin.

Before diving into some poppy seeds benefits, side effects, and more, what nutrients are in them? According to the U.S. Department of Agriculture, a serving of poppy seeds (about 1 tablespoon) has the following nutritional facts (20):

What Are The Health Benefits Of Poppy Seeds?

Here are some reasons why you ought to consider adding these seeds to your diet.

Polyphenols are naturally occurring compounds found largely in fruits, vegetables, cereals and beverages. In plants, these compounds play a huge role in the defense against ultraviolet radiation or aggression by bacteria, viruses and other disease causing mechanisms. They also play a role in the levels of bitterness, astringency, color, flavor, odor and oxidative stability of many plant foods.

As for human health, studies have shown that polyphenols have various protective effects against acute and chronic diseases, such as obesity, neurodegenerative diseases, inflammation, type 2 diabetes, cardiovascular diseases and even cancer (21).

According to an article in the Journal of Food and Nutrition Research, poppy seeds, especially the blue poppy seeds commonly found in markets and often used in cooking and baking have a high content of total polar polyphenols (9). If you do not have the seeds at hand but you would like to provide your body with this benefit of poppy seed, you could just purchase the oil instead, as it too contains these polyphenols – albeit in lesser amounts than other oils such as mustard or fenugreek oil (3).

With 127 mg of calcium per tablespoon, poppy seeds are a great source of calcium. Benefits of this nutrient include lowering blood pressure, preventing osteoporosis and colorectal adenomas, as well as lowering ‘bad’ cholesterol levels. In pregnant women, this nutrient also helps strengthen the unborn baby’s rapidly-developing bones and teeth, as well as boost muscle, heart and nerve development.

Please note that due to the side effects listed below, pregnant and breastfeeding women should first speak to their doctors before attempting to add these seeds to their diets (4).

According to Healthline, poppy seeds are high in omega 6 and omega 9 fats. Omega 6 fatty acids provide energy for the body while omega 9 fatty acids improve and protect brain health, may boost memory, aid in the lowering of blood pressure, protect against cardiovascular illnesses and cancer, and fight inflammation, among many other uses (12). They also contain trace elements of the essential omega-3 fat alpha-linolenic acid (ALA) which has neuroprotective, anti-inflammatory, and antidepressant properties (6, 2).

These seeds are rich in fiber. One of the benefits of a high fiber diet is in promoting regular bowel movements which in turn helps prevent constipation.

Tubal flushing is a process whereby doctors use a liquid medium to pass fluid under pressure through the fallopian tubes. This is a process done on infertile women to help ensure that their tubes are open, allowing their eggs to travel to the uterus. Several studies have shown that the use of an oil-based contrast medium had more effectiveness and better results in pregnancy and live births as compared to tube flushing or hysterosalpingography with a water-based contrast (11, 7).

According to an article in the New Scientist, the use of poppy seed oil in such practices could increase the chances of women getting pregnant. This article was based on the findings of a study by researchers at the University of Adelaide – Australia. In the study, researchers took 1119 women and divided them into two groups. One group had their tubes flushed with just water, while the other had the procedure done with poppy seed oil.

After six months 40 percent who had this oil used on them got pregnant, while just 29 percent of the women who had tubal flushing with water got pregnant. This led the researchers to conclude that there could be compounds in poppy seed oil that benefits fertility in women (10). 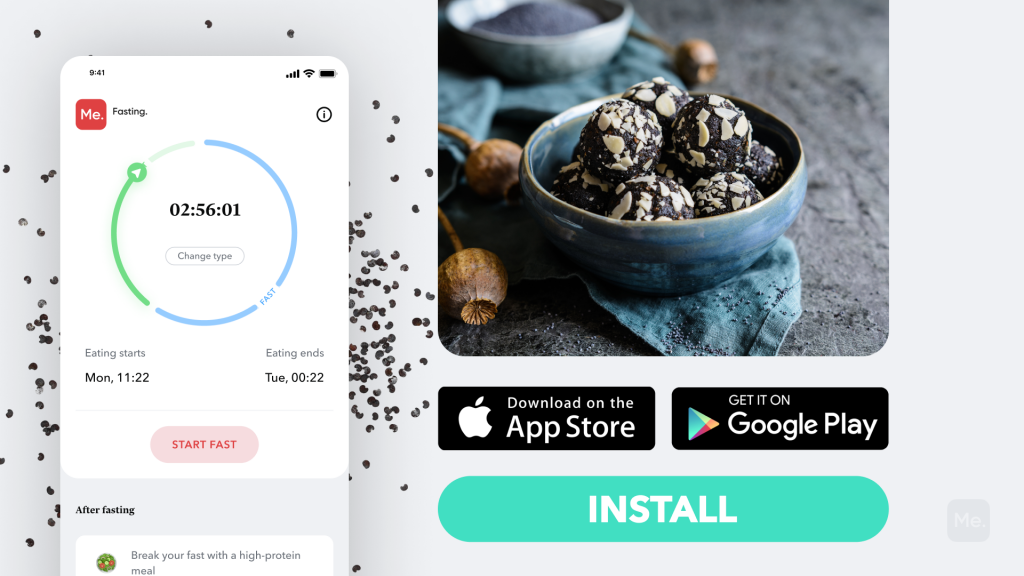 How Many Calories Are In Poppy Seeds?

Like chia, sesame, and flax seeds, poppy seeds are a moderate source of calories. Calories in poppy seeds per different serving sizes are as follows (20)

What Are The Side Effects Of Eating Too Many Poppy Seeds?

When eating poppy seeds side effects may include:

One of the side effects of eating too many poppy seeds is a positive drug test for opioids. The opium poppy plant is the source of both legal and illegal drugs such as heroin, morphine, and codeine. While the seeds themselves do not naturally contain these opiates, research states that workplace and roadside drug testing of these seeds has resulted in positive results of traces of opioids (13).

According to a 2011 report by the European Food Safety Authority, while the seeds themselves are naturally opioid free, harvesting and preparation processes may lead to contamination. In the poppy plant, the sap is what is used to make the drugs mentioned above. During harvesting the sap may leak to the seeds thus contaminating them.

See also
Horse Gram Benefits, Side Effects And Everything Else You Need To Know

In terms of food processing, if the seeds are not well cleaned, they may reach consumers with traces of these same drugs in them which could land you in trouble with the law or human resources – depending on your luck (8).

If you would like to avoid this specific side effect, you are advised to stay away from raw poppy seeds for at least 24 hours before any upcoming drug test. A study in the Journal of Analytical Toxicology stated that traces of morphine and codeine remain traceable up to 48 hours after ingesting poppy seeds (23).

Baking the seeds – in pastries and other baked goods – can reduce the chances of these opioids being detected (as the process reduces morphine concentration by up to 90 percent) but this too doesn’t mean that you are fully safe (16).

If you still insist on consuming these seeds – especially in their raw form – it is suggested that you stick to eating 1 tablespoon per 7 pounds (lb) of body weight per day, and avoid them close to any upcoming drug test (14).

One purported benefit of poppy seed is in fighting insomnia and helping people sleep better. This theory probably comes from the historical use of poppy in making laudanum – a poppy-based beverage – made by mixing opium, distilled water, and alcohol – that was used in Europe and America from the 16th century to the early 20th century. Not only was it used to help people sleep but it had multiple uses as a pain reliever, a cure for diarrhea and eye problems, a surgical analgesia and much more (1).

According to WebMD, today, poppy seed tea is made by soaking poppy seeds in water and eventually drinking said water. This is where there is concern that an opioid addiction can arise from. As previously stated, while the seeds themselves are opioid free, the harvesting process can lead to poppy seed contamination with opium sap which coats them with morphine and other opiates (22).

If you happen to purchase unwashed poppy seeds then make tea and other infusions with them, then there is a chance that you are unknowingly ingesting enough opioids to produce a psychoactive effect.. A survey in the Drug and Alcohol Review journal – done at an opioid rehabilitation center in New Zealand – found that 46% of patients in the facility reported having used poppy seed tea (17).

A case report in the Pain and Therapy journal published in 2019 shows that cases of this dependence may exist all over the world. Researchers advise that while some sources say that this tea could help fight insomnia and offer pain relief, you should not risk it (18). 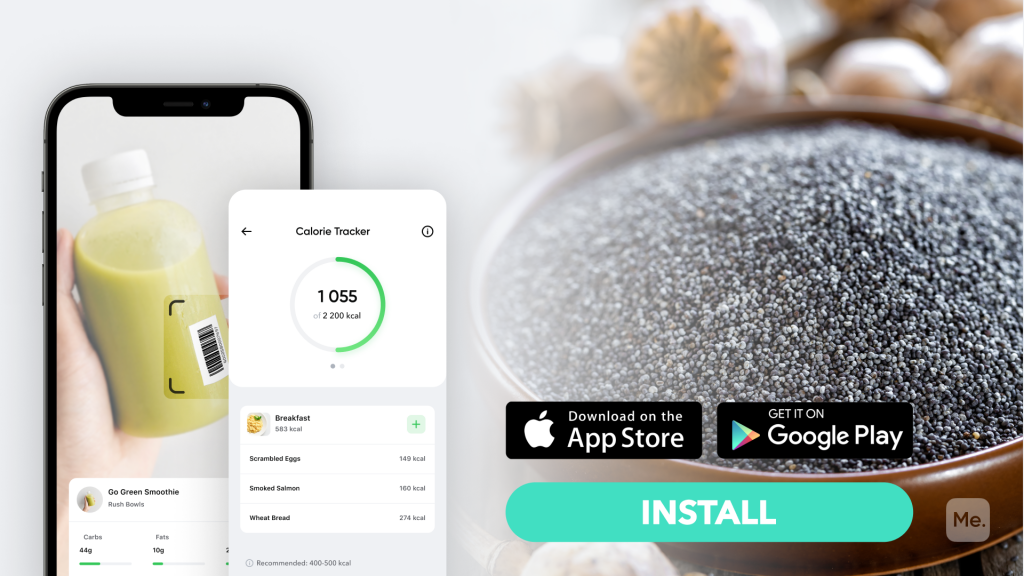 Also known as an intestinal obstruction, this is a gastrointestinal condition where either your large or small intestines are blocked, meaning that you cannot pass stool or gas. Other than an inability to pass gas or stool, those suffering from this blockage may also experience other symptoms such as severe abdominal pain, nausea, and vomiting.

In 2018, the Journal of Forensic Sciences reported a case of a 54-year-old woman who was found unresponsive at her home and later pronounced dead. Previous to her passing she had been vomiting. Her autopsy report outlined a ‘cast-like large bowel obstruction composed of poppy seeds’, and the cause of death was determined to be complications of a bowel obstruction secondary to poppy seed ingestion.

While cases of death from bowel obstruction by poppy seeds is rare, this case could serve as a warning of the side effects of eating too many poppy seeds (5).

While rare, contact with or inhalation of poppy seeds may trigger an allergic effect. According to a 2006 review in the Allergy & Asthma Proceedings journal, such an effect was seen on a 16-year-old boy. After inhaling some of these seeds, the patient developed allergy symptoms that included shortness of breath, conjunctivitis aka pink eye, red, inflamed and itchy skin, as well as swelling. Researchers cautioned that while such an allergy is extremely rare, people – especially those suffering from a nut allergy – should be wary (15).

See also
Benefits Of Pumpkin Seeds: 10 Reasons Why These Nutrient-Rich Seeds Should Feature In Your Diet

Properly processed poppy seeds are relatively safe to consume and will not cause the above adverse effects. However, unwashed raw poppy seeds are another matter altogether. Consumption of these unwashed seeds either via teas or baked goods can lead to gradual addiction to opioids and potentially overdose.

Throughout the years, several cases of the above have been reported including

According to the above-listed poppy seed nutrition facts and benefits, these seeds are good to have in your diet and can be part of a healthy diet when properly processed. However, the side effects are nothing to be brushed over either. The risk posed by unwashed poppy seeds is much higher than any benefit. This is especially so for at risk people such as children, pregnant women, or people with a history of substance abuse. If you fall in this category, we would advise you to stay away from poppy seeds in general. Above all else, please speak to your doctor before adding poppy seeds to your diet.

108 views
Written by R. Mogeni Medical review by K. Fleming
Get Your Personal Plan
according to your age and BMI
Watch Clip
Get started