Support Ukraine
Blog Nutrition Diets Keto Low Carb Desserts: The Dos And Don’ts Of Having A Treat On The Keto Diet

Low Carb Desserts: The Dos And Don’ts Of Having A Treat On The Keto Diet 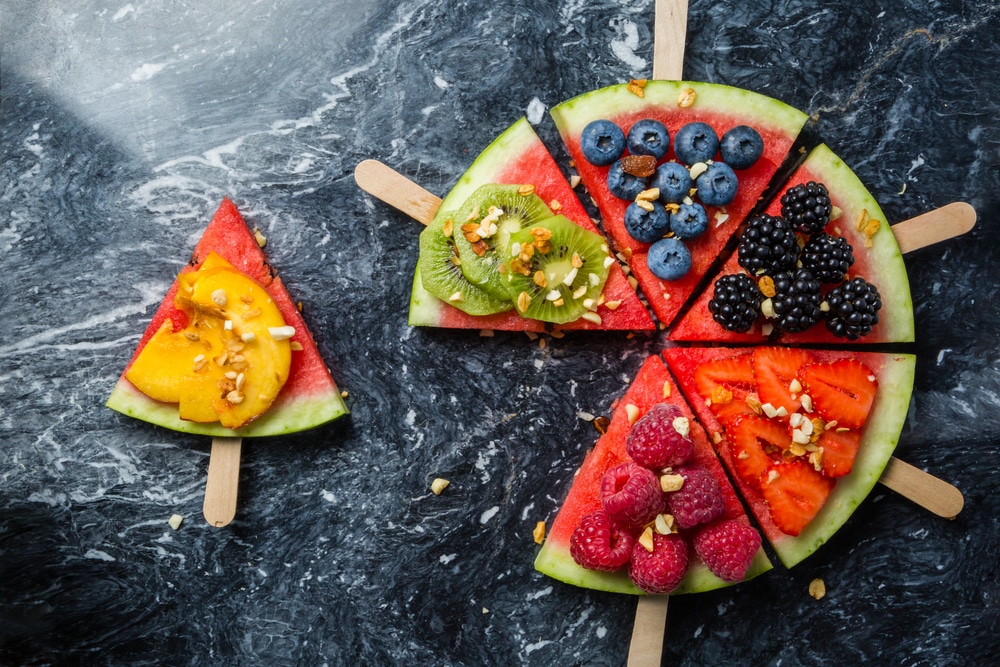 The Keto diet is a low-carb, high-fat diet that claims to help you lose weight and live healthier. As with any diet, there are some dos and don’ts that must be followed in order to reap the benefits of this type of lifestyle. In this article we will cover some do’s and don’ts for those who have desserts on a keto diet.

The Benefits Of The Ketogenic Diet

There are many reasons why people choose to follow a keto or low-carb-based diet plan such as for diabetes management, weight loss or improved overall health (14). One other reason may be so they can enjoy dessert without feeling guilty about it!

However, when it comes down to eating your favorite dessert while following a keto plan, it does require a bit of planning and knowledge about what works and doesn’t work.

The Keto Diet And Sugar

One thing that many people struggle with when it comes to following a low-carb diet is keeping their blood sugar in check. Many types of desserts, such as cakes and candies are made with flour and tons of sugar. These ingredients send your blood sugar rising very quickly which will kick you out of ketosis (11). If you are following a keto plan, then these types of desserts should be avoided at all costs.

What Are Low Carb Desserts?

Essentially, low carb desserts are made with keto-friendly ingredients. They are low in sugar and carbohydrates from other sources such as wheat flour. They can also be made with sugar substitutes such as stevia or monk fruit, which are low in carbs and do not affect blood sugar.

When choosing a keto-friendly dessert, look for ingredients like coconut flour and almond flour which make great alternatives to wheat flour and other high carbohydrate flours that could kick you out of ketosis.

The following sweeteners can be used in low-carb desserts. They make your desserts taste sweeter without the added calories and carbohydrates from regular table sugar.

Monk fruit can be used as a sweetener for low carb desserts, drinks, and other dishes. This fruit is known for its sourness, has 0 net carbs, and most importantly has 0 glycemic index or GI value (12).

The glycemic index or GI is a measure that ranks how quickly blood sugar levels are raised by different foods containing carbohydrates.

In general, high-carbohydrate foods have higher GIs while low-carbohydrate diets have lower GIs. Monk fruit has a GI score of zero and that makes it a very useful sweetener for diabetic patients and people on low carb diets including a ketogenic diet (8). 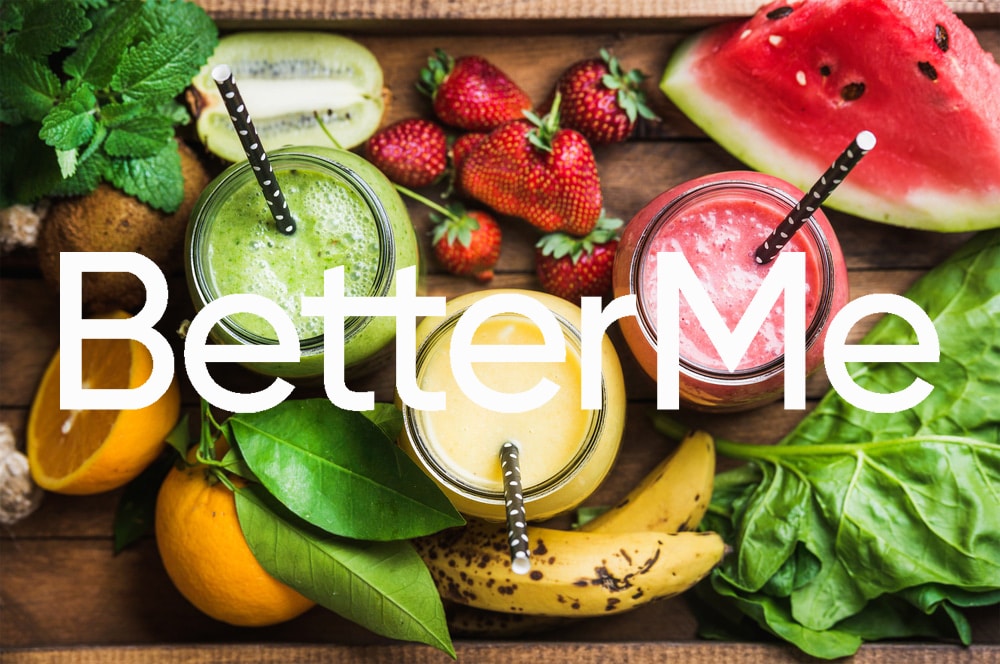 When it comes to making keto-friendly desserts, a lot of people use erythritol.

Erythritol, in its isolated form, when eaten doesn’t have any effect on your blood sugar or insulin levels. In fact, multiple studies have been done to test the effects of erythritol on humans and no relevant side effects were found (3).

It’s a sugar alcohol that has been around for a long time and is used as a baking ingredient in both keto and other low-carb diets.

In fact, erythritol is one of the most widely consumed sugar alcohols as it’s approved by the FDA as “generally recognized as safe” (4). What this means is that erythritol can be used as a non-nutritive sweetener and is widely considered to be safe for consumption.

Stevia is widely used as a sugar substitute in the low carb community to sweeten coffee and teas. It’s also suitable for ketogenic diets, but there are some important considerations.

The basic ingredients of stevia extract are steviol glycosides (mainly stevioside and rebaudioside A). Steviol glycosides are extracted from the leaves of the stevia plant. They have a very sweet taste, but almost no calories.

Until recently, stevia was banned as a sweetener in the United States and Europe because of fears that it caused cancer. However, after several studies showed no carcinogenic effects from stevia, the US Food and Drug Administration (FDA) approved rebaudioside A (Reb A) as a food additive and gave it a generally recognized as safe (GRAS) status (1).

The FDA still does not permit stevia leaf or crude extracts to be used as sweeteners because they are unprocessed and therefore not “generally recognized as safe.”

The European Commission considers steviol glycosides to be novel foods. They are not currently banned, but companies must notify the European Food Safety Authority (EFSA) before putting them on the market (9). Because stevia is much sweeter than regular sugar, most recipes  only need a small amount of stevia. 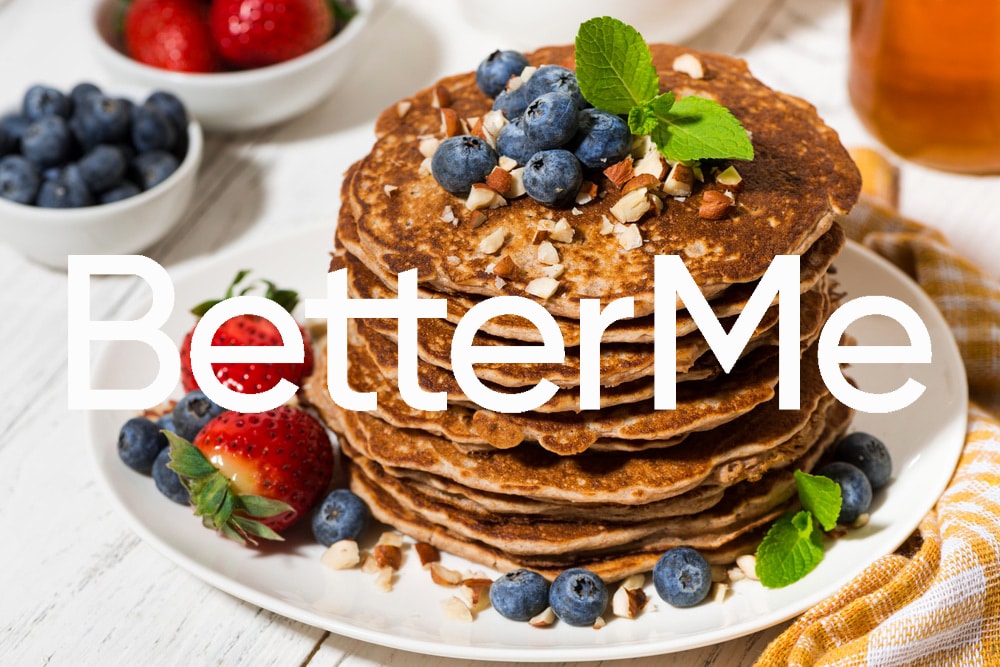 Of all keto-friendly sweeteners, allulose comes closest in resemblance to table sugar.  It is a rare sugar substitute: currently, it can be found in very few food products out there.

Allulose is a keto-friendly sugar, and it’s also called psicose.  In confectionery products, allulose has been added as a substitute to table sugar with the aim of decreasing calorie intake from sugar. It is very similar to table sugar in terms of taste (around 70% as sweet), but it isn’t metabolized by your body and used as fuel.

There’s not much research on allulose, and no long-term studies on humans. Most of the data we have comes from animal testing. However, it’s been established that this sweetener doesn’t affect blood sugar levels, so it is a good option for making low-carb desserts (2).

Yacon syrup is derived from a fruit that grows in South America. Although it looks like a sweet potato, this is not the case.

Internally, yacon has an extremely high concentration of starch in the form of fructooligosaccharides (FOS), which is a sugar that the body cannot digest. This feature makes it an ideal choice for people who follow Keto diet.

Although it has FOS, yacon does not affect blood glucose levels or cause insulin spikes. This means that you can eat yacon while on keto without any problems.

See also  Weight Loss Plateau: Causes And Tips On How To Overcome It 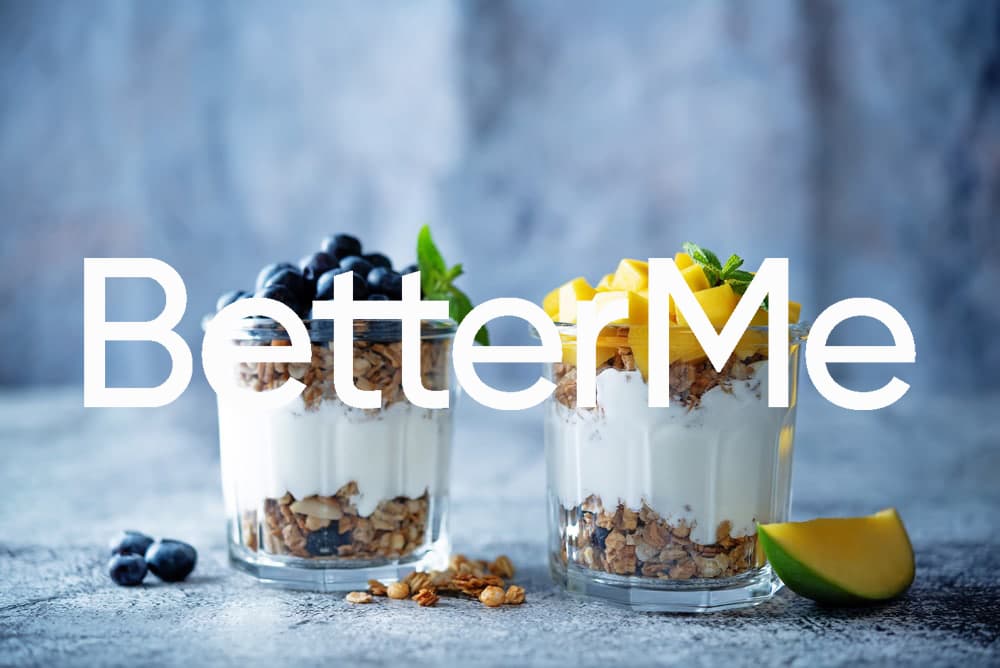 Replacing traditional flours with low carb options can leave you with tasty desserts that don’t kick you out of ketosis. Here are some of the best low carb flour substitutes you can use:

Almond flour is a grain-free, low-carb option that is readily available in most grocery stores. It is usually made from raw blanched almonds and has a similar taste and texture to traditional flour. Many people substitute almond flour for regular flour, and it can be used in a variety of recipes.  In fact, it is a great replacement for wheat flour in most baked goods.

Coconut flour is an ingredient that has become very popular in the keto diet community. Many people are using it to replace regular flour at least some of the time, while others use it to add variety to their recipes. The idea behind using coconut flour is that because it’s mostly fiber and protein, you can substitute it for other flour and expect to get a similar nutritional value.

Flax seeds are nutrient-dense seeds that are high in fiber, omega-3 fatty acids, and lignans (a type of phytonutrient) (10). When ground, they make a  great flour-like addition to baked goods.

Ground flax meal is also often used as a substitute for bread crumbs, if you are making an especially low carb dish.

One of the interesting but misunderstood aspects of flax seed has to do with the effects on blood sugar. Flax meals do not cause the same blood sugar spikes that white flour, white rice, or potatoes. This makes it a good choice for people on a low carb diet.

When mixed with water or other liquids, it gels up, which makes it an effective egg replacement in vegan baking. Flax meal is also often called for as a thickening agent.

Psyllium husk is sold as a dietary fiber supplement. However, it may also be used as a thickening agent to make low-carb baked goods. It doesn’t spike insulin or blood sugar, so it’s safe for those avoiding carbs. 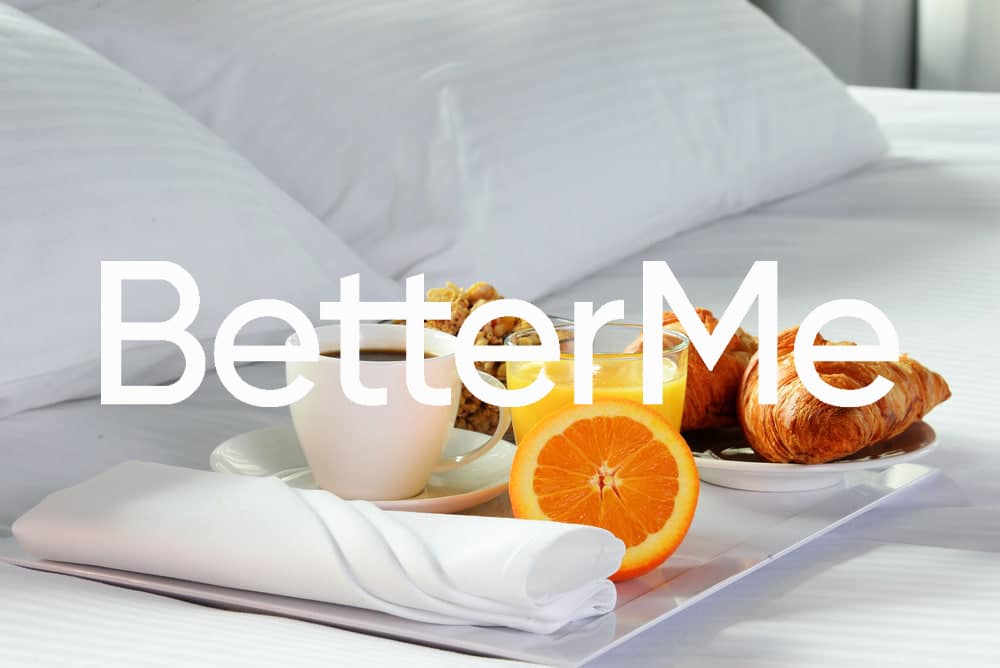 Which Ingredients To Avoid When Making Low Carb Desserts?

There are certain ingredients that are an absolute no-no. These ingredients are either high sugar or high carb, and will go against your dietary goals.

In general, you should avoid most things  that are described as having a “sweet” taste. This is because most ingredients that fall into the “sweet” category are generally high in carbohydrates and will affect blood glucose levels.

Another important thing to remember when making low carb desserts is that you should avoid traditional flours including:

A lot of sweet treats are made using these kinds of flours, but the best substitutes are the ones listed in the flour substitutes section above.

When making low carb desserts, it is best to steer clear of  anything that is fried, salted, or has a lot of high-carb ingredients in it. When you look at the nutrition labels on sweet products, the first number listed is always for sugar content. Be sure to pay attention to this when scanning low-carb food options.

Finally, be careful with your choice of fruit. This is because not all fruits fit into a low-carb diet. Some fruits to avoid or limit due to their high sugar content include:

When making low-carb desserts that require fruit, try to stick with fruits that are generally the lowest in sugar. Fruit is not off-limits when it comes to having a treat on the keto diet, but it’s best to stick to those that aren’t too sweet. 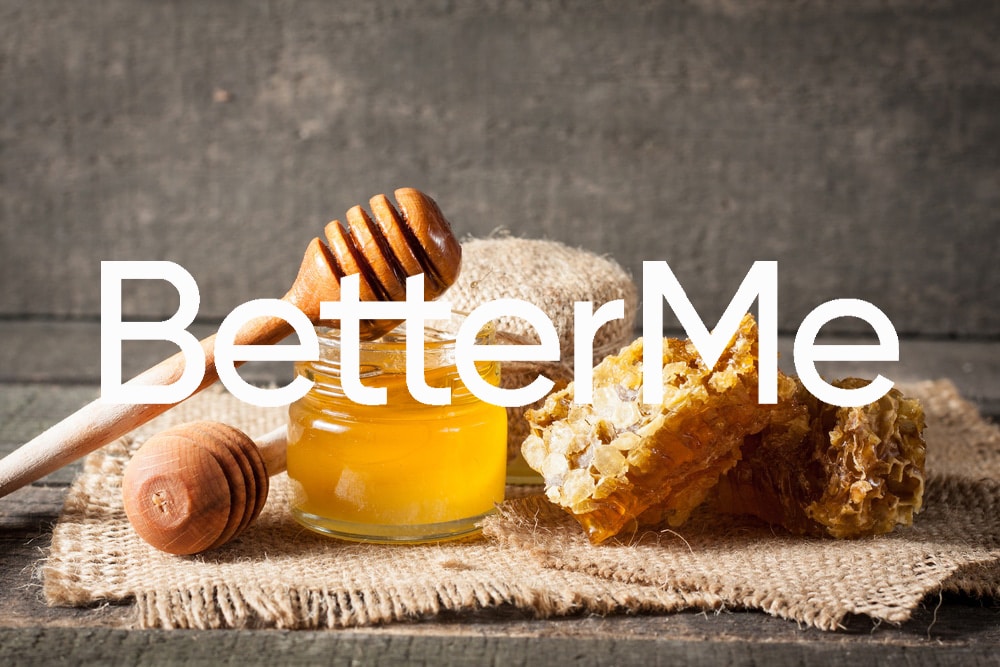 What Desserts Can You Eat On A Low Carb Diet?

Here are some of the healthiest dessert recipes you can try out when on a low carb diet:

For the best results, garnish this crustless instant pot cheesecake with whipped cream or strawberry syrup. Here’s how you make it: 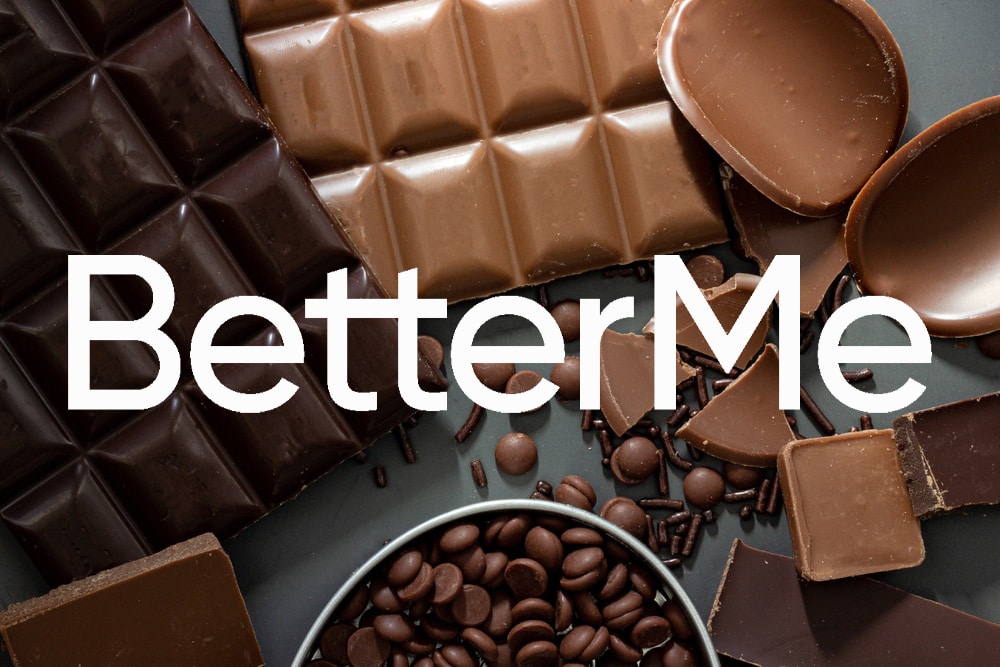 This recipe delivers a delicious, creamy dessert that’s low in carbs in just a few minutes! Here’s how you make it:

These crunchy treats are great with coffee or whipped cream for dessert. Here’s how you do it:

Going on a low-carb diet doesn’t mean you have to say goodbye to sweet treats forever. However, you’ll need to follow some guidelines when choosing what ingredients to use when baking them, so your blood sugar levels are not adversely affected. 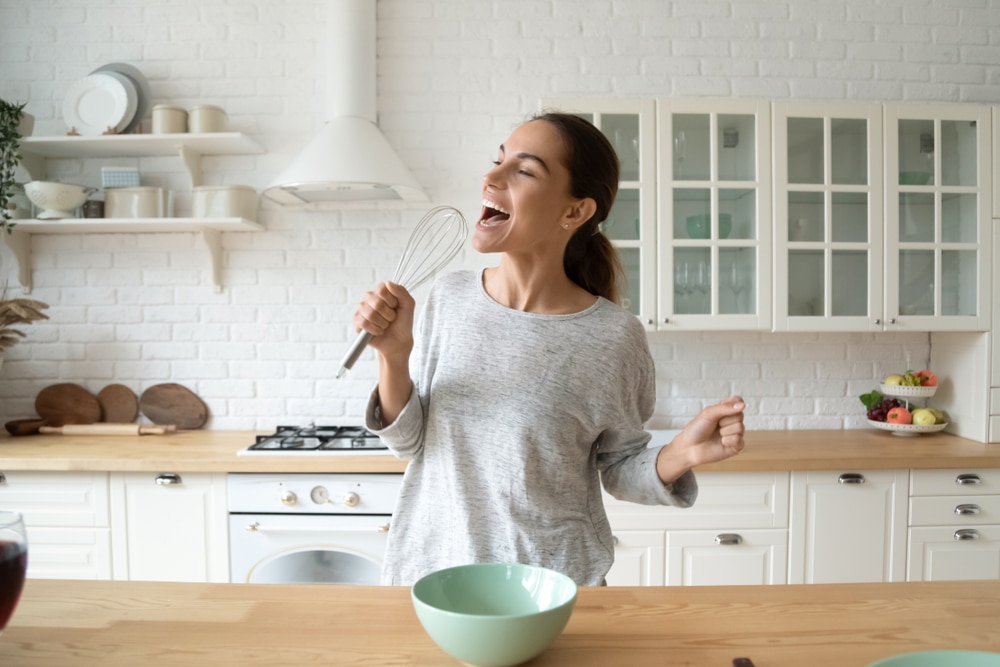 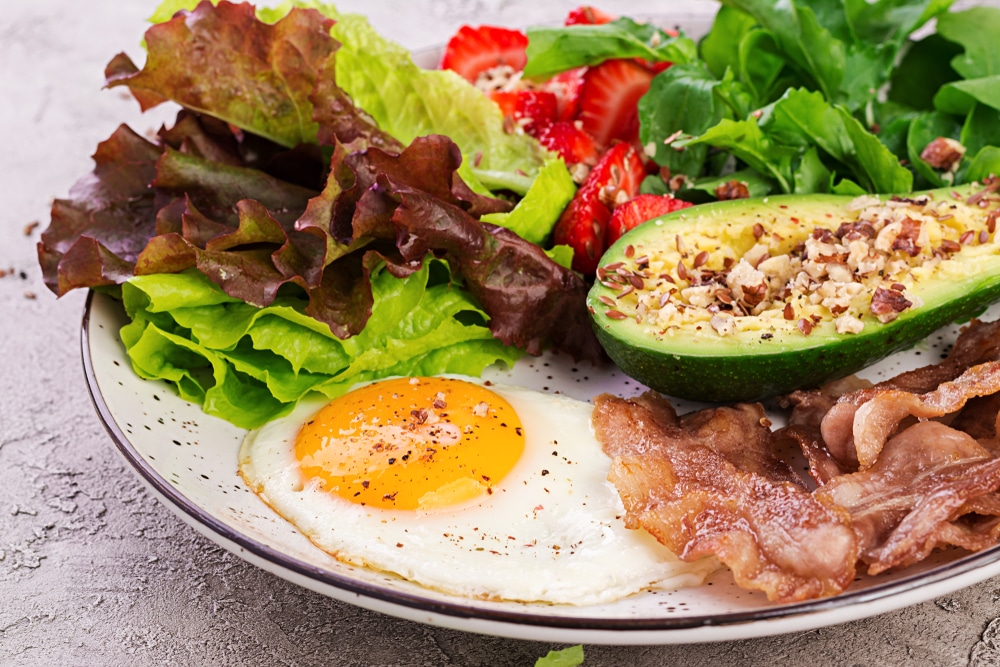 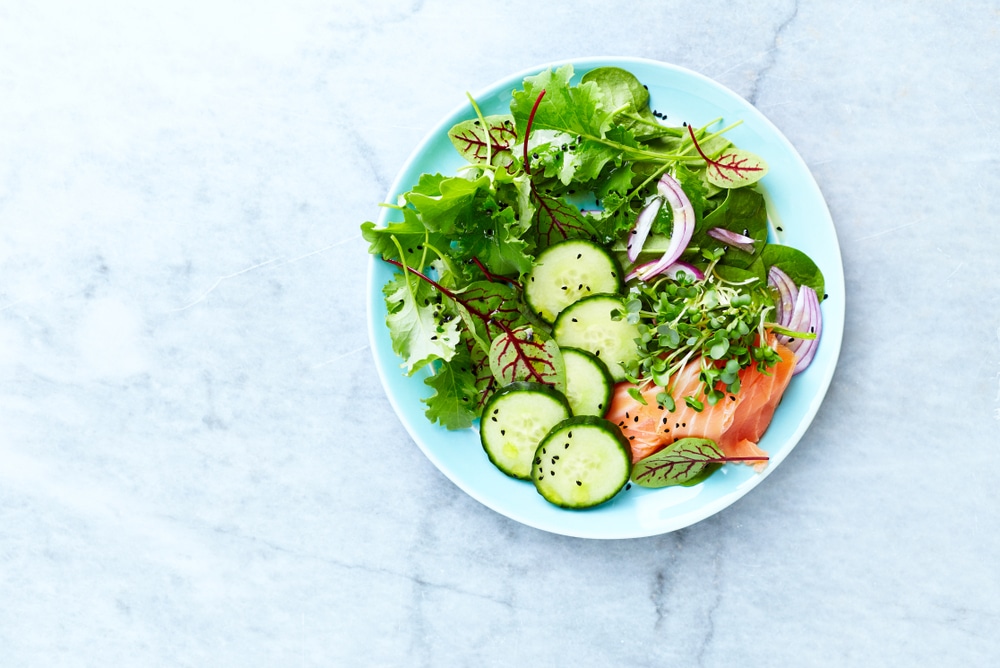 No Carb No Sugar Diet Meal Plan: Is It Healthy For Weight Loss?