Blog Nutrition The Best Foods That Increase Serotonin In The Brain

The Best Foods That Increase Serotonin In The Brain

With the conversations surrounding mental illness being spoken about in public more and more, many people around the world are able to find help as well as factual information on how to prevent, manage, and even treat these disorders. One of the mental health issues that has and continues to have a light shown upon it is depression. While this illness has many varied causes, one cause that scientists theorize upon is a lack of serotonin. In fact – many doctors will prescribe a selective serotonin reuptake inhibitor as a treatment for depression. However, medications are not everyone’s cup of joe. For those looking for natural ways to increase this hormone’s levels, foods that increase serotonin are a good way to start. Keep reading to find out which foods increase serotonin the most, as well as other simple lifestyle changes that will boost the production of this happy hormone.

Why Are Foods That Increase Serotonin Important?

Before outlining the foods that increase serotonin and dopamine in the brain and body, we must first understand these hormones, what they do and where they come from.

Many people have some knowledge of this neurotransmitter/hormone for its role as a mood regulator, but this is not all it does. As previously stated, this hormone is mostly found and made in the gut where it is essential for healthy digestion. It also works to help improve sleep, memory, sexual function, bone health, and blood clotting (17, 12).

See also
Fructose Vs. Sucrose: Which Is The Healthier Option?

This chemical affects many of our behaviours such as movement, learning, motivation, sleep, attention/focus and emotions. It also affects other bodily functions such as lactation, heart rate and blood flow, kidney and pancreatic function, pain processing, insulin regulation, digestion, nausea, and vomiting, stress response and much more.

It is also said to contribute to feelings of alertness, focus, motivation, and happiness as well as euphoria. This neurotransmitter is produced in the the substantia nigra, ventral tegmental area, and hypothalamus of the brain (23,5)

So to answer the above question, foods that increase serotonin and dopamine could be important as they might help our bodies make more happy and pleasure hormones – things that are especially important now, as cases of depression are steadily increasing around the world (3).

A point to note is that the neurotransmitters (serotonin and dopamine) are made from the amino acids tryptophan and phenylalanine/tyrosine, respectively (4, 24, 6).

Read More: Benefits Of Turnip Greens: Reasons You Should Be Eating These Healthy Vegetables

List Of Foods That Increase Serotonin In The Brain

Some incredible foods that are rich in tryptophan include:

See also
Does Bread Make You Fat? Here’s What You Need To Know About Food And Weight Gain

There is no denying that these tryptophan rich foods could go a long way in increasing the level of happy hormones in your body, since you need tryptophan to make serotonin. But what happens when you are feeling low and have none of these foods at hand? What can you do?

Here are some non-medicated natural ways to increase serotonin:

Lack of sunlight is one of the main causes of a drop in serotonin levels. In fact, one of the main types of depression i.e. Seasonal Affective Disorder (SAD) is directly linked to the lack of sunlight. According to the American Psychiatric Association, SAD aka winter depression usually occurs during the fall and winter months when there is less sunlight and usually improves with the arrival of spring. This condition has been linked to a biochemical imbalance in the brain prompted by shorter daylight hours and less sunlight during the winter time (15).

According to a two-week study published by the Environmental Health journal, research done on about 16,800 participants found that lower levels of sunlight exposure were associated with impaired cognitive status (8). Another article published in the Issues in Mental Health Nursing journal suggested that a lack of vitamin D may play a role in the development and maintenance of not only depression but also other major mental health disorders as well (25).

If you feel sad or your mood sours for no particular reason, go outside and get some direct sunlight and we guarantee that you will start feeling better and calmer. 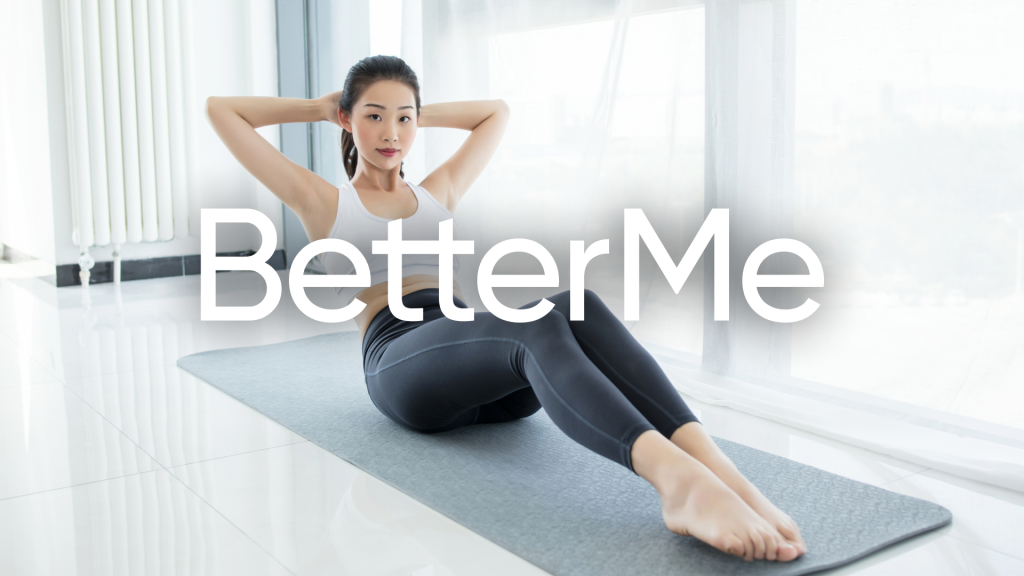 It may sound like some new-age nonsense but research continues to show that being grateful or practicing gratitude meditation is one of the best natural ways to increase serotonin. This practice has been shown to boost both dopamine and serotonin which together lift our mood immediately (20, 22).

Ps. We know that sometimes when things are really hard, finding things to be grateful for can be difficult. We suggest keeping a gratitude journal so you can flip through it anytime when you feel down or defeated.

When we think of hugging or generally touching another human being, many of us relate to it as a way to show affection, reassurance, comfort, sympathy, and support. While all these factors are true, studies have found that a simple touch can immediately boost serotonin levels in human beings. If you cannot find someone to hug – or feel that it’s too intimate – try holding hands, or maybe get a massage. A review published in 2015 found that something as simple as massage therapy increases urinary dopamine and serotonin (21). In children, physical touch has been shown to not only help them become more sociable, but also helps improve both their mental and physical well-being (11).

While exercise is often associated with weight loss, it has a great effect on your mental health and ‘happy hormone’ production. According to a review by the Journal of Psychiatry & Neuroscience, exercising can increase the production of serotonin and dopamine in the body.

The review states that in relation to mood, exercise has both antidepressant and anxiolytic effects – in fact, working out is often recommended in place of antidepressants in the treatment of mild depression (10). .According to this review, and another study published in the Frontiers in Psychology journal, aerobic exercises are the best form of exercise to battle depression and boost serotonin (14).

See also
Sugar Cravings Causes And Remedies, According To Science 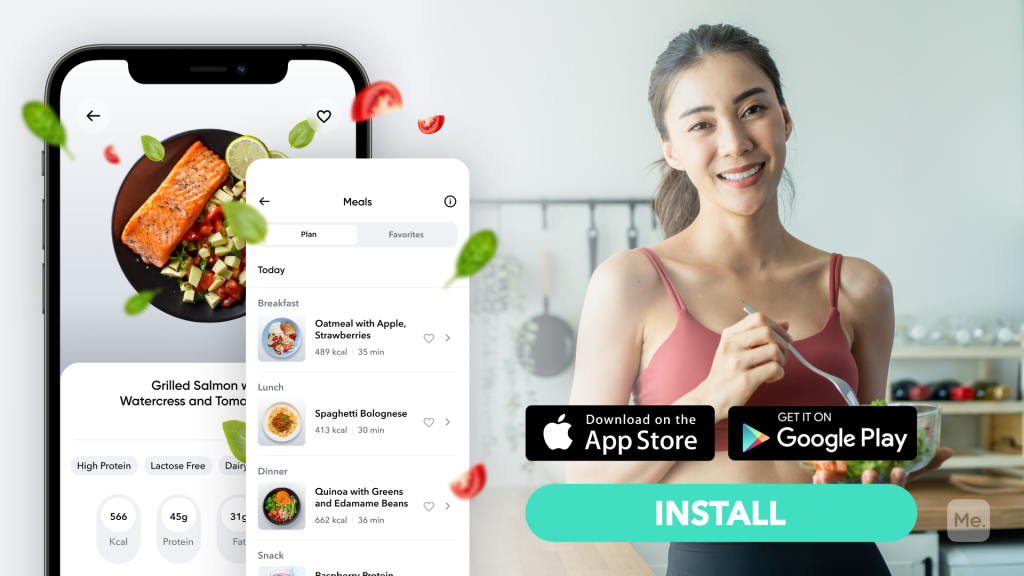 According to the Mayo Clinic this traditional Chinese medicine is used to offer relief following conditions and illnesses such as labor and low back pain, menstrual cramps, Osteoarthritis, headaches, neck pain, toothaches and much more.

In 2006, a study done on rats and published in the The Tohoku Journal of Experimental Medicine stated that this traditional practice helps with serotonin production and even went further to suggest that it could be used to treat emotional disorders, drug abuse and alcoholism (1).

In 2019, another study done on lab mice saw that this treatment helped alleviate depressive-like behavior in mice through central brain neural activity and serotonin receptor modulation (9).

Just like with caffeine consumption, this is a long term plan. For those who may not be aware, 90 to 95 percent of the serotonin we have in our bodies is manufactured in the gut while the other 5 to 10 percent comes from the brain.

Thus, for your serotonin levels to remain as high as they can be, your gut health needs to be in tip top shape – with more good bacteria than bad ones (19). To improve your gut health/bacteria you are advised to 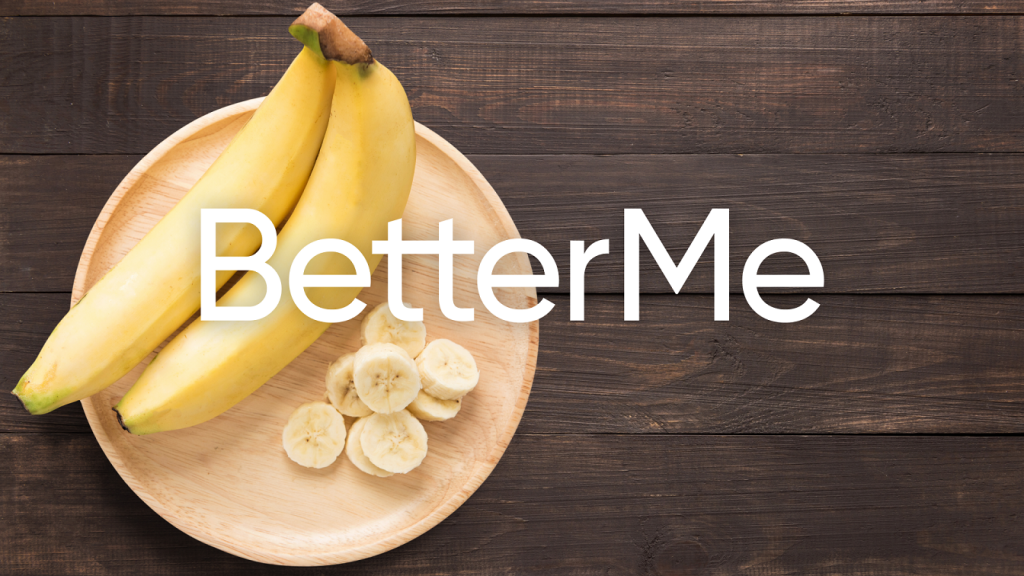 Are Bananas High In Serotonin?

When it comes to the question of which fruits are high in serotonin, bananas are on top of many people’s list. Unfortunately, this is not true. While the on-going conversation around mental health is a good one, the downside of it is that most people get their facts from unreliable sources on the internet who are often spreading myth more than fact.

The truth of the matter is that while bananas do have some serotonin, the amount is not that high. Even more, the serotonin found in these fruits it does not cross the blood–brain barrier – which simply means that it cannot cross the semipermeable border between the blood and the extracellular fluid of the central nervous system to help supplement the serotonin already being produced by the body (10).

This however does not mean that bananas are entirely useless in the serotonin production front. These fruits contain about 38 percent of your daily recommended Vitamin B6 intake. Studies show that, including other nutrients, vitamin B6 is used by the body to make this neurotransmitter (18).

The above-mentioned foods that provide the precursors for serotonin are great to have around the house for anyone that suffers from depression or anyone just looking for natural ways to boost the production of this happy hormone in the body.

Please note that while natural is often a preferable way to go, medication exists and is prescribed for a reason. If you suffer from depression, do not stop taking your medication in favour of replacing them with these foods or activities. Instead, choose to take them alongside the antidepressants prescribed to you.

If you are not diagnosed with depression but suspect that you may suffer from it, please speak to a doctor. These foods, while great, may sadly not be enough for you and your mental health.