The mark of any good diet plan is not in how many carbs, protein, or fat it has. Instead, a good diet plan is known by its emphasis – or lack thereof – on vegetables and fruits. Leafy greens and cruciferous vegetables are part of the backbone that make up any great weight loss diet. Bok Choy is one such vegetable that while it may not be as widely known as spinach, kale, lettuce or cabbage, has a myriad of health benefits that not only help with weight loss, but also with improved general health and immunity. In today’s article we shall be taking a deeper look into this vegetable and discussing side effects, health benefits, nutrition facts and more on bok choy.

What Is Bok Choy?

Before delving into bok choy health benefits, side effects, uses and more, we must first understand what bok choy is and what it’s good for.

Also known as pok choi or pak choi, it is a type of Chinese white cabbage native to China. In Cantonese bok choy literally translates to “white vegetable”. It is part of the Brassica genus of plants alongside other popular vegetables such as broccoli, Brussels sprouts, cabbage, cauliflower, collard greens, kale, turnips and much more (19). These Brassica vegetables are also known as cruciferous vegetables.

In short bok choy is a cruciferous leafy green vegetable native to China and often used in East Asian cooking.

What Is The Nutrition In Bok Choy?

According to the US Department of Agriculture (USDA), one cup of raw shredded bok choy has the following nutrients (2)

This leafy green cruciferous vegetable also has trace amounts of other nutrients such as copper, selenium, thiamin, riboflavin, niacin. vitamin B-6, betaine, and vitamin E.

What Are The Health Benefits Of Bok Choy?

Before looking at the bok choy side effects, let’s first learn about the benefits of eating bok choy.

See also
Foods To Improve Gut Health, And Those To Avoid

Like all other vegetables in the Brassica genus of plants this Chinese cabbage has some incredible advantages that we could all be gaining by consuming more of it. Here are some possible nutritional benefits of bok choy:

Cardiovascular diseases are the leading cause of death globally with over 17 million deaths a year. Keeping your blood pressure in control, eating a healthy diet and keeping your cholesterol levels down are among the things that you can do to prevent heart disease. The benefits of eating bok choy to help with the above mentioned points are all covered.

Bok choy also has minerals and vitamins such as vitamin C, folate, and vitamin b-6 which are know to help keep your heart in tip top shape 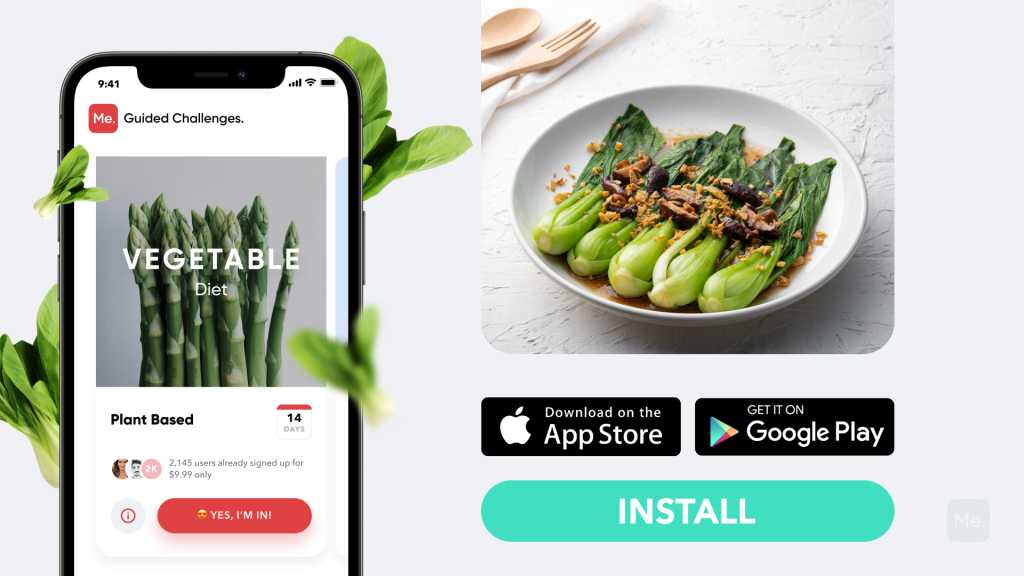 In 1948, the World Health Organization recognized obesity as a disease but its findings and calls to action were ignored by governments and people in the medical profession all over the world. Years later in the 1980s, WHO put out more data insisting that obesity was a matter that needed more attention but again, its findings were ignored (33).

It was not until 1997 when the organization finally declared this matter as a global epidemic did government leaders sit up, notice, and start taking the matter seriously (29). In the year 2000 the number of obese adults had increased to over 300 million. In 2016 over 650 million people were obese while another over 1.9 billion adults were considered overweight (7, 22).

With so many overweight and obese people needing to achieve a healthy weight, the question of which foods are best for weight loss is never far behind. Bok choy is one such food, a fact backed by scientific research.

In 2015, a study published by PLOS Medicine revealed that people who often consume vegetables with higher fiber and lower glycemic load (aka non-starchy vegetables) lost more weight than those who ate lower-fiber, higher-glycemic-load (starchy) vegetables. This study was done for about 24 years (from 1986 to 2010) and had over 133,450 participants (5).

This vegetable is also very low in calories and carbohydrates which makes it perfect for any low carb weight loss diet.

May Lower The Risk Of Cancer

According to the National Cancer Institute, cancer is among the leading causes of death worldwide with numbers in the millions (4). In the United States alone, cancer stands second in leading causes of death (right after heart disease) with over 500,000 succumbing to it every year (18). What’s worse is that the current numbers are expected to rise and by 2040 estimates say that the number of new cancer cases per year may be 29.5 million with the number of cancer-related deaths at 16.4 million (4).

Because the exact causes of cancer remains largely unknown, prevention is better than cure. Scientific research has shown that cruciferous vegetables such bok choy play a large role in the prevention of this illness

The cancer fighting properties found in pak choi are thanks to the myriad of antioxidants found in the vegetable. For example 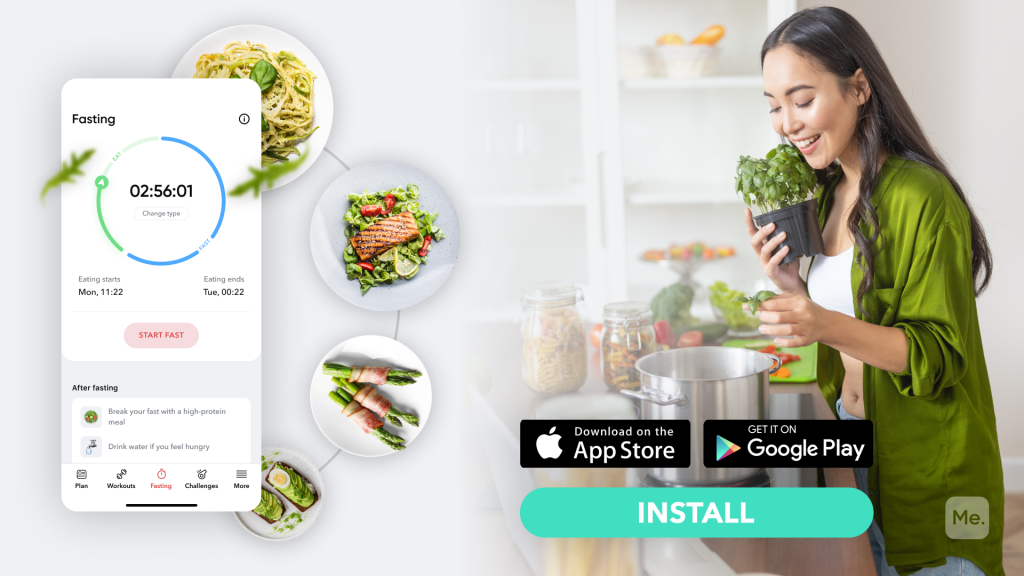 According to the National Institute of Arthritis and Musculoskeletal and Skin Diseases, bone health is important as strong bones allow us to move around, protect our brains, heart, and other organs from injury, store minerals such as calcium and phosphorous not only for their use but for other bodily functions too, and support us as we go about our daily activities (1).

Bok Choy is fantastic in supporting bone health as it has several vitamins and minerals that ensure our bones remain healthy and strong. They include

See also
How To Get Rid Of Water Retention Overnight: Beat Bloat With These Tips

Iron also helps with collagen synthesis which also helps to improve bone density and keeps your bones strong. While bok choy only seems to have trace amounts of iron consuming it still helps increase your daily intake of this very important mineral.

Read More: Cabbage Juice Benefits: Are There Any Reasons To Start Drinking This Juice?

Despite the many health benefits of eating bok choy, the consumption of this vegetable comes with some undesirable side effects. They include

As previously stated, bok choy can be consumed raw which makes it a great addition to salads. That said, eating it raw can inhibit your body’s ability to absorb iodine.

One case study published by The New England Journal of Medicine showed a woman hospitalized in the intensive care unit after being lethargic and unable to walk or swallow for 3 days. Doctors were finally able to link her condition to her daily consumption of 1.0 to 1.5 kg of raw bok choy for several months.

Raw bok choy contains the enzyme myrosinase which breaks down the glucosinolates. Once broken down glucosinolates release some compounds which inhibit iodine absorption which messes up with thyroid function (21).

To be on the safe side, you are advised to limit your consumption of raw pak choi , or better yet, cook the vegetable (as well as other brassica vegetables), a process that deactivates this enzyme (11).

According to Harvard School of Public Health, Vitamin K helps to make four of the 13 proteins needed for blood clotting, which stops wounds from continuously bleeding so they can heal. Other than blood clotting, this vitamin also helps with bone metabolism and the regulation of blood calcium levels.

What Is Bok Choy Good In?

As seen above, this delicious vegetable is rich in antioxidants as well as vitamins and minerals. Bok Choy nutrition facts aside, in cooking, this simple vegetable is often stir-fried making a crunchy and delicious snack or side dish. It also makes a great addition to salads, soups as well as filling for dumplings, steamed buns, or even spring rolls.

How Many Calories In Bok Choy?

Like many other leafy greens and cruciferous vegetables, this Chinese cabbage has very little calories per serving which makes it among the best weight loss foods. 100 grams of raw pak choi has only 13 calories (2), a number much lower than the same amount of raw spinach or kale – 23 kcal and 35 kcal, respectively (27, 17).

Bok choy side effects cannot compare to the health benefits that come from consuming this simple vegetable. If you have been looking for more leafy greens to add to your diet then by all means, add some pak choi to your basket the next time you go grocery shopping – just make sure that you limit how often you eat it raw. As for people on blood thinner medication, be sure to talk to your doctor and dietitian.