White peony is a flowering plant native to the Eastern hemisphere, though it’s grown as an ornamental garden plant in the Northern United States. It has been used for over 1000 years in ancient Chinese medicine. The dried root has been traditionally used to treat many ailments, including fever, inflammation, and pain. Because some of these medical benefits have also been suggested by modern research methods, using white peony tea might be quite beneficial.

In this article, we examine the benefits and potential side effects of white peony tea. First, we’ll give an introduction to what it is. Then, we’ll discuss the evidence that shows exactly how this herb can help people with their health. Finally, we’ll provide some insight on potential risks and precautions you should take when using white peony tea for its medicinal qualities.

What Is White Peony Tea?

White peony is the common name used for Paeonia Lactiflora Pall. This plant belongs to the genus Paeonia, which consists of over 20 different species of perennial flowering plants.

White peony is native to China, Mongolia, and Siberia but grown as an ornamental garden plant in many parts of the world. It has been used for more than 1000 years in traditional Chinese medicine to treat a wide range of health conditions, including fever, pain, and inflammation (3).

The root bark is considered sweet and slightly bitter in flavor and can be consumed as tea or powder. Though research on white peony using modern medical techniques has only recently begun, it has revealed many potential health benefits of this herb. 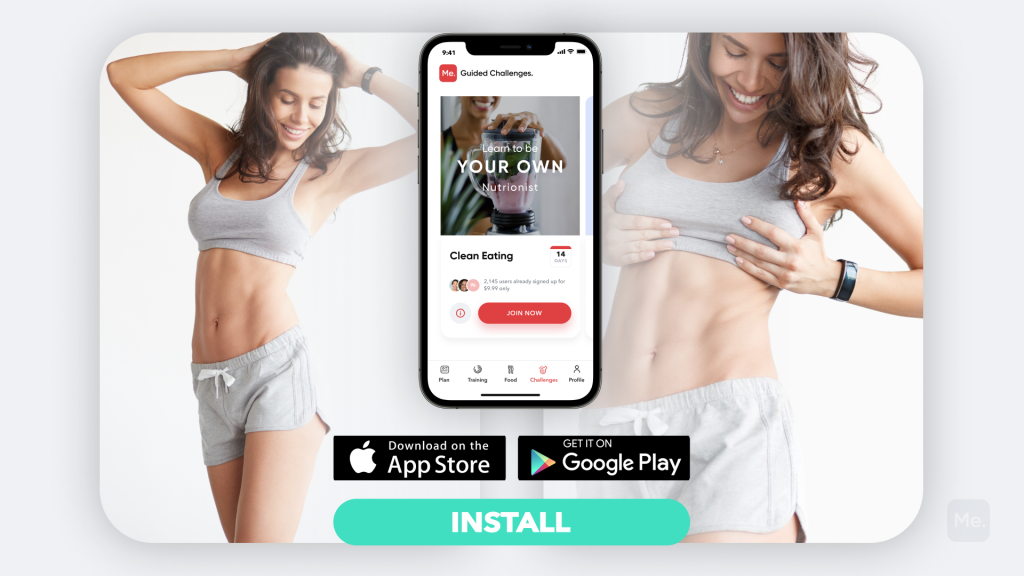 Most research is in early stages and the effects of white peony are far from proven. But some of the possible health benefits of drinking white peony tea regularly are as follows:

White peony contains compounds called phytoestrogens, which are thought to have estrogen-like effects in the body. Estrogen is a key regulator of menstrual cycles, sexual development, bone strength, and other aspects of women’s health throughout their lifespan. Estrogen levels decrease with menopause, and medical treatments can be given to boost estrogen levels in women who don’t produce enough of this hormone naturally (7).

White peony supplements may help offset some symptoms of menopause, such as hot flashes and anxiety. It does this by preventing the depletion of estrogen levels in the body’s tissues. Paeoniflorin, the main compound in white peony, has been found to increase the activity of aromatase, an enzyme that turns testosterone into estrogen. The compound also reduces testosterone synthesis.

Adding white peony to your diet may help balance estrogen levels naturally, thus reducing some of the negative effects of menopause (10). Just be sure to talk to your doctor about it first. 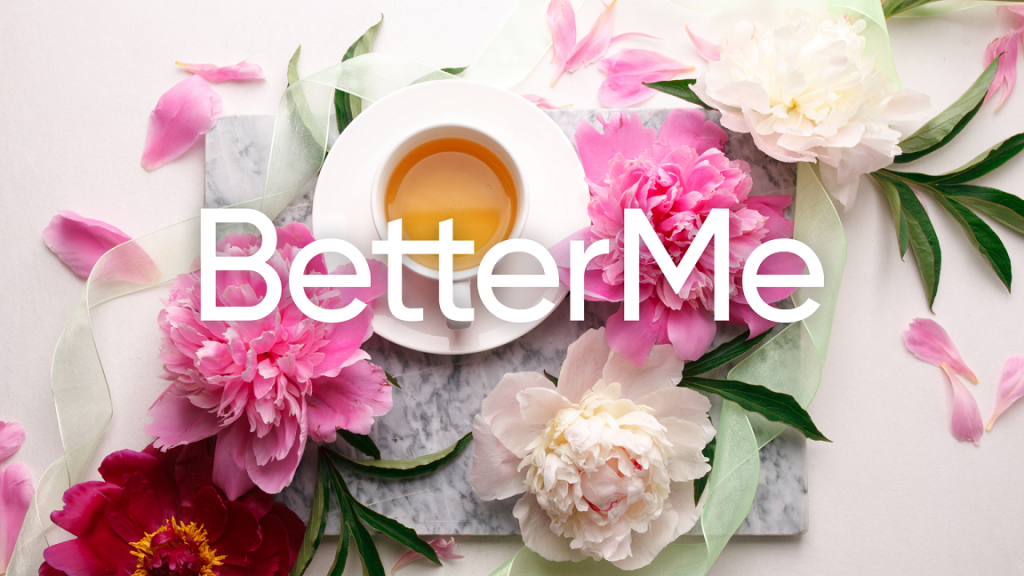 Paeoniflorin is thought to have anti-cancer and antioxidant properties. These activities might help prevent cancer formation and growth by suppressing tumor growth and spreading (8).

In this study, researchers found that paeoniflorin could potentially be used as a topical treatment for skin cancers such as basal cell carcinoma (BCC) and squamous cell carcinoma (SCC). This particular research was conducted on mice with transplanted tissues, hence, more studies are still needed to be done before we know whether it will work in humans.

Like many other plants, white peony contains potent antioxidants that have been found to prevent oxidative damage of cells. In a study on diabetic mice, researchers observed that peony seed oil helped reduce blood sugar. It also improved blood lipids and increased antioxidant enzyme status in these animals (2). 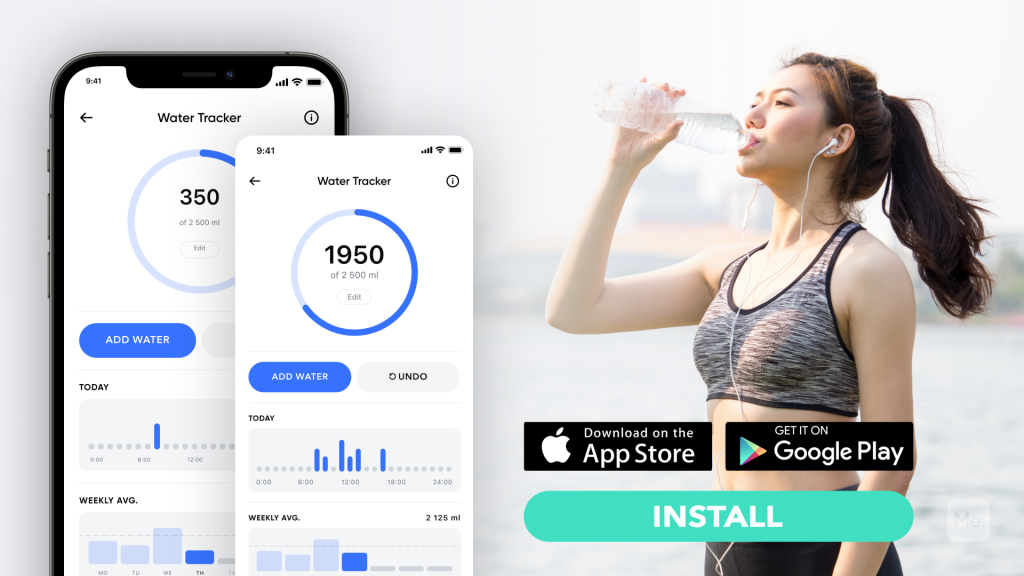 May Suppress The Inflammatory Response

White peony contains compounds called saponins, which have been shown to suppress inflammation and autoimmune diseases in some studies. For example, one study found that treatment with a special saponin extract from a different plant reduced symptoms of psoriasis (15). Saponins are also thought to be responsible for the anti-inflammatory effects of white peony. If you’re trying white peony tea as a complementary treatment for an inflammatory condition such as arthritis, there’s some evidence from animals that it may help reduce your symptoms (12).

However, white peony tea could suppress the immune system, so you should approach it with caution if you have an autoimmune disease. In addition to psoriasis and arthritis, there is evidence that this herb may help treat skin hyperpigmentation disorders (13). Always talk to your doctor before trying any herbal remedy or treatment. 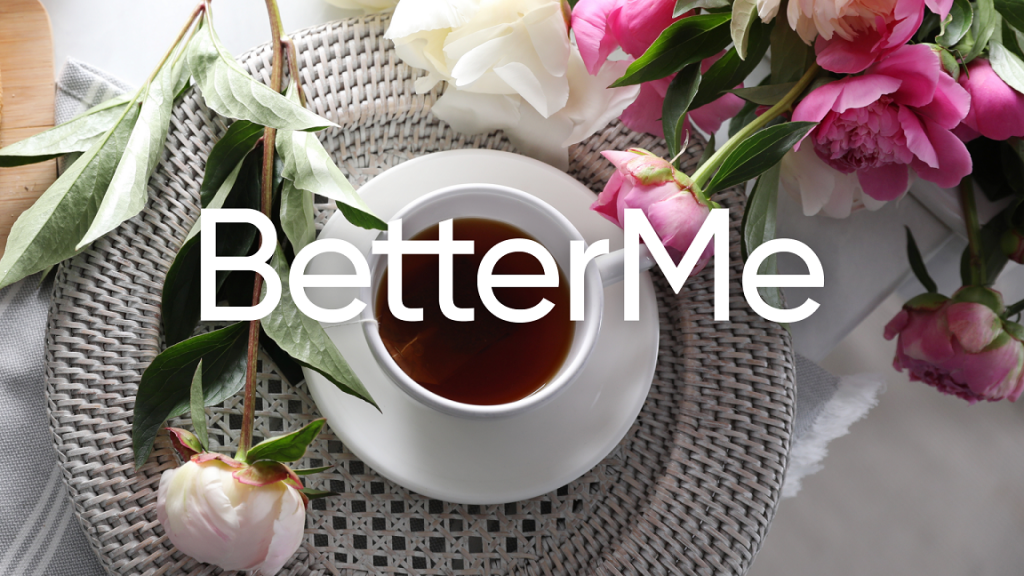 May Treat Anxiety And Depression

Paeoniflorin, one of the main compounds found in white peony, seems to have stress-relieving effects. A study on PMS anxiety in rats found that white peony extract relieved anxiety by altering the expression of estrogen receptors, serotonin transporters, and another enzyme involved in serotonin production (6).

White peony extract has been shown to reduce pain. In one study, researchers found that paeoniflorin had analgesic (pain-reducing) properties that were comparable or stronger than those of acetaminophen, a pain reliever drug. In another study on mice with induced arthritis, the saponins in white peony significantly reduced inflammatory markers (9).

Paeoniflorin, the saponin contained in white peony, has been found to increase blood flow. Researchers have hypothesized that this is because of its inhibitory effects on platelet aggregation (4). Some studies have shown that the active compounds in white peony, including paeoniflorin, can increase blood flow by inhibiting platelet aggregation and blood coagulation (clotting) (14). 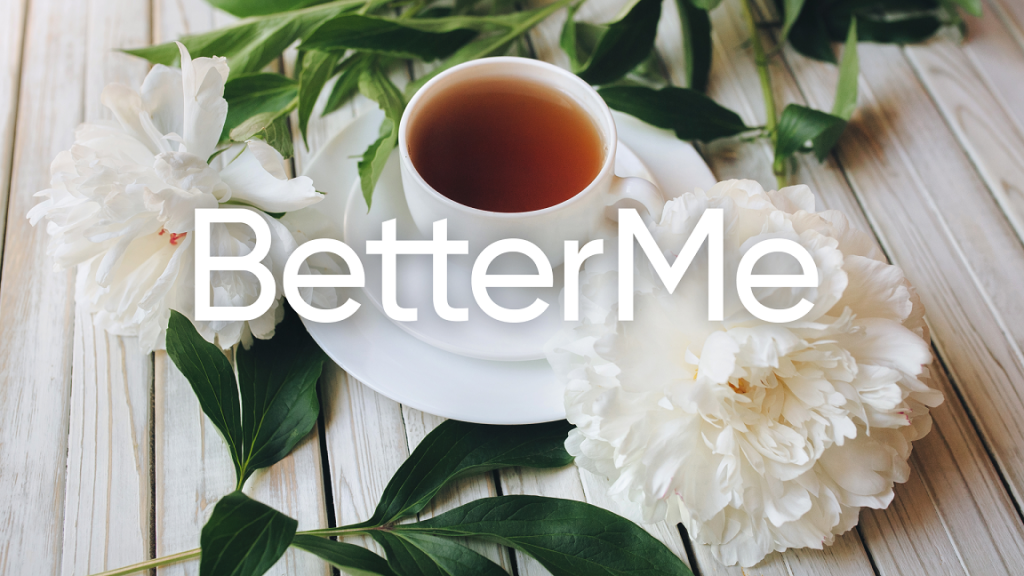 White peony extract has been used in traditional Chinese medicine for hundreds of years to help brighten the skin. This is due to some of the compounds naturally present, such as chalcone and gallic acid. A study on reconstructed skin suggests that white peony may be an effective treatment for hyperpigmentation-related — a darkening of patches of skin — conditions such as melasma and vitiligo. However, more research is needed before it can be recommended for this purpose in humans (13).

White peony is rich in compounds that have anti-inflammatory effects. Researchers have identified two specific components, paeoniflorin and albiflorin, which decrease inflammation by blocking the production of inflammatory proteins. These saponins also block enzymes called COX-2 and 5-lipoxygenase (5-LO), both of which are involved in arachidonic acid metabolism (the creation of inflammation) (12).

May Improve Digestion And Protect The Stomach

White peony contains compounds that may protect the stomach lining from ulcers and other forms of injury. This anti-ulcer effect may help alleviate certain digestive conditions such as heartburn or GERD (gastroesophageal reflux disease). 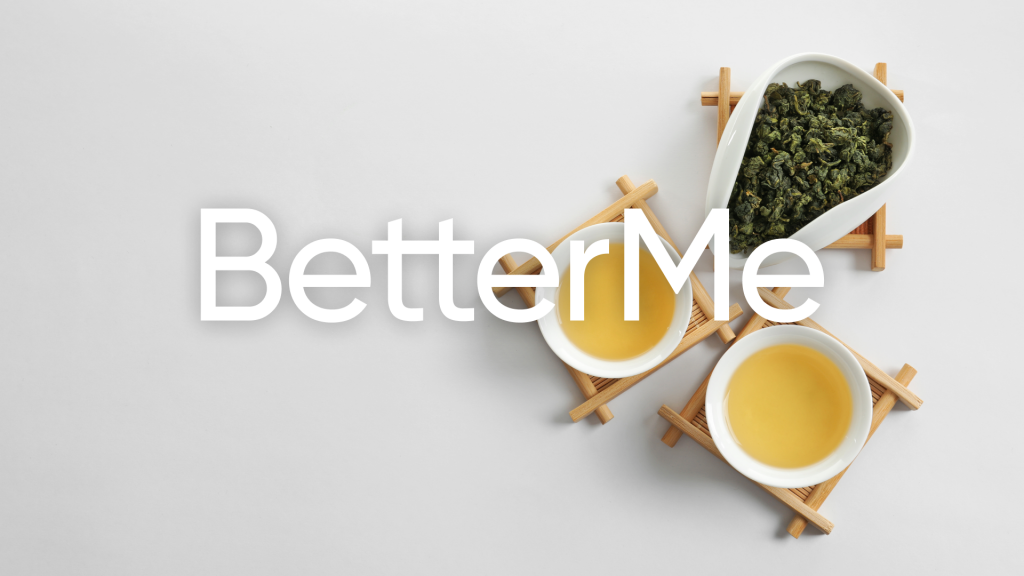 Although white peony is generally considered safe for most people, drinking large amounts might have some negative consequences. Here are a few of them:

If you drink too much of this tea on an empty stomach, you may get temporary diarrhea or nausea (5). This usually goes away if you eat something. If your symptoms persist for more than a day, it’s important to contact a healthcare provider immediately.

White peony contains many components that are thought to have antioxidant effects, including several saponins, prenylflavonoids, and phenolic acids. Theoretically, these antioxidants could interfere with the effectiveness of medical treatments that rely on oxidative damage like radiation or chemotherapy. As a result, it’s possible that using white peony alongside these drugs may decrease their effectiveness. However, this is only a theoretical concern. There’s no direct evidence that this tea interferes with chemotherapy or other cancer treatments. Talk to your doctor before trying white peony or any other herbal remedy as an adjunct to your treatments. 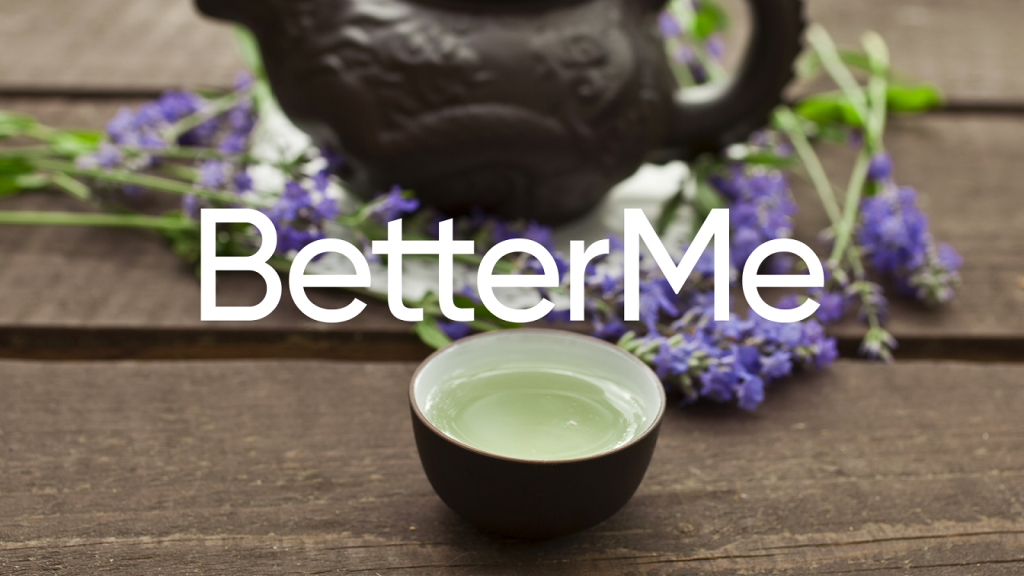 People who are pregnant or breastfeeding should use white peony only after consulting with a healthcare provider. The leaves and roots of the plant also contain compounds called pyrrolizidine alkaloids (PAs) that may be harmful to infants, especially if taken by mouth (10).

Although PA levels in white peonies are significantly lower than in some related species like coltsfoot (Tussilago farfara), daily use of this herb could result in accumulation over time, which can cause liver damage over time (10).

More research is needed on white peony before its benefits can be definitively proven. However, studies so far have offered promising findings in treating cancer, inflammation, pain, depression, anxiety, blood flow disorders, hyperpigmentation, and digestion issues.

White peony is generally considered safe, although daily consumption can cause liver damage, and there’s always a chance of an allergic reaction. As long as you take these considerations into account, white peony tea benefits are well worth it. Always talk to your doctor before trying any herbal tea or supplement, especially if you are being treated for a medical condition, are on any medications, or are pregnant or breastfeeding.