Blog Nutrition Seaweed Salad Benefits: 8 Reasons Why You Should Add It To Your Diet

Seaweed Salad Benefits: 8 Reasons Why You Should Add It To Your Diet

Seaweed is used in cuisines all over the world but is most popular in Asian countries like Japan, China and Korea. It is a type of edible plant that grows in the sea. They come in different colors including red, green and brown. Also known as sea vegetables, these plants are used to make salads, soups, stews, sushi rolls, and smoothies. Seaweed is very nutritious and just like other vegetables, they are a rich source of vitamins, minerals and fiber. We take a closer look at the science backed seaweed salad benefits and possible side effects.

Seaweed is getting a lot of popularity for a number of reasons. It is both versatile and nutritious. There are many different types of seaweed including:

These types of seaweed have different tastes and their nutritional profiles slightly differ. Wakame is commonly used to make seaweed salad.

Here are the science backed seaweed benefits and side effects:

Good Source Of Nutrients And Minerals

Eating seaweed is a great way to get most nutrients without taking too many calories.

Seaweed is generally a potent source of protein, carbohydrates, fibers and polyunsaturated lipids such as omega-3 (25). It also contains minerals such as selenium, iron, calcium, magnesium, potassium, sodium, phosphorus, manganese and zinc (1).

Vitamins found in sea vegetables include A, B12, E, C and K (1). Some seaweed types such as sea lettuce (Ulva lactuca) and hypnea contain all the 9 essential amino acids (amino acids that must be obtained from the diet as they cannot be synthesised in the body) (24). So, if you are trying to cut back on animal protein, seaweed is a great alternative.

Read More: B12 Foods Vegetarian: What To Eat To Prevent Deficiency 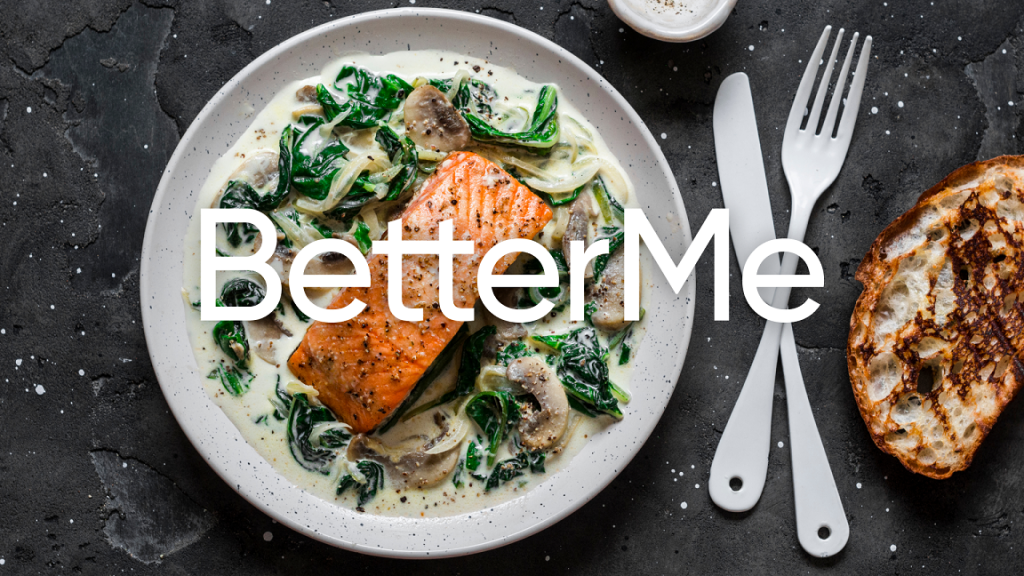 The thyroid is a butterfly shaped gland found in your neck that produces thyroid hormones. These hormones are responsible for the regulation of weight, internal temperature, metabolism, repair of damaged cells and growth (26). Iodine is required to produce thyroid hormone. And since iodine cannot be synthesised by the body, it has to be obtained from the diet.

See also
Is Fruit Sugar Bad? Here’s Why You Shouldn't Worry About Your Daily Fruit Intake

Seaweed is arguably the best dietary source of iodine. The iodine content however varies depending on the type of seaweed. Below are the estimated iodine content of 3 different types of dried sea vegetables (2):

If you do not have enough iodine, your body won’t be able to produce enough thyroid hormone. These may result in symptoms such as fatigue, neck swelling and weight fluctuations. In the case of severe iodine deficiency, a person may develop hypothyroidism or goiter. Interestingly, iodine deficiency is considered one of the most important preventable causes of brain damage throughout the world (20).

Is A Potent Source Of Antioxidants

Antioxidants are molecules that prevent or slow damage to cells caused by free radicals. When there is an imbalance of free radicals and antioxidants in the body, this is referred to as oxidative stress. Overproduction of free radicals can eventually lead to chronic diseases such as cancer, atherosclerosis, diabetes, arthritis, stroke, Parkinson’s and heart diseases (17).

Seaweed contains an abundance of antioxidants including vitamins A, C, E and riboflavin and phytochemicals such as carotenoids. All these protect cells from damage caused by oxidative stress (6).

One seaweed carotenoid that has sparked a lot of interest and has been thoroughly researched is fucoxanthin. Fucoxanthin is mainly found in the brown algae, wakame often used to prepare seaweed salad. It is believed to be 13.5 times more powerful than vitamin E as a free radical scavenger (8).

Additionally, fucoxanthin has been found to protect cell membranes better compared to vitamin A (27). Unfortunately, this antioxidant is not well absorbed in the body, but consuming it with fat may improve it’s absorption (18). 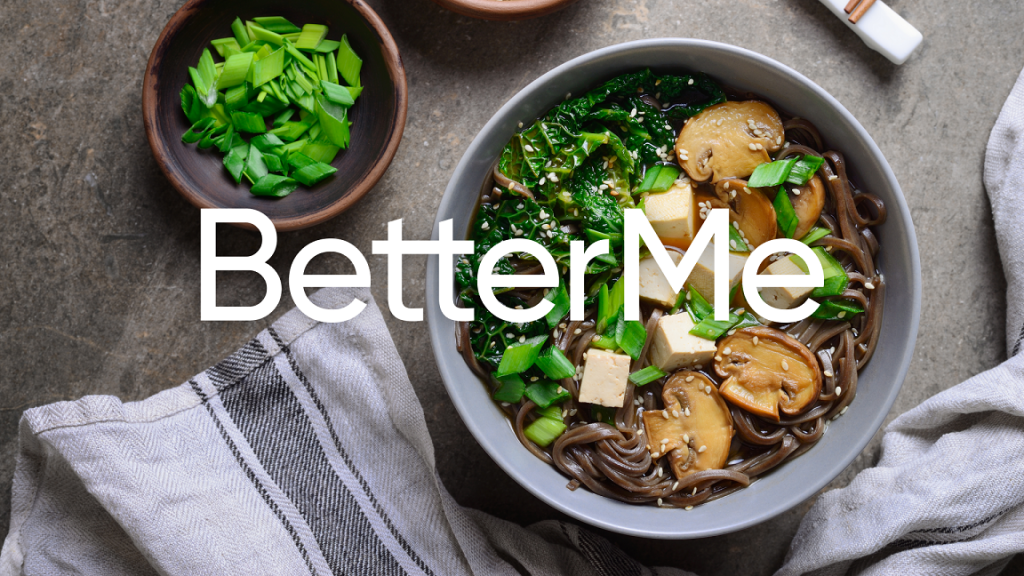 Sea vegetables are rich in fiber, thus good for those on a weight loss journey. The fiber is not absorbed or used by the body as energy. Fiber also helps slow gastric emptying. This may increase satiety so you don’t get hungry as often as you would after eating a low-fiber meal (14).

Next on the seaweed salad nutrition benefit list is that it supports gut health. As earlier mentioned, sea vegetables are a potent source of fiber. The fiber in seaweed helps feed friendly gut bacteria (9). An imbalance of good and bad gut bacteria can lead to diseases and uncomfortable symptoms.

Also, carbohydrates in brown seaweed known as sulfated polysaccharides increase the growth of friendly gut bacteria. They also increase the production of short chain fatty acids by gut bacteria that support and nourish the cells lining the gut (11).

May Lower The Risk Of Cardiovascular Disease

Heart disease is the number one cause of death all over the world. Fiber-rich foods such as marine algae may help lower cholesterol levels (9). Obesity, a diet rich in saturated fats, smoking, alcohol and physical inactivity put you at risk of unhealthy cholesterol levels.

Seaweed also contains fiber, peptides, carotenoids all of which help lower serum cholesterol and blood pressure. A study done by the Japanese Public Health center found that consumption of seaweed is inversely related to the risk of ischaemic cardiovascular disease (29). 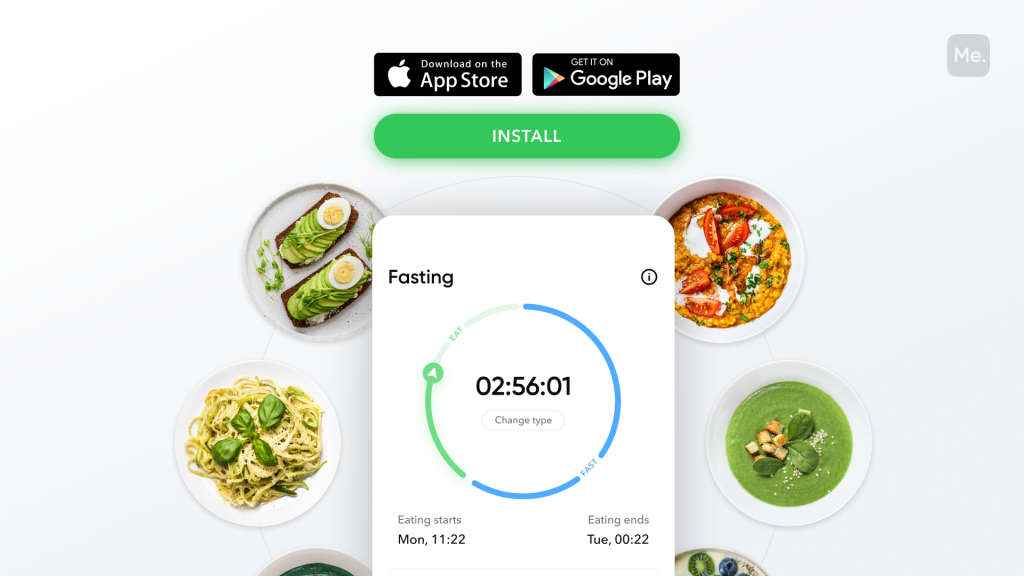 May Reduce Your Risk Of Type 2 Diabetes Mellitus

Type 2 diabetes is a disease caused by an impairment in the regulation of blood glucose. It is characterized by high blood sugar levels, insufficient insulin production and insulin resistance. Risk factors include being overweight, unhealthy eating, a sedentary lifestyle or family history of type 2 diabetes.

Seaweed is a fiber-rich food and this may help regulate the blood glucose and insulin levels (14). In a small study, 9 women and 11 men were allocated to either a seaweed supplementation group or control group. At the end of the 4 week study, it was concluded that seaweed improves glycemic control, lowers blood lipids, and increases antioxidant enzyme activities (13).

See also
Are Sweet Peppers Good For You? Nutrition And Health Benefits Of These Colorful Vegetables

Other studies have also found that incorporating seaweed into the diet may have antidiabetic effects (5) (15). However, more research on the effect of seaweed supplementation is required.

May Help Reduce Your Risk Of Cancer

Seaweed may also help lower your risk of certain cancers such as prostate, colon and breast. Research indicates that seaweed and seaweed derived products may have anticancer effects via mechanisms such as inhibition of cancer cells invasion, growth and metastases and induction of apoptosis (30). A 2014 review described the mechanisms by which seaweed may have potential as anticancer agents in breast and colorectal cancer (4).

Most studies to date on the anticancer effects of seaweed have been done in test tubes, so it isn’t fully understood whether or how supplementation with seaweed or including it in the diet might affect cancer risk in humans.

Side Effects Of Too Much Seaweed Salad

Eating small but regular amounts of seaweed is completely safe. There are, however, a few dangers that come with eating too much seaweed. There are 2 major brown seaweed side effects:

While iodine is important for thyroid function, too much can be harmful. An overload of iodine intake may precipitate goiter, hypothyroidism, hyperthyroidism or thyroid autoimmunity (16). Most healthy people are however able to tolerate moderately high intakes of well.

In Japan, the daily average intake of iodine is approximated to be between 1000 and 3000 micrograms (7) This is way over the tolerable limit of iodine which is 1100 micrograms (19). Eating seaweed thus, poses a risk if consumed everyday and in high amounts. Ironically, the high iodine intake is sometimes regarded as one reason why the Japanese people are among the healthiest in the world.

See also
3 Macronutrients: What You Need To Know About Macros And How To Count Them

If you think you might be consuming too much iodine and experience symptoms such as neck swelling or weight fluctuations, talk to your physician and reduce your consumption of iodine-rich foods. Also, if you have a thyroid condition or are on any thyroid medication, consult your doctor before adding seaweed to your diet. 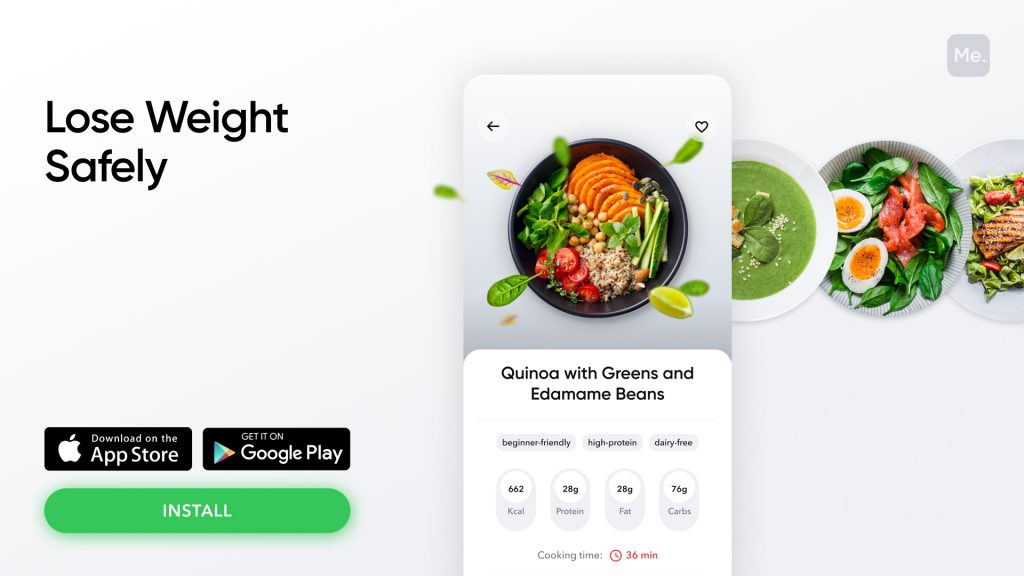 Seaweed can rapidly accumulate high concentrations of metals like cadmium, copper (III) and copper (IV). Even in trace amounts, metals such as lead, mercury and cadmium can be toxic. Heavy metals are usually stored in the fatty tissues and organs and may have adverse effects on the central nervous system (12).

A 2017 study analyzing metal load in seaweeds from Europe and Asia found that the levels of aluminum, lead and cadmium in 4 grams of seaweed, did not pose any health risk (23). However, if you regularly consume seaweed in large amounts, there is potential for metals to accumulate within your body.

Making seaweed salad is just as easy as tomato salad. Common ingredients added to the sea weed include rice vinegar, sesame oil, soy sauce, ginger juice or scallion. But since it is a salad you can get creative with the ingredients in your pantry and see how it turns out.

Below are 2 simple ways you can prepare seaweed salad:

You can replace the wakame seaweed with the type you prefer or use more than one kind of seaweed. 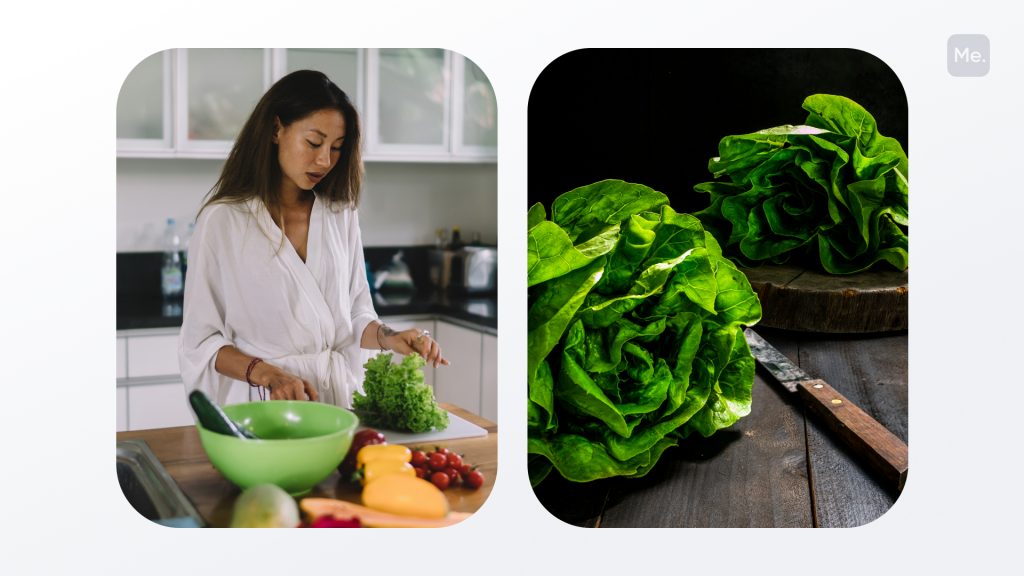 Instead of the conventional Japanese seaweed salad, you can make this spicy, kale version instead. If you are on a diet, however, take a quarter or half a serving instead of a full serving.

Seaweed salad is mainly served as a starter. It also makes a perfect side dish for many meals including thanksgiving turkey or chicken. Seaweed is one of the best sources of dietary iodine and contains many minerals thus has great health benefits. Too much can be dangerous so ensure you have small to moderate amounts of seaweed salad.