Okinawa Diet: Can It Be Considered A Wellness Cure-All? 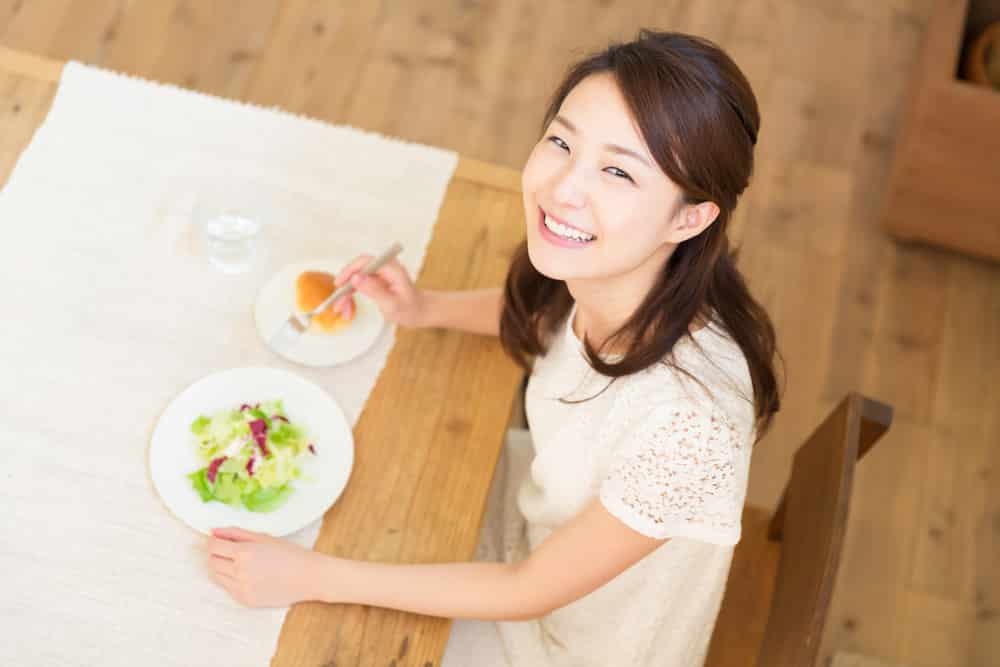 Japan, the birthplace of the ancient Samurais and Ninjas, isn’t only known for its prowess and rich culture. Among many other things, just down the southern coast of this great country lives a tribe of people that is famous for two peculiar things. Firstly, they are well-known for their mystical longevity and secondly for all the nutritious foods which comprise their typical daily menu that unfailingly keeps the health of Okinawans up and running. It’s little wonder that dietitians all over the world keep harping on about the abundance of benefits the Okinawa diet can offer (1).

As humans, growth is a process that starts right from the moment we were conceived in the womb and as we keep growing, we get to a point where we start to age. Aging is a phenomenon that none of us can escape, even though the speed at which it occurs is not the same for everyone. Several factors, such as genetics, day to day practices, and very importantly, the type of food that we consume, play a paramount role in our aging process. As people grow older, they run into a lot of issues that start ganging up on them once they hit a certain age.

A Couple Of Words About Okinawans

There are a few people and places on earth where aging comes with less trouble than most other parts of the world. According to the CIA factbook, Japan is one of the few places with the highest life expectancy rate. The Okinawans live in one of the five places on earth that are referred to as Blue zones. Blue zone is just a word used to refer to some places with a high density of people living above one hundred years of age (4).

There are so many things that distinguish these sets of people apart from their longevity. Their active low-stress lifestyle, moderate alcohol consumption, mostly plant-based diet and a useful habit to keep an eye on their health, all that bunched together wards off diseases and keeps Okinawans full of verve and vigor.

Read More: Asian Weight Loss: Can It Help You Shrink Back Into Shape? 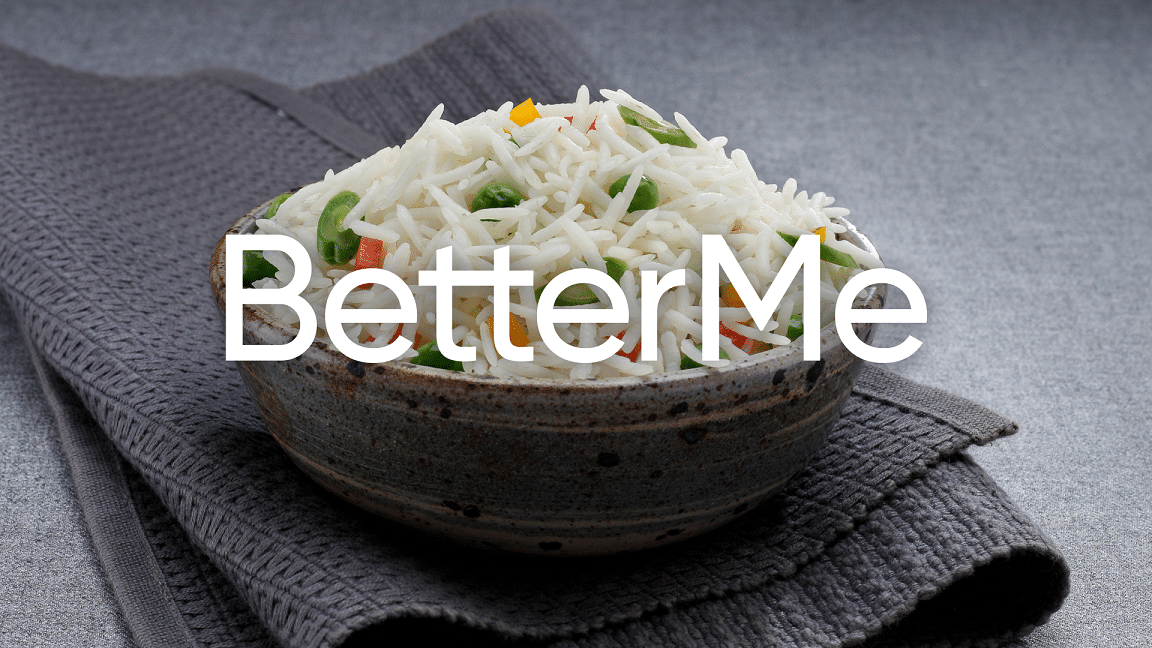 What Is The Okinawa Diet?

Ever since 1975, scientists have taken a keen interest in the Okinawa people. They have been researching their lifestyle, especially for the centenarians among them, in a bid to unravel the mystery behind their longevity. The Okinawa Japan diet, in particular, has been proven to be one of the secrets. (5)

Okinawa Diet is a Japanese diet that originated from the Okinawa region of the country, and it is believed to be part of the secret behind their long life. In the paragraphs below, you will learn the pros and cons of this diet, the foods to eat, and the types of food to avoid if you plan to try it out. 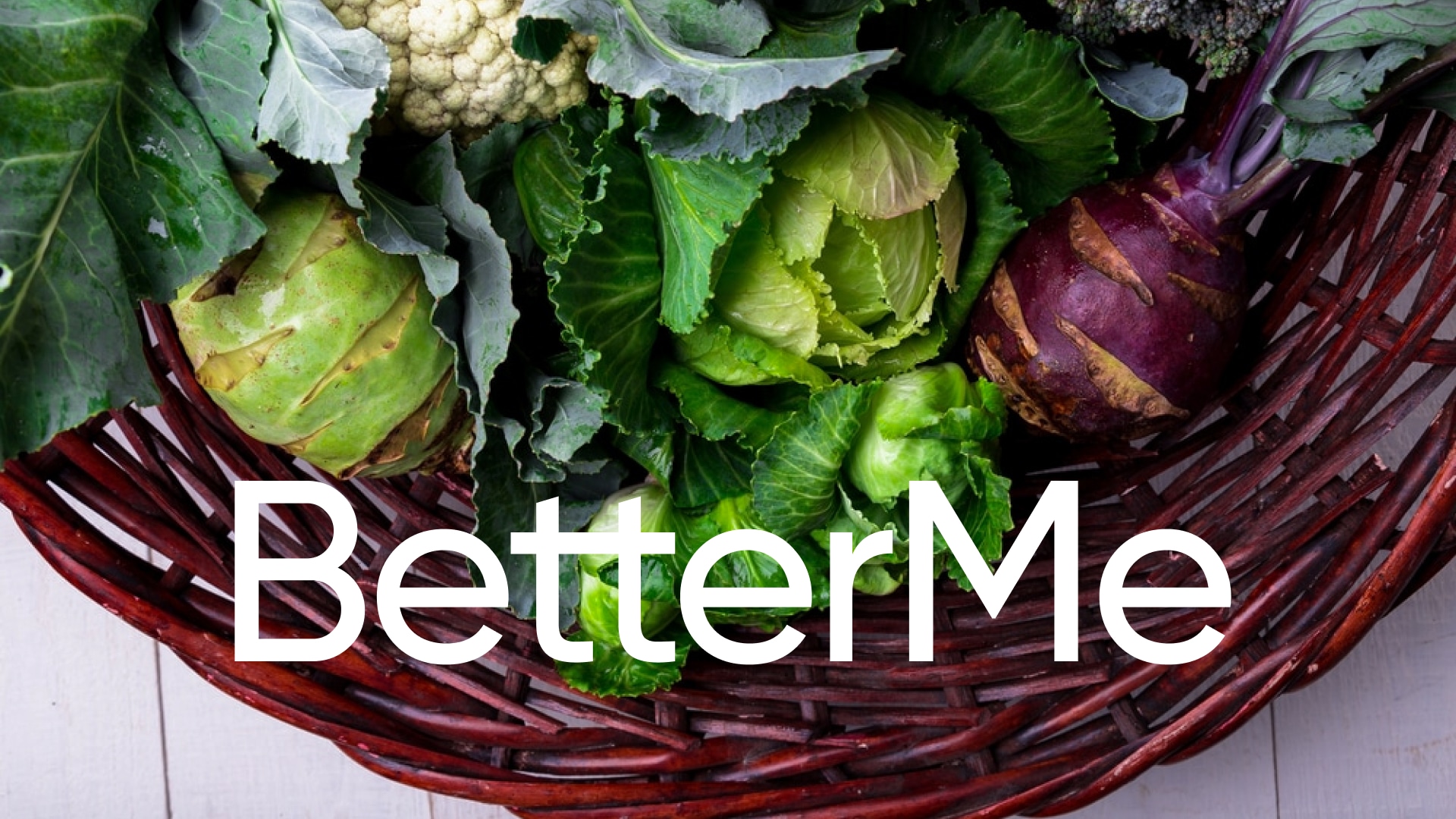 The Okinawa people primarily derive their daily carbohydrate nutrients from vegetables and small amounts of grains and seeds. Okinawans consume vegetables in large quantities; in fact, it makes up most of their diet. For many years they ate a lot of sweet potatoes, and even now, they have it sliced into many of their local cuisines.

Their foods are usually very rich in carbohydrates, but low in fat and calories, and they mostly depend on plant products such as soybean, like tofu (and beans), for their protein consumption which they take, most time, with Chanpurū, a traditional stir-fry dish. They also consume seafood, but it makes up only a small portion of their meal. On rare occasions, they consume red meat and dairy in small quantities.

What Are Common Foods Allowed On The Okinawa Diet?

Some of the common foods that make up any Okinawa diet food list includes the following: 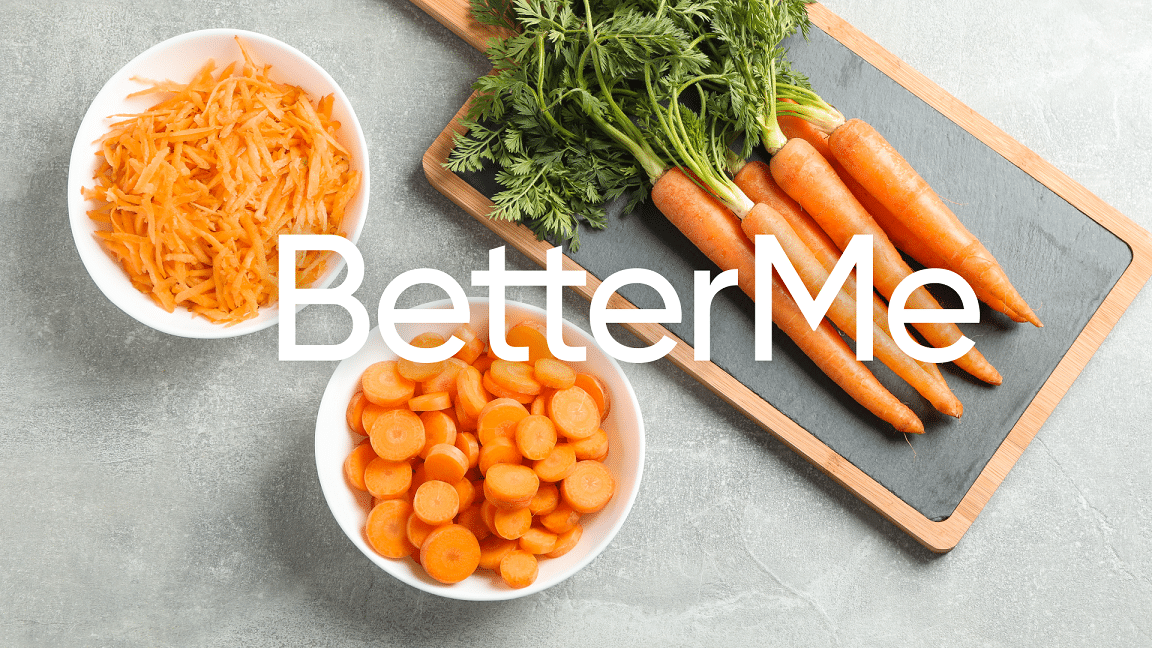 These legumes are a significant source of plant protein for the Okinawa people. They are also prevalent all over Asia and are gaining popularity worldwide due to the richness in isoflavones, chemical substances known for their antimicrobial, anti-cancer, and antioxidant properties. This is thought to make the Okinawa people less prone to some terminal diseases like cancer and help them have a lower cellular aging capability. In particular, soy has been found to shield people from some types of breast cancer.

So that’s why finding soybeans in most Okinawa diet recipes is quite commonplace. It is no wonder they manage to live longer than the average human and are healthier than people from other parts of the world within their age bracket. These people have developed a slew of recipes where soybeans are a central focus, ranging from snacks to soups. Okinawans prefer to tuck them away with rice or eat soybeans alone with a sprinkle of proper seasoning.

Part of the human body’s complexities is that it can’t produce vitamin A, an essential vitamin that the body needs to aid vision, boost the immune system, enhance the process of reproduction, and help the reproductive organs as well. However, the body can convert a pigment known as Beta Carotene to Vitamin A.

Carrots are very rich in Beta Carotene, and as a matter of fact, their color is largely due to a large amount of Beta Carotene pigments in them. Carrots form an essential part of the Okinawan culinary ingredient. Other forms of carrots that are a bit low in Beta Carotene but high in antioxidants help in the fight against terminal diseases such as cancers and hypertension. 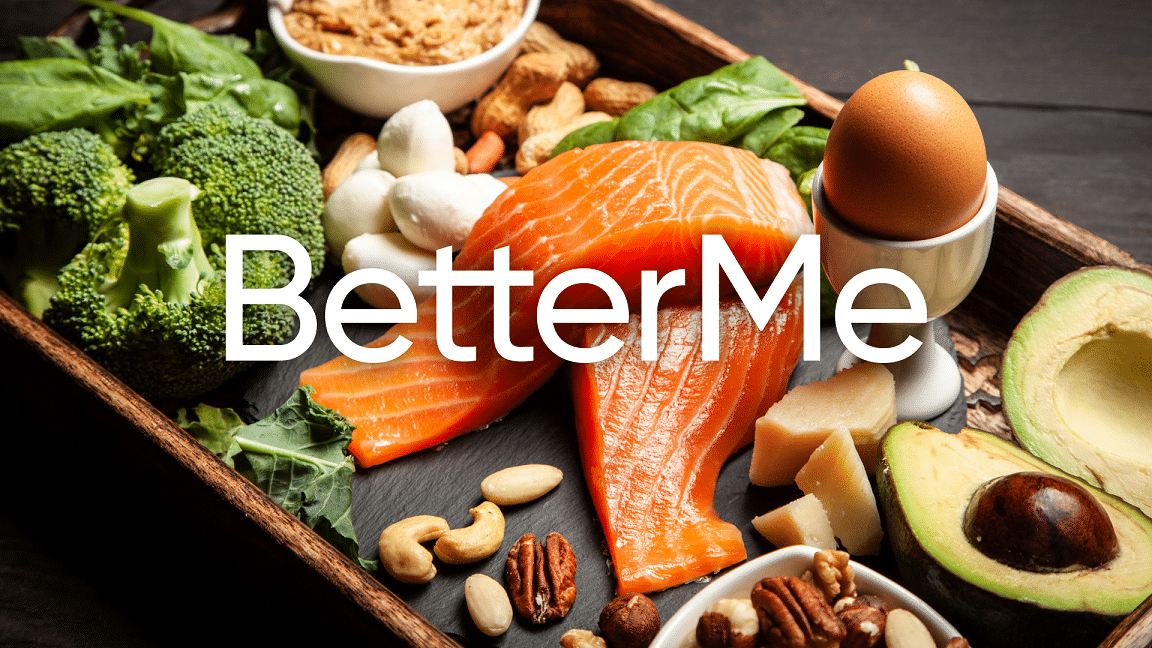 For many years, sweet potato was the primary source of carbohydrate for the inhabitants of Okinawa Island. It is believed that it was partly because rice was too expensive for them at those times (5). Right now, though, they have added rice to the list of their favourite dishes. The Okinawans have a lot of cuisines that involve the addition of sweet potatoes.

The Okinawans depend mostly on plant protein for their day-to-day protein needs and sometimes opt for fish and other kinds of seafood. Occasionally, though, they consume red meat in minimal quantities. Pork is a favorite type of red meat of the Okinawans , and when they eat it, they make sure they eat every part of it from their tails to their fingers. 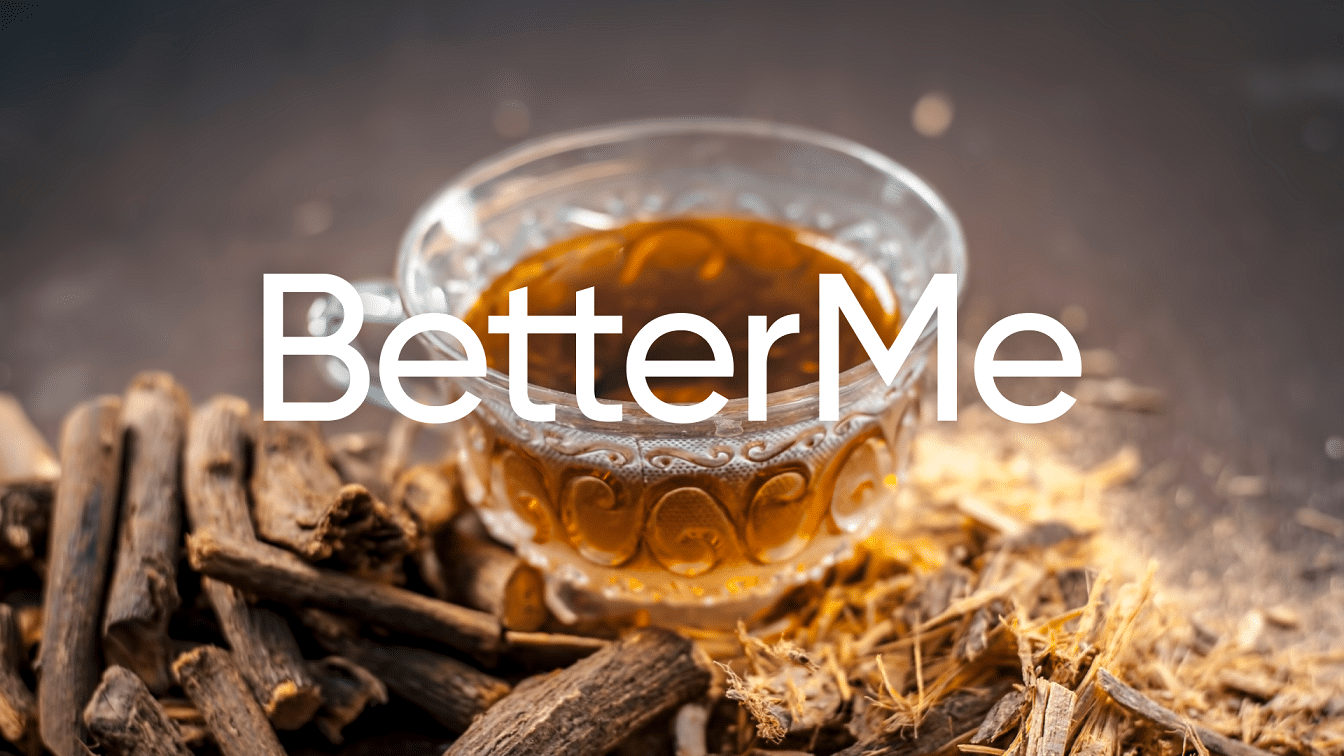 Due to the geographical location that the Okinawans find themselves, they have successfully incorporated seaweed into their delicacies. They turn it into a sauce to serve it along with noodles and other staple foods. Seaweeds are rich sources of calcium, iodine, and other minerals required to keep the body healthy.

Okinawans have been able to do without refined carbohydrates for many years, which is probably one of their health secrets.

Similar to many other Asian towns, the Okinawans eat a lot of Shiitake mushrooms. Mushrooms may help reduce the body’s level of cholesterol that could increase from eating red meat and poultry products. Apart from this, mushrooms are very nutritious and hearty. 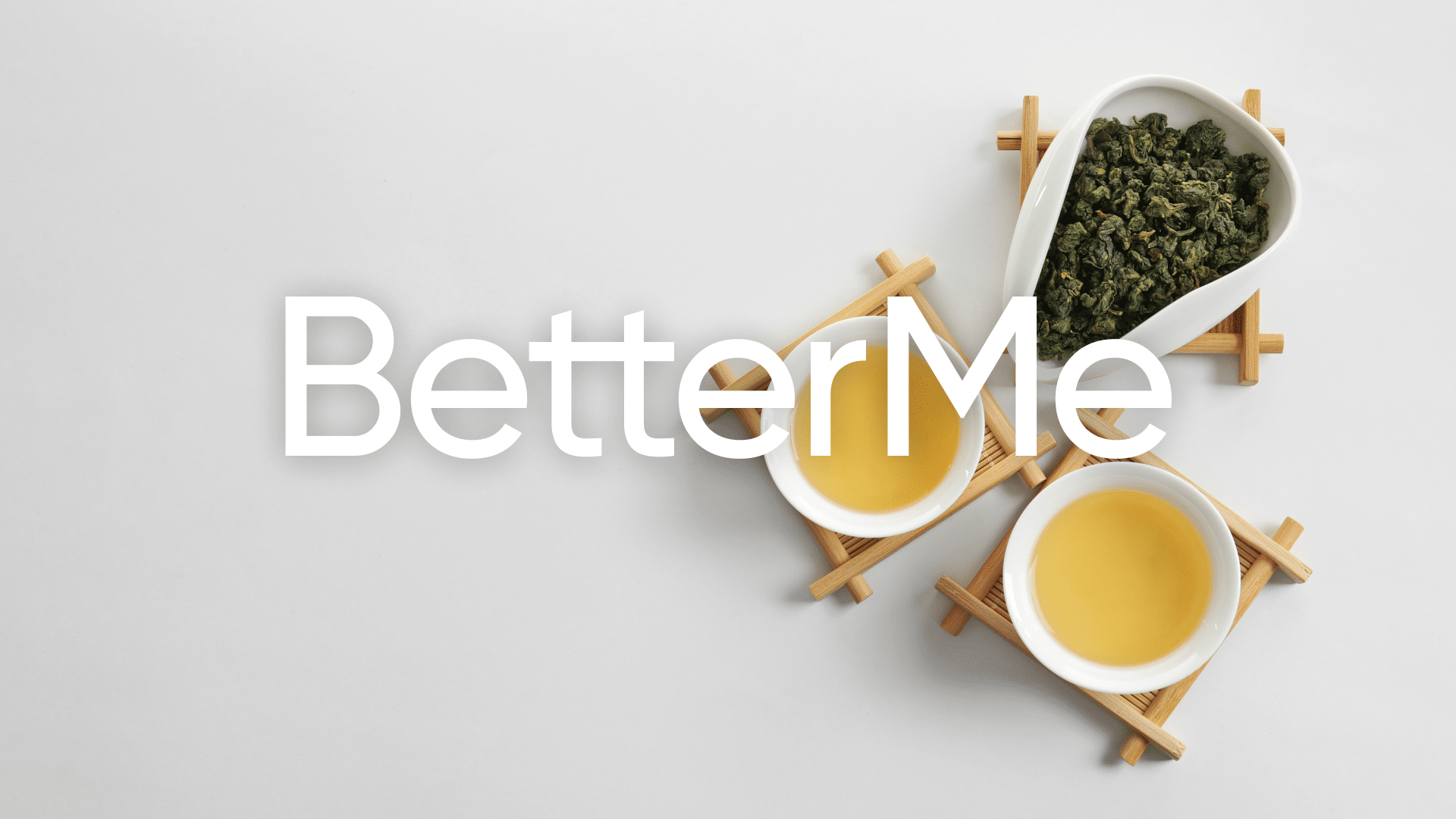 Okinawans use natural spices and herbs. Some common spices include Okinawan Pepper, turmeric, and so others.

Dairy products are often rare to find among traditional Okinawan people. It is hard to tell whether this is a result of the cost or just cultural preference (5).

What bread is to the French that’s what Tofu is to the Okinawans. They reportedly consume tofu eight times more than most Americans do today. Tofu, made from soybeans, may help protect the heart, and according to research, the consumption of soy products can reduce triglyceride and cholesterol levels, thereby reducing the risk of heart disease (6). 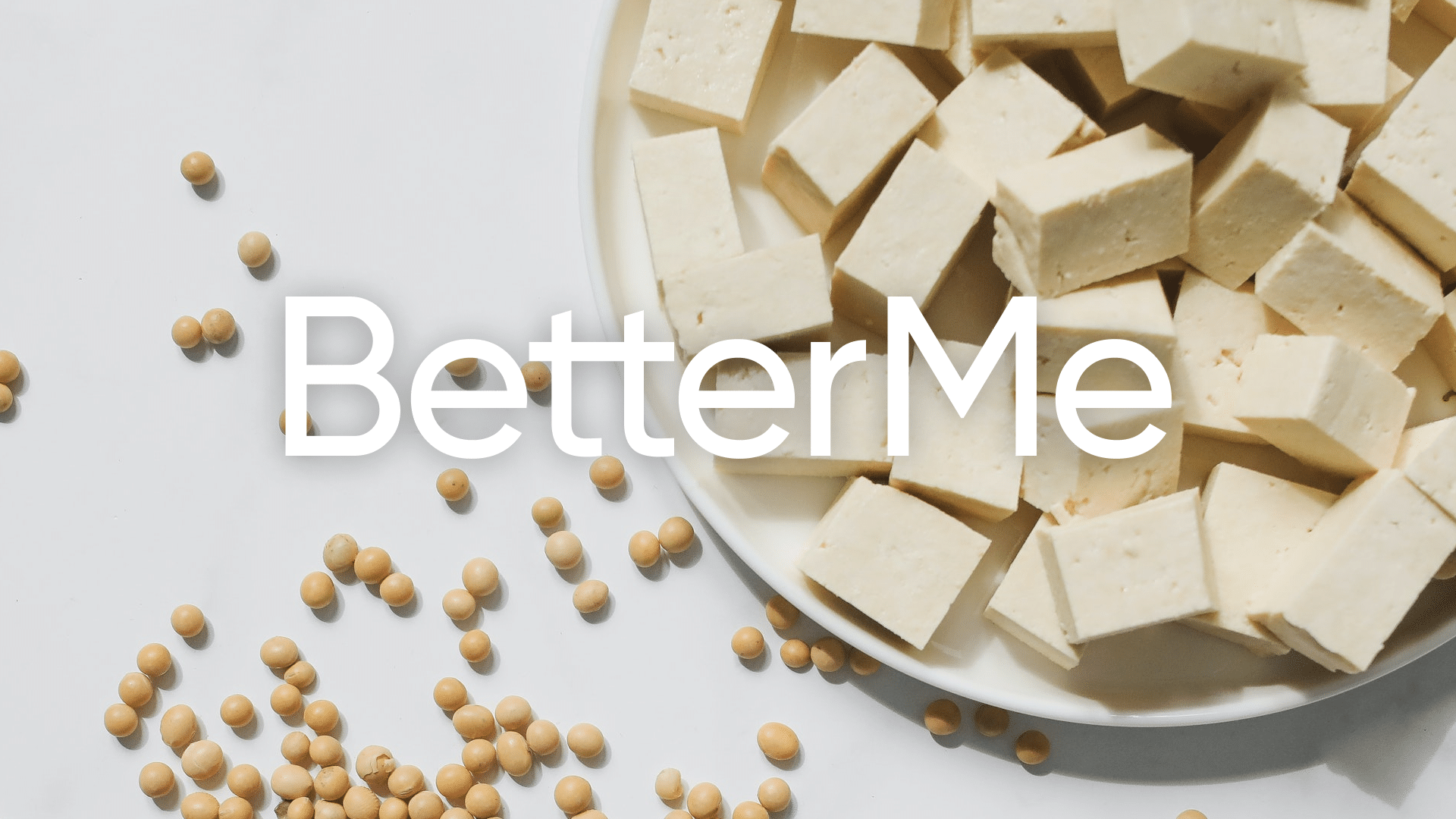 The Okinawa diet plan goes beyond the food to understanding the science behind how it works. They consume much more carbohydrates than the average person and less of protein. More so, their primary source of protein is food derived from plants, rather than animal or dairy products. You do not need to take a tour to Okinawa nor do you need to import special food products from their Island so you could give this Japanese diet a whirl. Using food readily available in any grocery store close to you, you can enjoy the same experience.

When you embark on the Okinawa diet, it’s recommended to cut back on the consumption of red meats such as beef and pork. In addition, you must avoid animal products like eggs and milk as well. Refined sugar must also be completely cut out from your diet (5). Typically, are supposed to consume more vegetables, grains, sea food and soy products. Most meals are usually accompanied with Jasmine tea and green tea.

A traditional Okinawan breakfast usually consists of grains like rice and fermented soy beans. Miso soup is also a popular Okinawan breakfast meal that is accompanied with seafood or sometimes red meat. A typical Okinawan lunch or dinner are barely distinguishable. They involve the use of broth extracted from meat stock to prepare stew or fries. These are usually served along with fish, pork or tofu (2).

Here is a sample one-week meal plan that features the majority of the favorite nutrient-rich Okinawan diet foods. 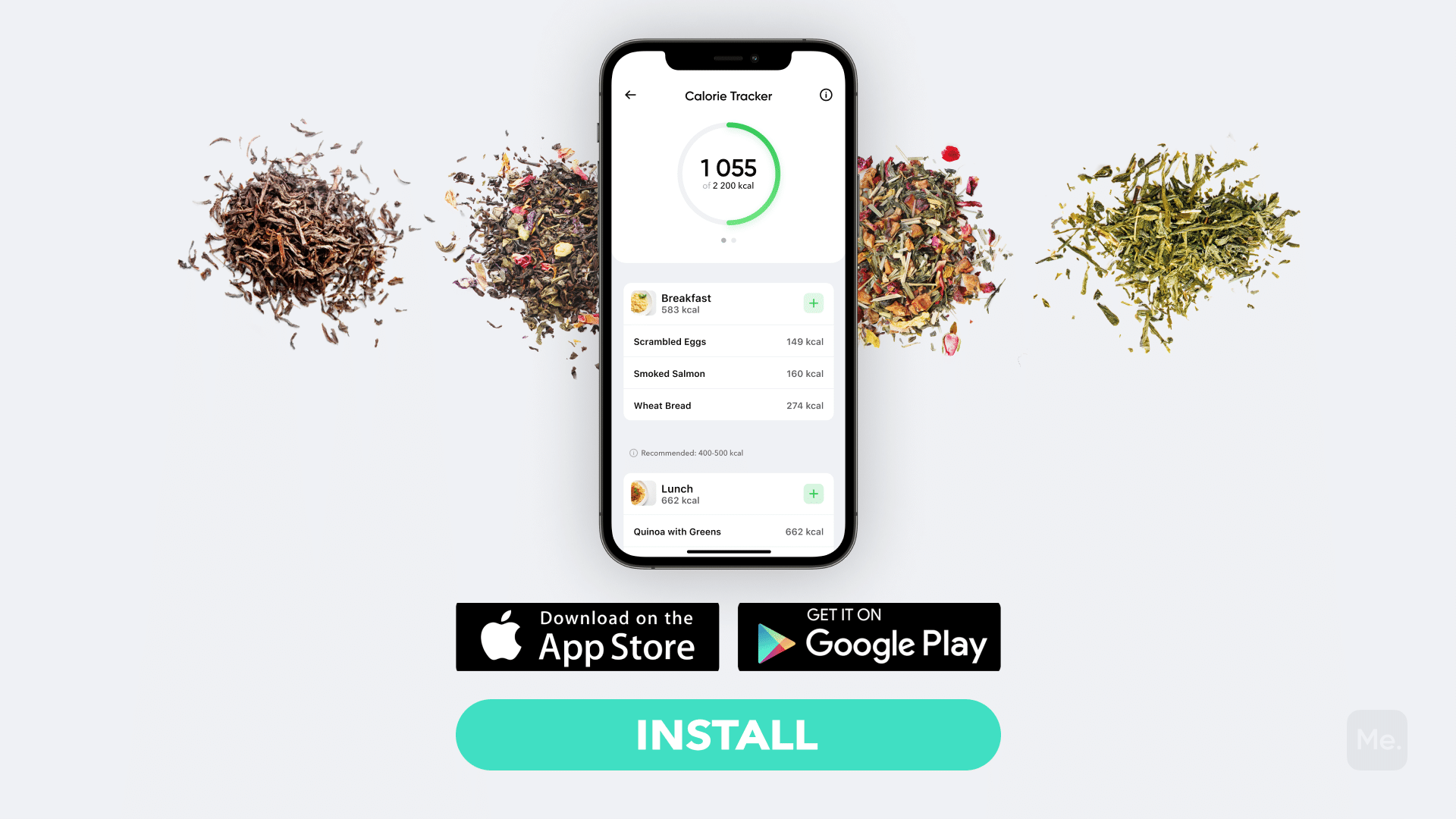 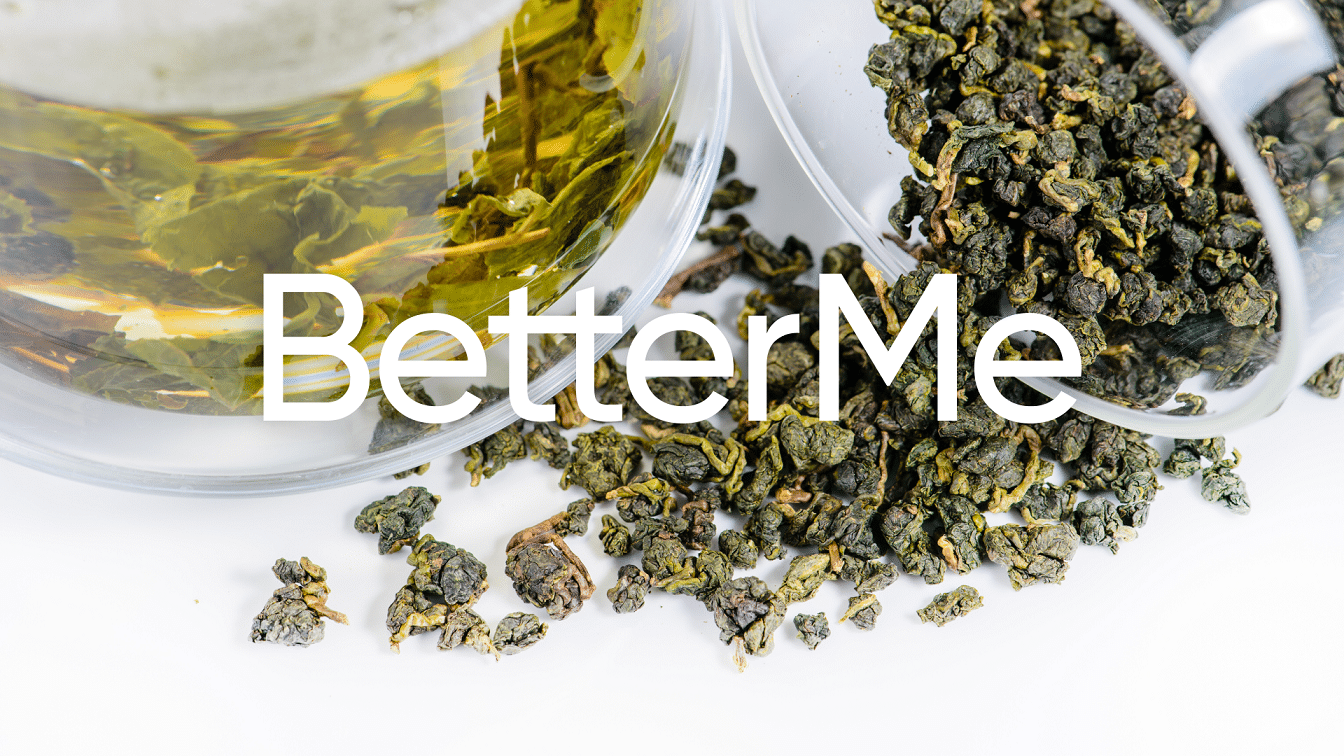 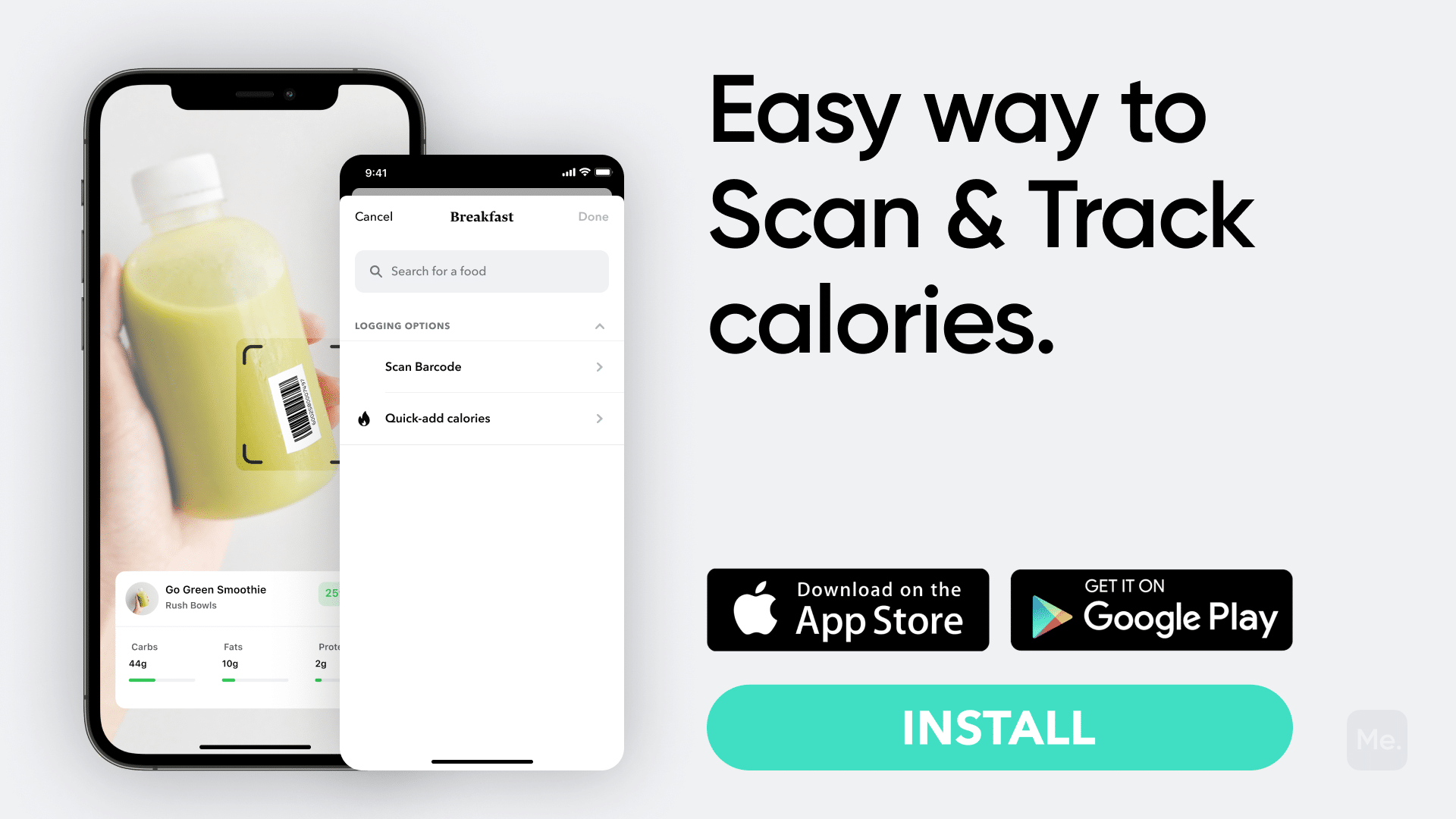 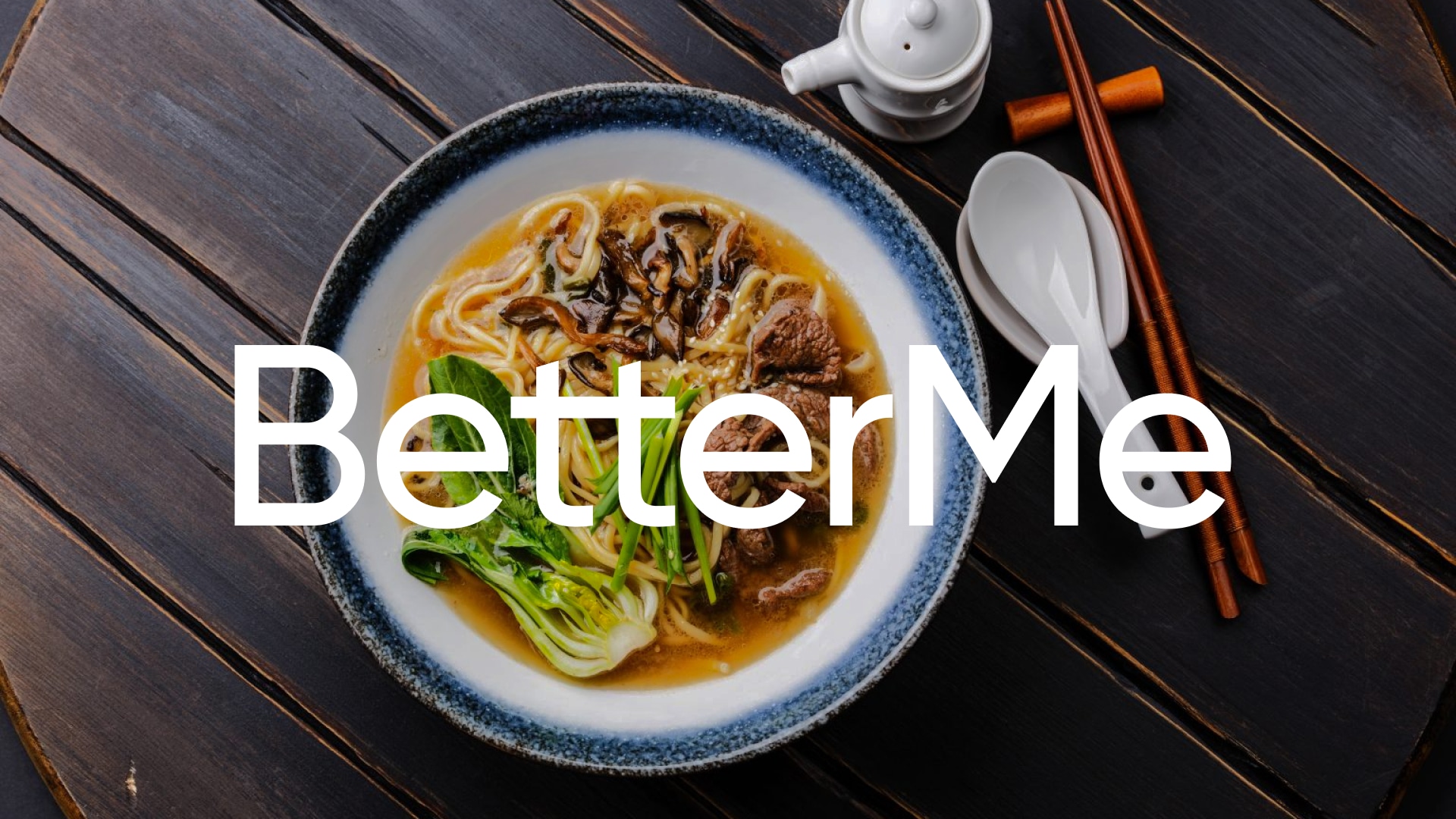 Note that for your in-between meals, you can take any low-calorie snack with green tea or Jasmine tea.

See also  The 30-Day Tuna Diet: How It Works, Benefits, And Dangers

Some of the common pros and cons that are known to be associated with Okinawa diet are (5): 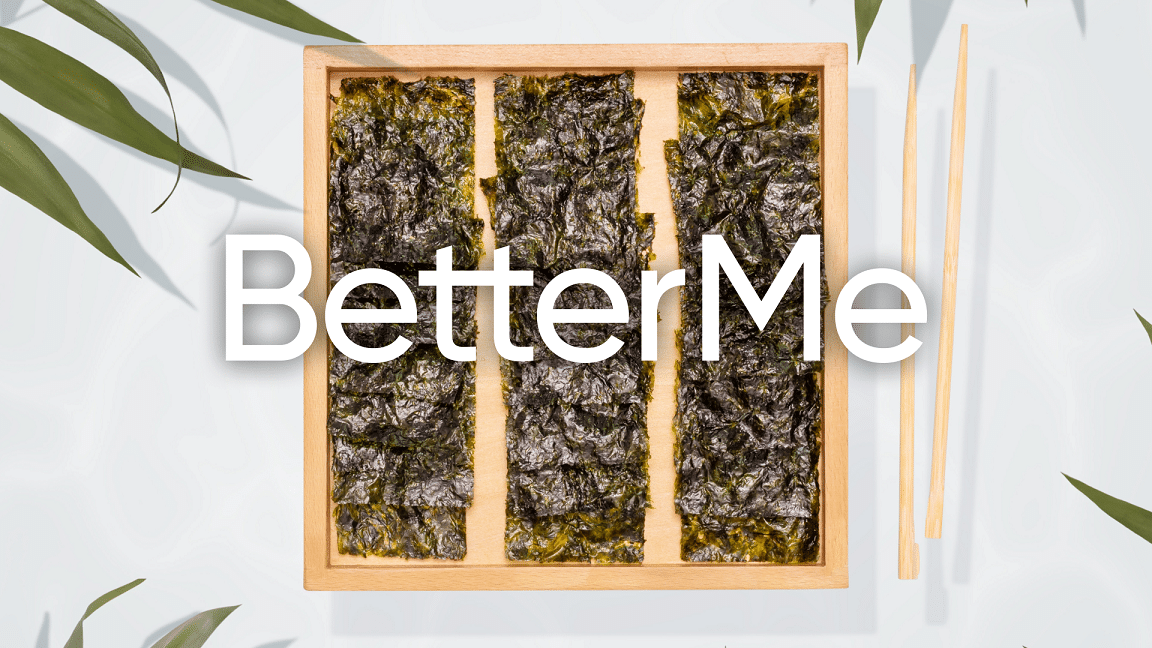 So… Can It Be Considered As A Wellness Cure-All?

Wouldn’t it be nice to stumble on a meal plan that can guarantee your total wellness without having to do other things to complement it? The Okinawan diet isn’t the magical cure-all you were looking high and low. Apart from a clean diet, a host of other factors contribute to the long life of the Okinawans. They tend to draw the line when it comes to going though overwhelmingly stressful situations. They remember to put their muscles through its paces, no matter the age. The Okinawans practice mindfulness and keep their mental health in check.

Research conducted on the diet revealed that many of the characteristics of the diet in Okinawa are shared with other healthy dietary patterns such as the Mediterranean diet or modern DASH (Dietary approaches to Stop Hypertension) diet (3). This shows that the Okinawan diet meets the science standard for what is considered to be a healthy eating habit.

See also  4000 Calories A Day: Getting Through The Bulking Phase Like A Boss 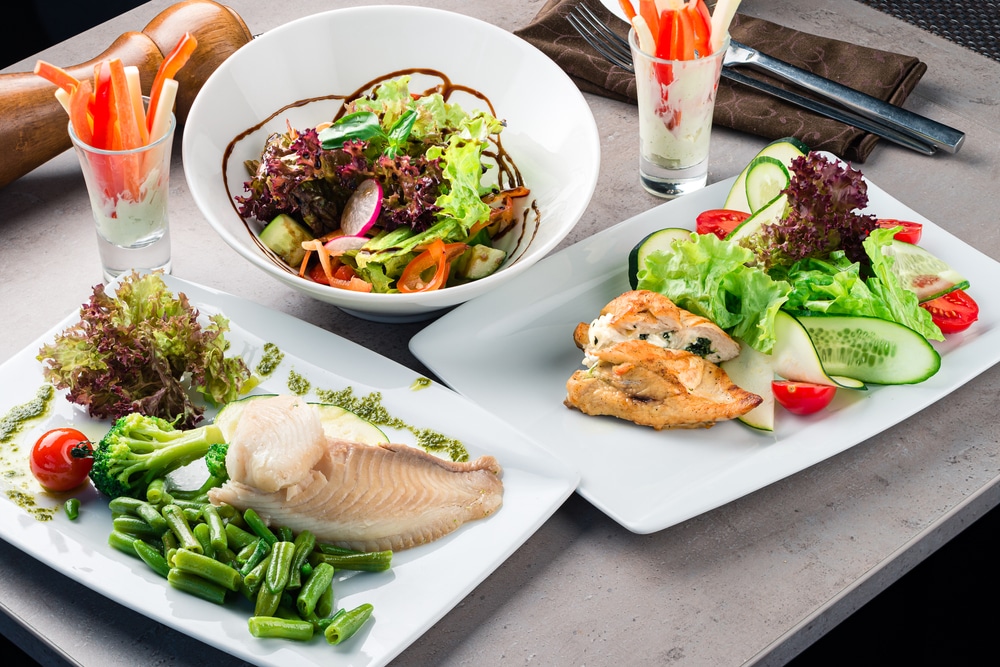 Lectin Free Foods, And Why You Might Want To Avoid Them 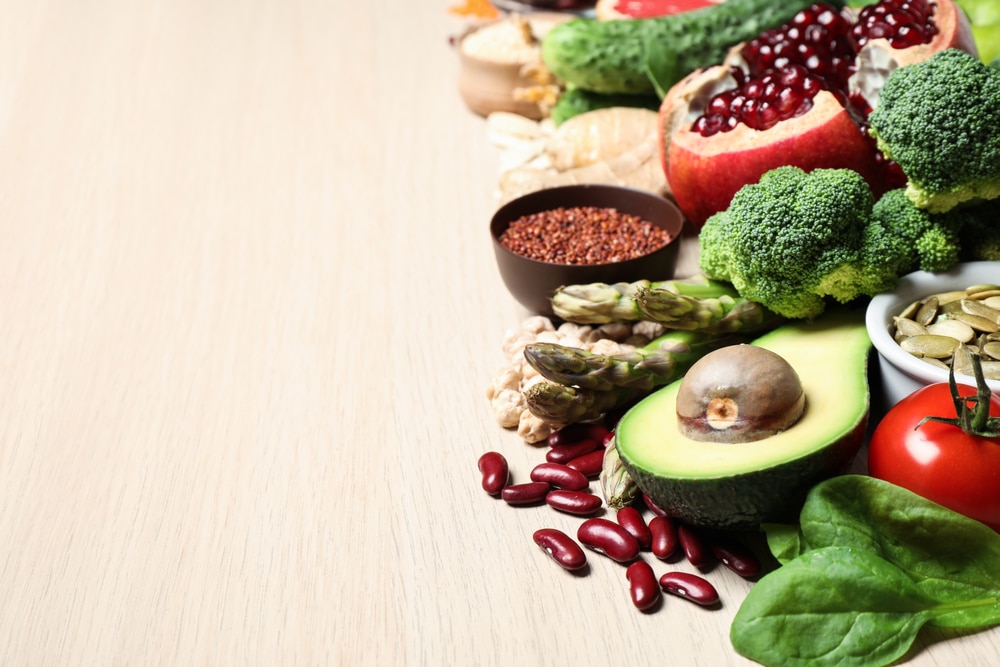 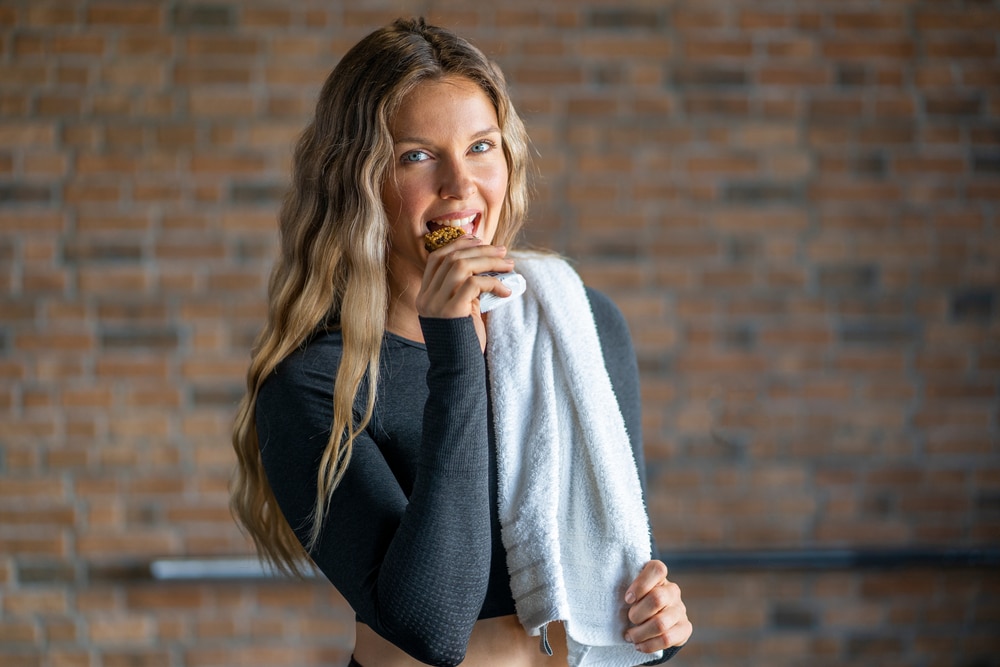 CICO Diet: How It Works, Its Benefits, Risks, And Meal Plan Ideas