Blog Fitness Benefits Of Running Every Day: Why You Should (But Do Not Need To) Run Every Day

Benefits Of Running Every Day: Why You Should (But Do Not Need To) Run Every Day

Written by O. Johnson Medical review by I. Grebeniuk

No doubt, running is one of the easiest exercises ever – you don’t need any special equipment or any particular skill to go jogging or running. Inasmuch as this statement is true, this go-to exercise also has some downsides, especially when overdone. If you are a beginner at working out, one of the pieces of ‘advice’ that you may have come across involves running every day. But isn’t this too much? What are the benefits of running every day? And is pounding the pavement every single day really worth the risks involved?

According to the Centers for Disease Control and Prevention (CDC), the current Physical Activity Guidelines for Americans are (15):

Such physical activity has a myriad of benefits, among which is reducing the risk of cardiovascular diseases and cancer.

For many, going for a run is one of the easiest ways of achieving the recommended hours of physical activity. And judging from the benefits of running, this is a wise choice.

Read More: Running On Leg Day: Can It Impede Your Progress? 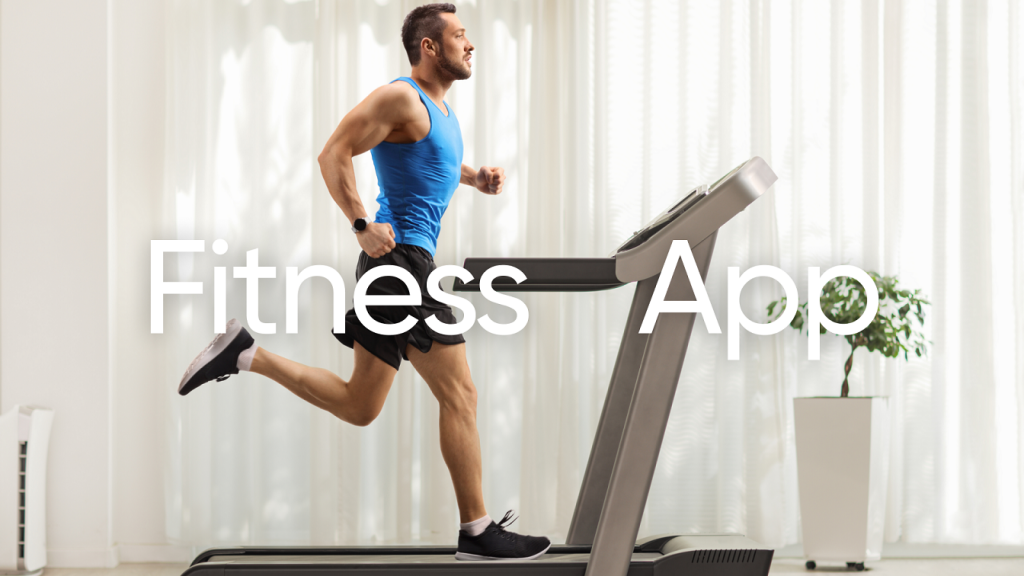 Health Benefits Of Running Every Day

Before we get into the nitty-gritty of whether you have to run every day to reap the benefits of the exercise, let’s take a look at some of the benefits of good old running.

Undoubtedly, exercise can instantly boost your mood (4). In fact, some people use exercise as an antidepressant (however, this should not be used in place of a certified doctor’s prescription). (10)

When you run, your brain releases two powerful ‘feel-good’ chemicals, endorphins and endocannabinoids, which help to boost your mood.

In one study, scientists used the carbon-dioxide challenge test to study the connection between anxiety sensitivity and physical activity. (28)

The scientists found that more physically active people were less likely to panic in fearful situations even if they had anxiety sensitivity. 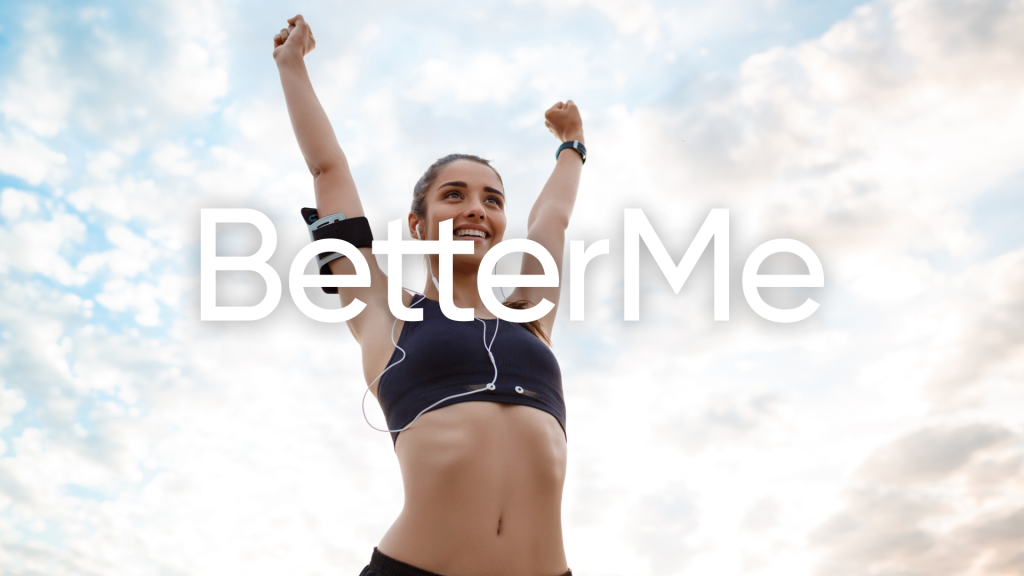 An analysis of various studies concluded that aerobic exercise can be a non-pharmacological (drug-free) treatment for hypertensive people. (23)

Thirty minutes of running combined with warm-ups and stretching (45 minutes in total) may boost your metabolism for the next 14 hours.

The study concluded that the magnitude and duration of increased energy expenditure after a 45-minute bout of vigorous exercise might have implications for weight loss and management.

This is one of the myriads of benefits of running every day for 30 minutes that may interest those looking to get in shape and increase their calorie expenditure. 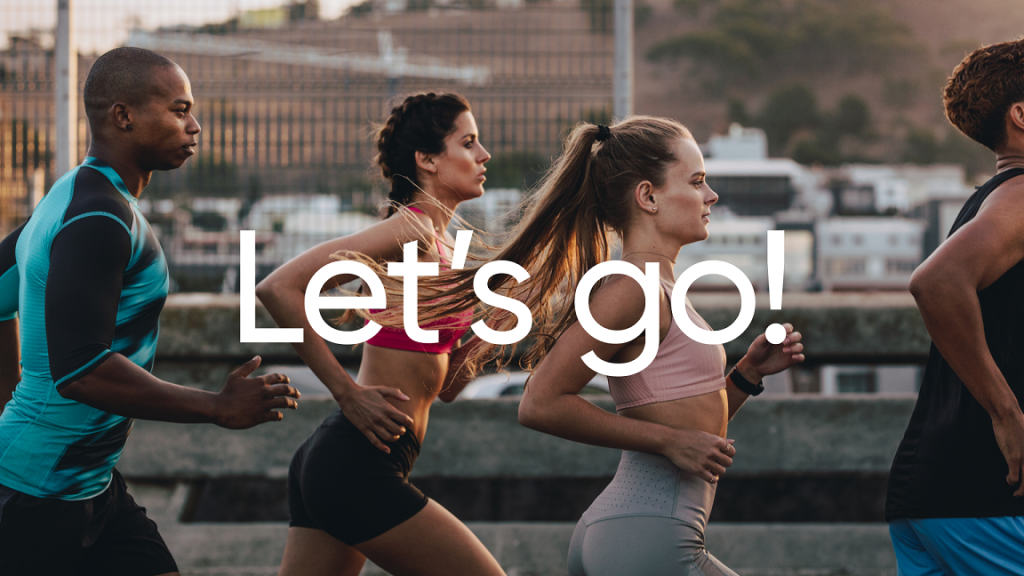 The benefits of running in the morning every day were evident in one study which found that employees were happier and more efficient at the workplace on days when they exercised. (13)

The improvement in mood or performance, however, was not observed on days when they did not exercise.

The benefits of running every day may also be enjoyed by children and young people alike. A study suggests that running or exercise can increase self-esteem in children or young people. (12)

A study looked at different recreational activities and their impact after a learning period. (22)

The group that was made to run performed better than any other group in the study.

The study concluded that running increases cortisol levels and, performed immediately after a learning period, facilitates memorization of neutral information.

Aerobic exercise, like running, has been proven to activate the brain area that is responsible for executive functions like attention control, working memory, or cognitive flexibility (1).

As such, running will help you work towards achieving your goals without losing focus. 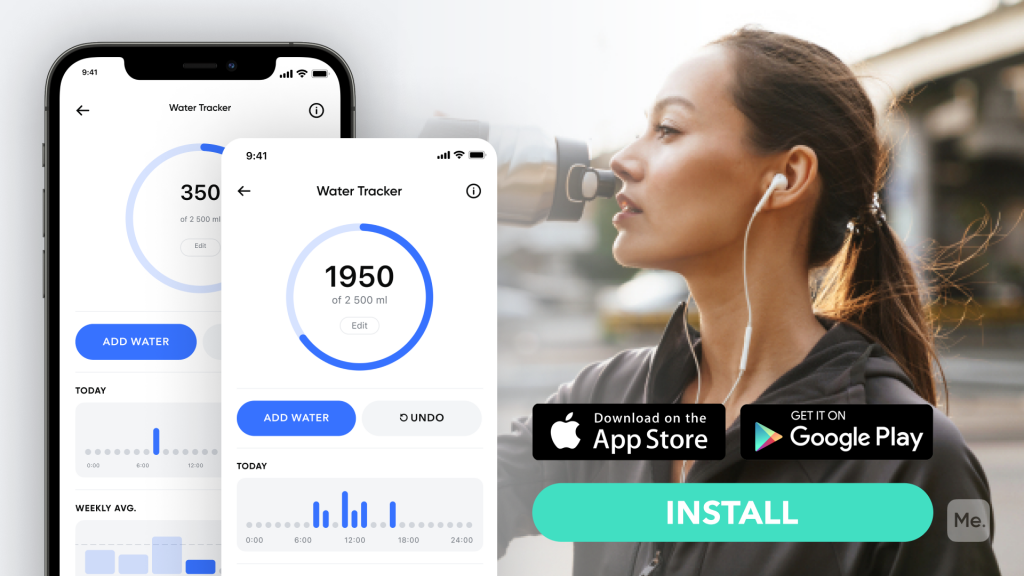 Running ensures deep unbroken sleep. Researchers in one study observed a group of healthy adolescents who ran for 30 minutes at a moderate-intensity pace every morning for three weeks. Their sleep, mood, and concentration ability during the day tested better than a control group of non-runners. (6)

Running may help you to kick out bad habits such as smoking, excessive drinking, and using recreational drugs.

After just a few weeks of running regularly, you will feel that the cravings are not as strong.

A 6-week trial of young adults who reported a persistent feeling of tiredness found improvements in energy levels and a drop in fatigue when they ran (3). 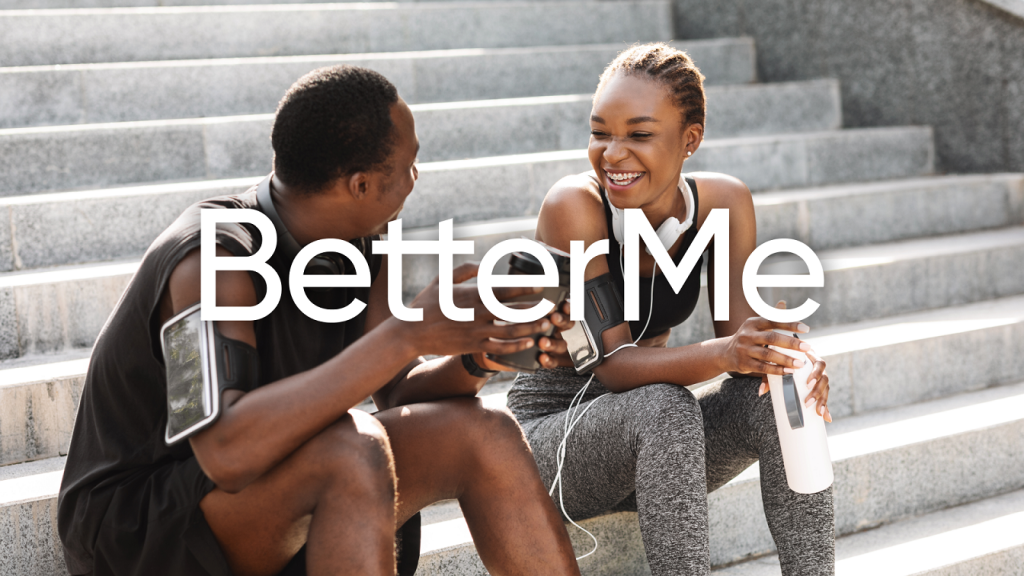 Running also lowers cholesterol levels in the body, which in turn reduces the risk of heart attacks and strokes. (21)

Running even five to ten minutes a day at slow speeds is associated with a drastically reduced risk of dying from cardiovascular disease. (8)

A Medicine & Science in Sports & Exercise study of nearly 75,000 runners and walkers found that running actually doesn’t up the risk of osteoarthritis—even for people who run 26.2 miles regularly. (7)

See also
Can You Build Muscle On A Calorie Deficit?

In fact, the study showed that runners were half as likely to suffer from knee osteoarthritis compared to walkers.

Every time you go on a run, you stress your bones and cartilage, just like your muscles, causing them to spring back stronger.

How many calories do you burn running a mile? The average 150-pound person will burn about 12.2 calories per minute running a 10-minute mile. 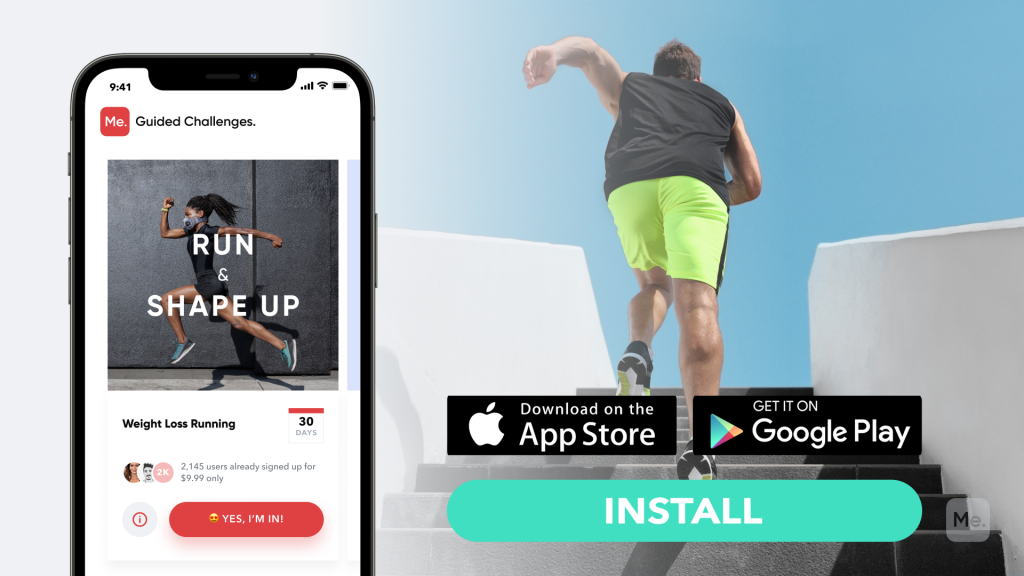 Combining running with a pre- or post-workout meditation session will reap substantial benefits, as stated in the research published in the journal Translational Psychiatry. (20)

Runners have a 25 to 40 percent reduced risk of premature mortality and live about three years longer than non-runners, according to a study published in Progress in Cardiovascular Diseases. (24)

In the study, runners who also regularly took up other aerobic physical activities, such as cycling, swimming, walking, basketball, and racquet sports, had the greatest mortality benefit, with a 43 percent lower risk of death.

For both sexes, mortality from respiratory diseases, cancer, and stroke is insignificantly lower for joggers compared with nonjoggers. 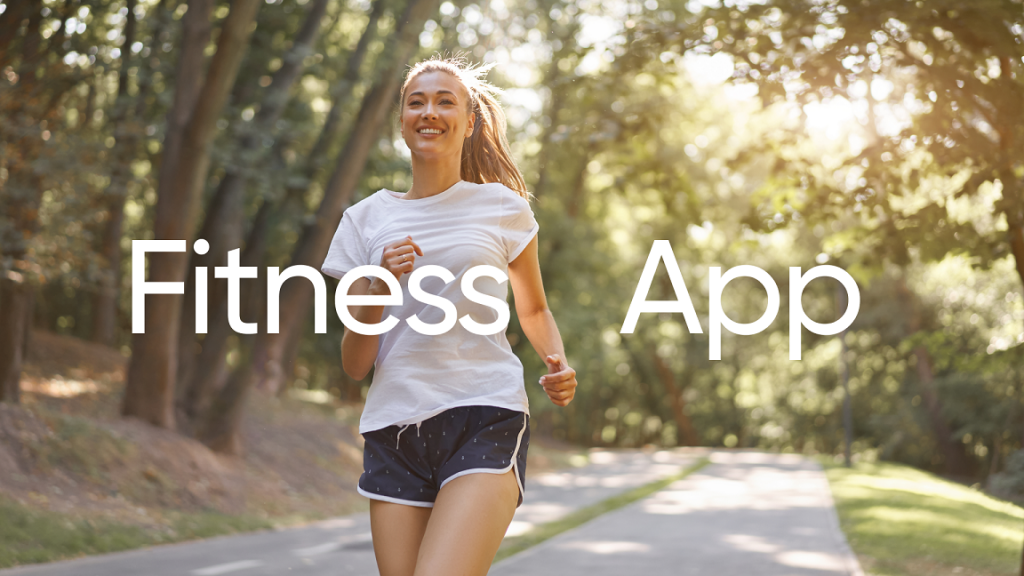 Should You Really Run Every Day?

While the benefits of running every day are quite enticing, you should actually think twice before embarking on a 7-day a week running routine.

The high-impact nature of running puts a lot of stress on your body, which is why you should think twice before choosing to perform this exercise every day.

For one, running every day without incorporating recovery days can lead to overuse injuries such as shin splints and stress fractures (5).

Overuse injuries result from taking on too much physical activity too fast and not allowing the body to adjust. They may also be caused by technique errors, such as running with poor form or overloading certain muscles.

Other overuse injuries include:

Another reason why you probably shouldn’t run every day is tied to a study of 40 elite athletes. (9)

After studying the athletes (who were training for endurance running events) researchers found evidence that some athletes who take part in extreme endurance exercises such as marathons, endurance triathlons, alpine cycling or ultra triathlons may incur damage to the right ventricles of their hearts – one of the four chambers in the heart involved in pumping blood around the body.

If this does not convince you that you probably should not run every day, then maybe this simple fact will: you may be able to experience the same benefits highlighted above from 30 minutes of other daily activity, too, such as walking, cycling, swimming, or yoga.

Is running bad for you? No, absolutely not. But, like any other exercise, you need to run in moderation and ensure that you are not causing more harm than good. 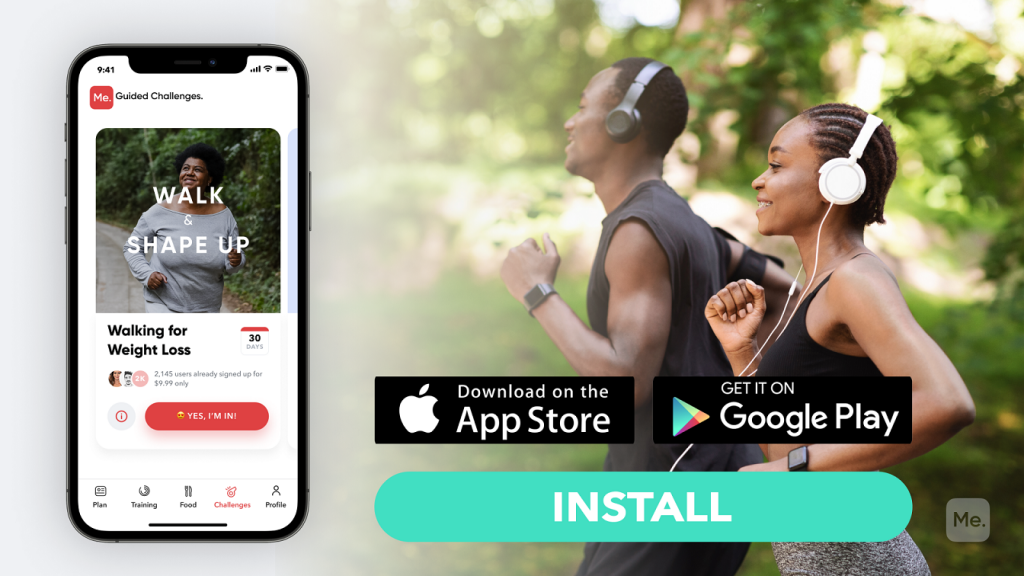 Factors That Can Increase Your Risk Of Injury While Running

Some of the factors that can increase your risk of injury while running or jogging include: 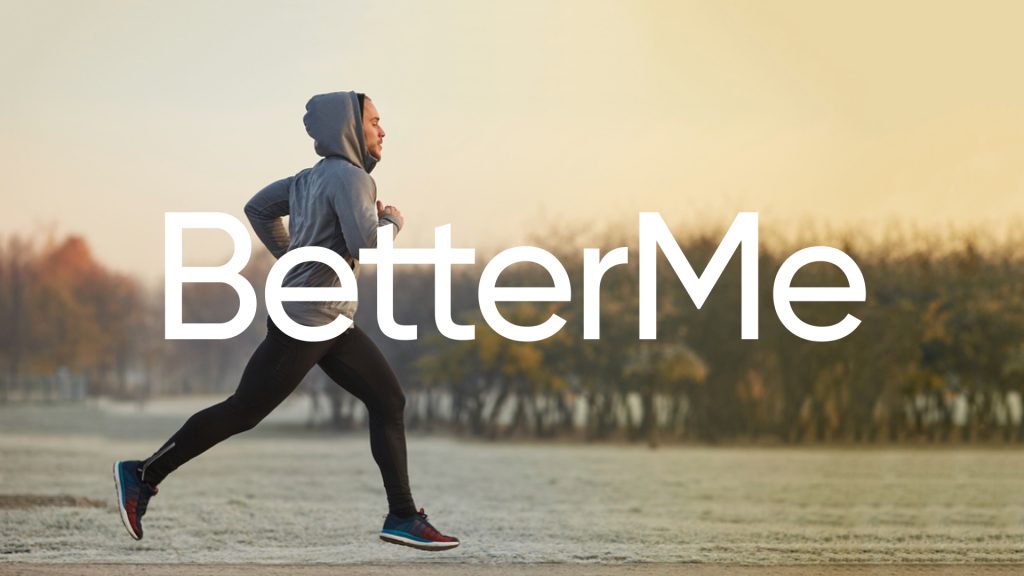 How To Improve Your Running Experience And Avoid Injuries 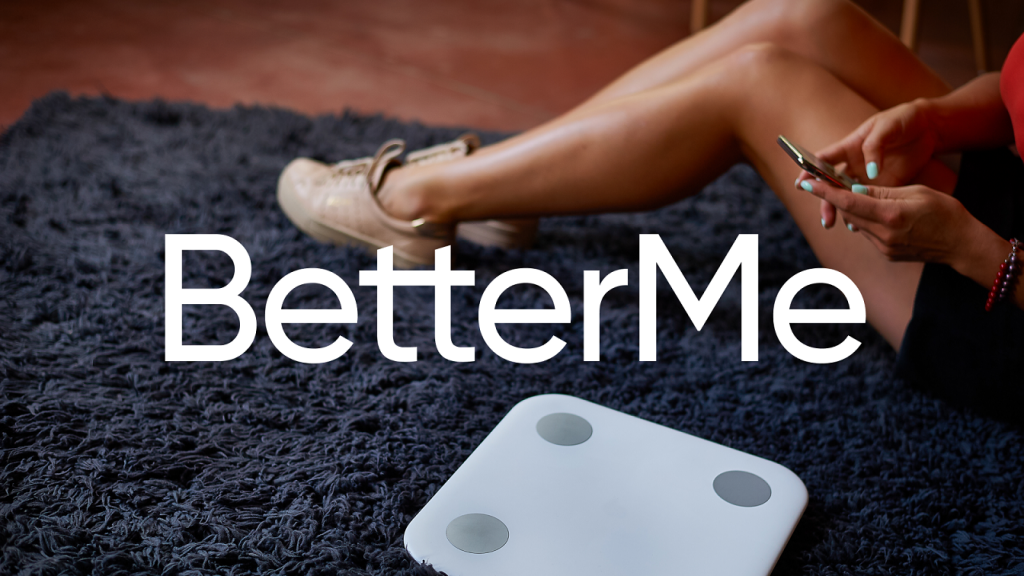 What To Do If You Injure Yourself While Running? 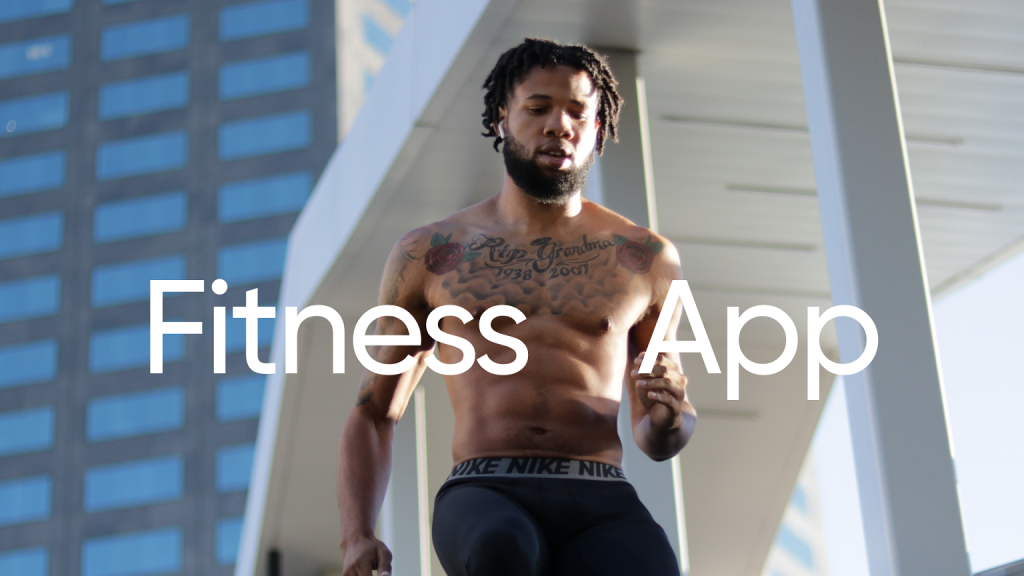 What Is The Perfect Environment For Running?

Preparing For A Run

How To Dress Properly For A Run?

See also
Benefits Of Push Ups Every Day: The Gains And Possible Risks

Yes, it does. Running builds muscle by inhibiting proteins that interfere with muscle growth and decreasing muscle protein breakdown (MPB).

While the benefits of running every day may have you looking up jogging routes, you shouldn’t take it that far. Luckily, you do not have to pound the pavement each and every day to enjoy the benefits of the exercise. Running just 2-5 hours a week or 30 minutes five days a week is enough.

Remember the golden rules of the exercise (or any exercise for that matter) – do not overdo it, and when injured, take a break.

Neat Exercise: Burn More Calories Without Straining Yourself At The Gym

Written by Anoshia Riaz Medical review by I. Grebeniuk
Fitness

Burpee Benefits, Technique, And Everything Else You Need To Know

8 views
Written by ZindzyGracia Medical review by I. Grebeniuk
Get Your Personal Plan
according to your age and BMI
Watch Clip
Get started