Blog Nutrition 7 Foods To Avoid When Trying To Lose Weight

7 Foods To Avoid When Trying To Lose Weight

Although there are hundreds of thousands of edible plants on our planet, most people tend to consume less than ten “foods” in different combinations for almost all meals. While most of these foods may be fine in moderation, some are best avoided altogether because of their adverse effects on our bodies, including the 7 foods to avoid herein. This is necessary just because of immediate health concerns, and some foods encourage cravings that can potentially lead to bad habits.

Man has been eating food for thousands of years, but it still is a topic that creates a lot of fuss. Naturally, people eat to get rid of hunger and fuel their bodies. However, the truth is that food does more than that. Nowadays, people are becoming more and more aware that food plays many crucial functions: keeping diseases at bay, helping the body remain fit, and even elongating life.

7 Foods To Avoid To Lose Weight

When it comes to diet, moderation is the key because almost all types of foods are not good when excessively consumed. However, some have harmful side effects even when eaten in moderation. These are the ones that ought to be avoided completely.

Read More: 7 Foods To Avoid For Better Health And Longevity

Here are the 7 foods to avoid: 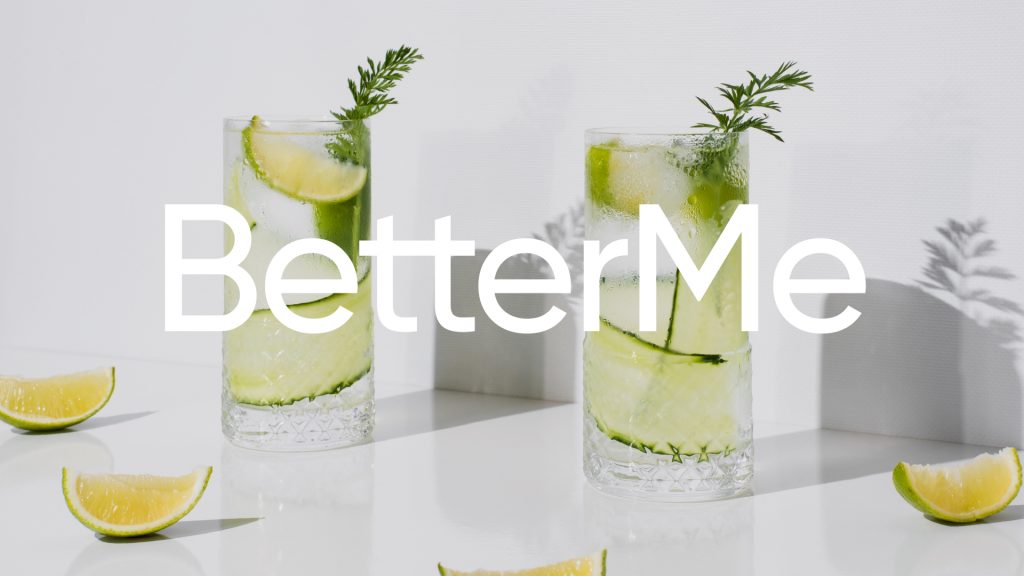 Alcohol is a major killer, and sadly, many people do not count it as food; hence they do not factor it when looking into things not to include in their diet. It should be among the 7 foods to avoid at all costs. For starters, alcohol destroys brain cells in the long run, so why take it in the first place?

The other disadvantage of alcohol is that it massively dehydrates the body; no wonder people urinate a lot even after drinking just one bottle of beer. The fact that the body flushes out the alcohol so quickly should indicate that it is unwanted. Furthermore, in the process, you also lose vital fluid and nutrients contained in the urine. By doing so, cells will shrivel up, leading to more permanent damage if not rehydrated.

Even worse, alcohol causes liver and pancreas malfunction and puts stress on several other organs of detoxification. This prevents the body from performing regular detoxification and brings a huge burden on your systems and eventually speeding up the aging process, which results in organ malfunction (2). 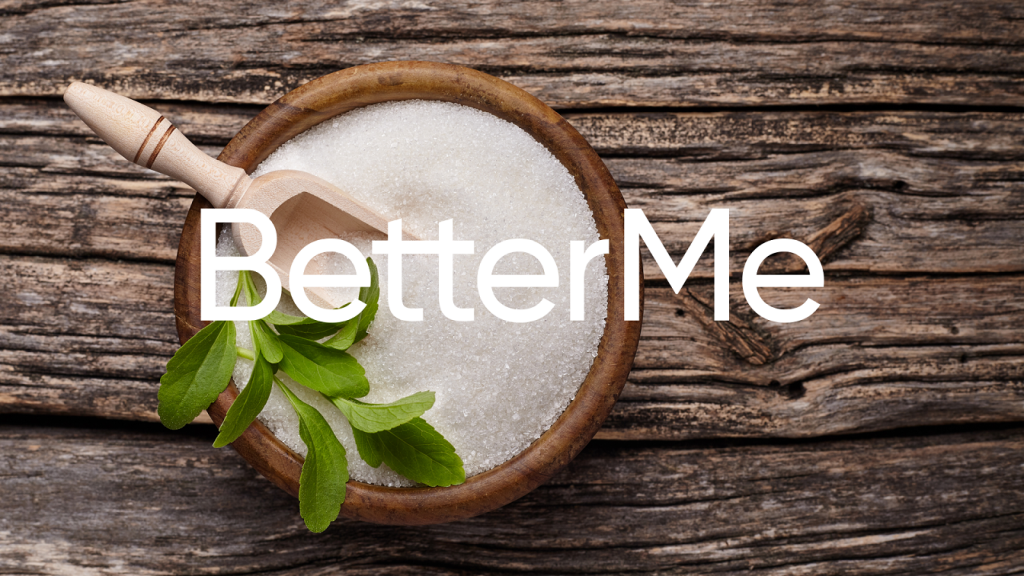 Among the top 7 foods to avoid, artificial sweeteners are probably the worst. Many studies have shown that aspartame and other sweeteners are actually very dangerous. Taking the example of aspartame, the artificial sweetener is often the cause of headaches that can range from mild to debilitating. In worst cases, people have gone to the extent of committing suicide to rid themselves of the pain. People who are sugar intolerant can still be affected by aspartame-containing products even if labeled as sugar-free.

Artificial sweeteners can also affect the serotonin levels in the body of a person. This is a chemical found in the brain and is responsible for regulating mood swings and hunger. When you eat low or zero-calorie food with aspartame, you may gain weight by eating more because you will be feeling hungrier (7).

There are also some indications that such sweeteners can potentially cause depression, brain tumors, and mimicking multiple sclerosis symptoms. This is dangerous because it may lead to misdiagnosis and improper treatment. To be safe, you may want to add artificial sweeteners to the list of foods to be avoided at all costs. 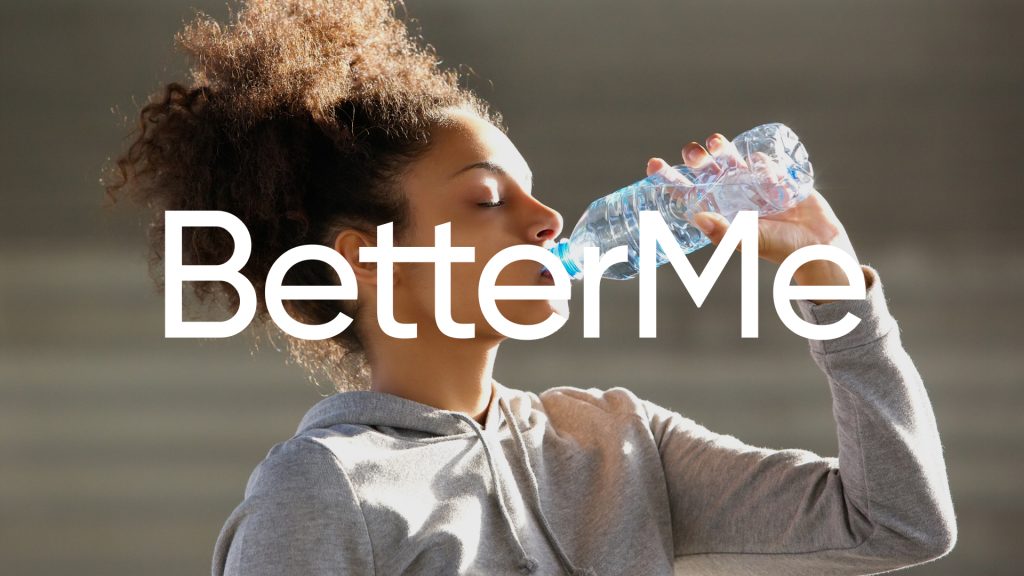 There is probably no better example of empty calories other than soda. Soda does nothing nutritive for the body apart from adding sugar to your diet and weight to your body, so it should be among the 7 foods to avoid for 21 days to see results. In most cases, people do not factor beverages into their healthy eating plans. This may become a stumbling block for a person aiming to stay fit and healthy. It contains sugar, artificial sweeteners, and caffeine. Moreover, it has phosphoric acid and caffeine, which interfere with calcium balance, potentially leading to lower bone density (8).

See also
Matcha Tea Side Effects: 9 Reasons Why You May Want To Drink Less Of This Beverage

Just a small can of soda contains about 138 calories. This means that if you drink two cans, you get the caloric total of a small meal. It would have been a good thing if the soda contained nutritional benefits, unfortunately, it does not. Furthermore, just like salt, sugar is habit-forming. Once you are used to drinking soda every day, stopping the habit may be a bit hard. Luckily, sugar withdrawal does not have any side effects.

Don’t be misled by adverts such as zero-sugar or diet soda and then think that those are healthy options to drink. Even diet soda comes packed with artificial sweeteners, which are also major culprits behind the reason for avoiding soda altogether. 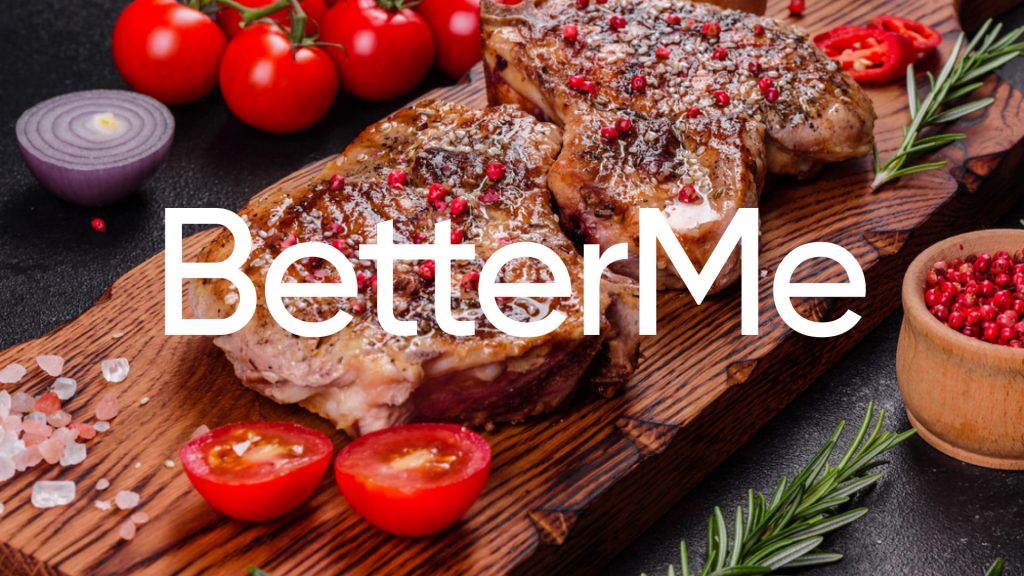 Some people like to stay away from all kinds of meat for an effective 7 foods to avoid diet. If you choose to avoid meat, you don’t need to worry about not getting enough protein because you can still get this macro from plant-based foods. By eating things such as whole grains, legumes, nuts, and seeds, you will absorb all the important amino acids. These are the little components that are from proteins.

If you take the example of soy protein, it contains all eight essential amino acids, just like meat. Soy and other plant-based proteins are healthy alternatives that do not contain the high amounts of saturated fat that meat does. Reducing saturated fat and meat intake can have positive effects on cardiovascular health and reduce the risk for certain types of cancer. 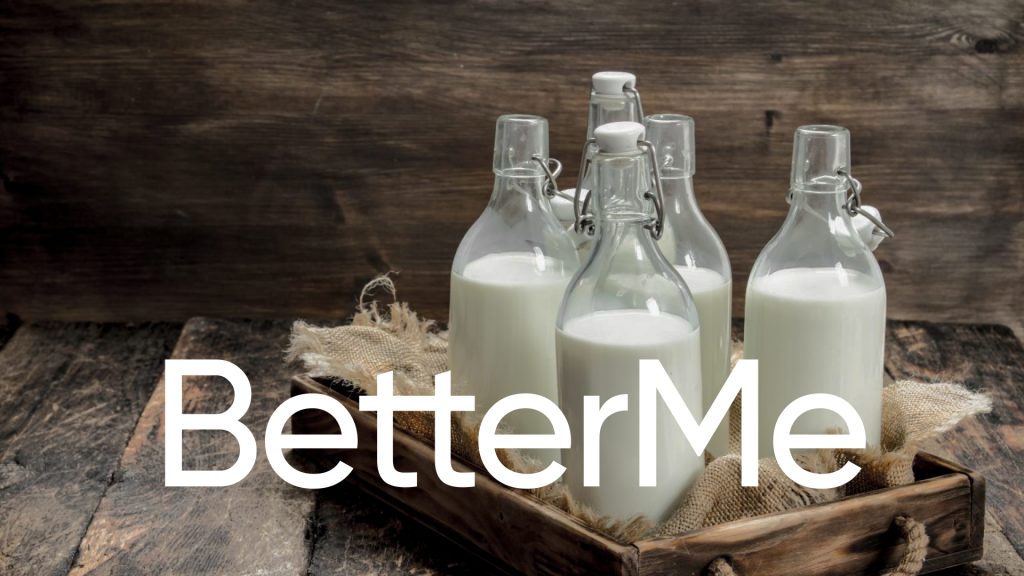 There is a lot of debate on whether humans should consume dairy or not. Many people argue that cow’s milk is designed for young cows, and not for humans. When milk is pasteurized, many of its nutrients are destroyed, and the remaining product can be quite problematic for some people’s digestive systems.

See also
Is Fiber A Carbohydrate? Here’s What You Need To Know

The dependency human-kind has on milk makes it difficult to stop using it, but there are other alternatives. For instance, cow’s milk substitutes containing soy, rice, almond, coconut, oat, or grain can fulfill your cravings for milk with many effects and will not result in any problems you may experience with cow’s milk.

Non-dairy coffee creamers are also a no-go zone. They contain hydrogenated oils that are not good for the body. They also have lots of high-fructose corn syrup, potentially damaging the liver by increasing liver fat. They also have artificial sweeteners, which can cause gastrointestinal issues (5). 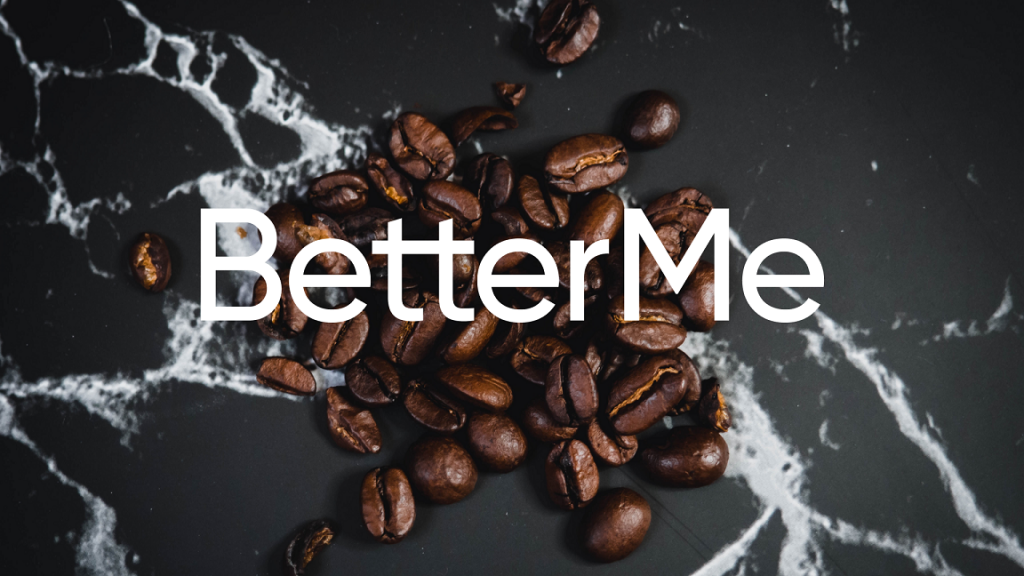 You will realize that most of the foods on this list are generally sweet and quick to prepare or can even be consumed as bought. Coffee is one of those things that happens to be almost everybody’s favorite drink. This easy-to-fix drink can be associated with some strong negative side effects, yet people can’t seem to kick off the habit (12).

The caffeine found in coffee speeds up almost all functions in the body except sleep. What this does is wear out the body, which contributes to speeding up the aging process. Coffee is also a diuretic. When you take it, you may excrete excess fluids and useful nutrients, hence depriving the body of those.

Furthermore, it is not easy to stop drinking coffee because of side effects such as nervousness and headaches. If you have been attempting to kick the habit, you may want to have a cup of coffee nearby but only drink a tablespoon after every hour. This strategy can help you fight your addiction, and within a week, you should have turned on a new leaf (10).

Although excessive coffee consumption can have negative health effects, more moderate coffee intake may actually have health benefits, so perhaps moderation is key (12).

BetterMe will keep you laser-focused on your weight loss journey! Nutrient-packed meal plans, fat-blasting workouts, galvanizing challenges and much more. Try using the app and see for yourself!

See also
When To Eat Protein: Answering The Most Commonly Asked Questions About Protein Consumption 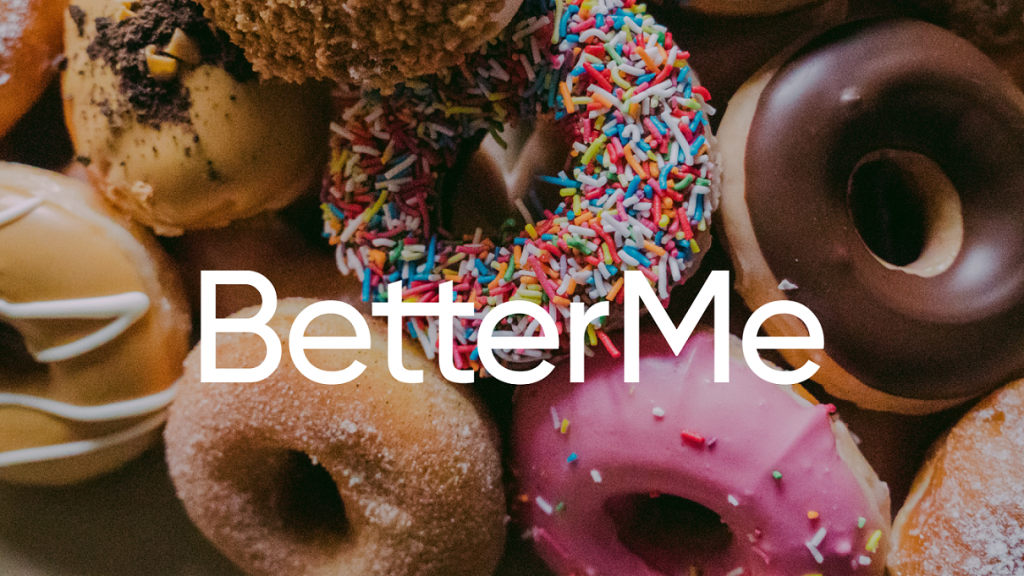 Added sugar is a very regular thing present in almost all meals of most people and probably tops the 7 most unhealthy processed foods you need to avoid. Think about it; there is sugar in desserts, candy bars, cereal, coffee, juices– name them all! Added sugar seems to be everywhere.

A good number of people think they do not consume sugar without knowing that it can also be disguised as sucrose, high fructose corn syrup, or any other ingredient that ends in –OSE. When sugar is contained in a portion of whole food, such as an apple, the food’s fiber pushes the sugar through the digestive tract, and some of it is absorbed slowly. The body can handle such small amounts of sugar by converting it to glucose which it utilizes as energy (13).

When cells have enough glucose, the liver converts it into glycogen. It is stored to be used by the body later when it needs energy but does not have enough glucose circulating in the blood. Basically, the stored glycogen is released and turned back into glucose.

If it so happens that all the places where the body stores glycogen are filled up, then the liver will have to convert it into Triglycerides. After this conversion, they are then stored as fat. This is a simple explanation why people gain weight even when eating food that is low on fat because sugar has the same effect (9). 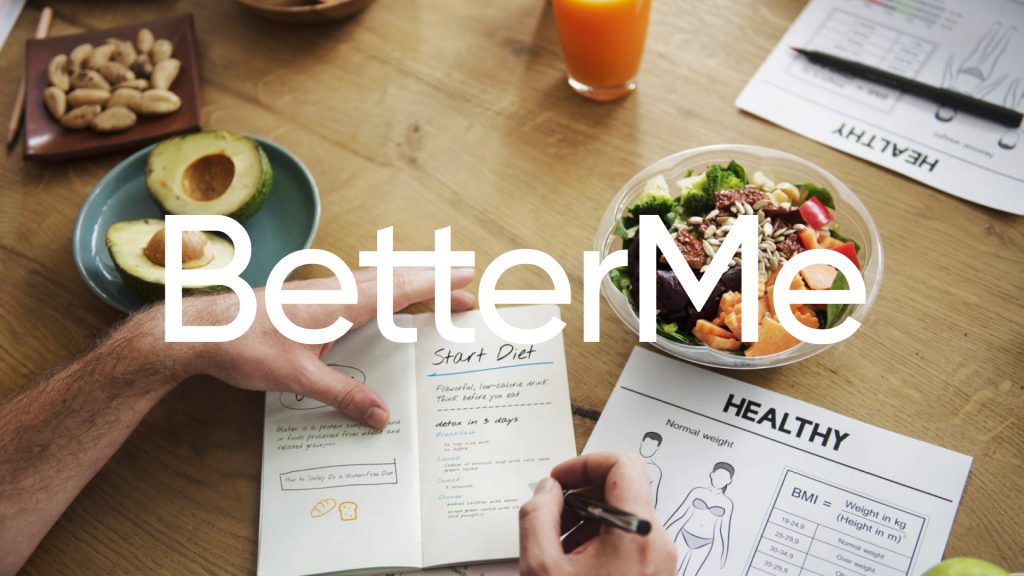 The problem for most people is that they tend to have a minimal diet of the foods they like, which they stick to for as long as they live. Some of the foods favored by many people are not always the healthiest. On top of that, modern food is filled with things like added sugars, fats, flavors, preservatives, and other additives. These things are meant to improve shelf life and reduce waste, but they can also cause weight gain and chronic disease risk over the long-term. If possible, reducing your intake of highly processed foods and going for more whole and minimally processed foods may be beneficial for your health and your waistline.

The Truth About Targeting Stubborn Fat Deposits: A Guide To Fat Spot Reduction

Identifying Signs You Are Losing Muscle

Written by Jessica Radcliffe Medical review by I. Grebeniuk
Get Your Personal Plan
according to your age and BMI
Watch Clip
Get started